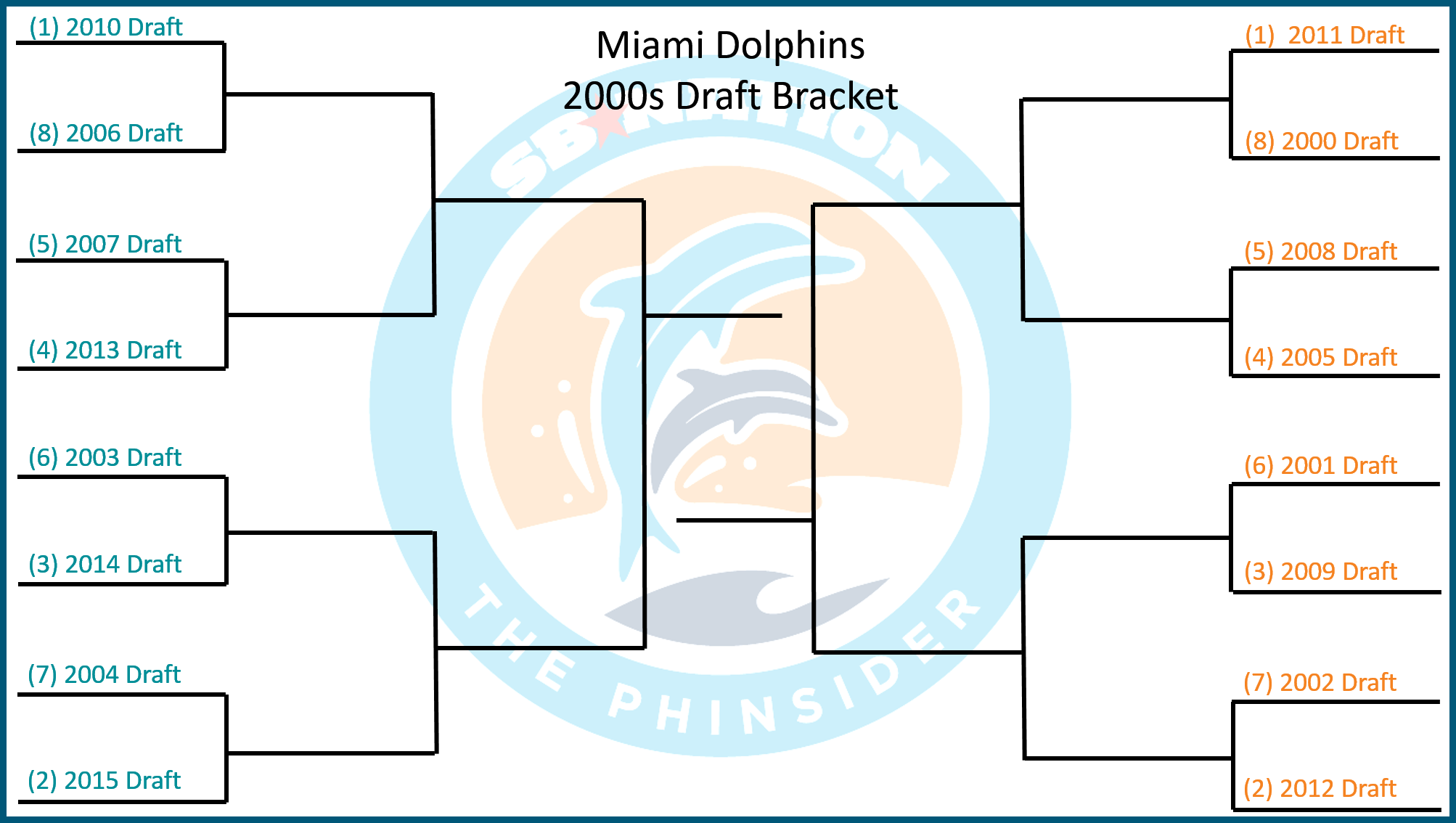 We have completed yet another matchup of the first round in our Miami Dolphins 2000s Draft versus Draft tournament. On the orange side of the bracket, we have already seen the tipoff of the top-seeded 2011 Draft against the eighth-seeded 2000 Draft, The third-seeded 2009 Draft Vs. the sixth-seeded 2001 Draft, as well as the fourth-seeded 2005 Draft and the fifth-seeded 2005 Draft. This evening, we will take a look at and vote on the final game from this round, with the second-seeded 2012 Draft facing off against the seventh-seeded 2002 Draft.

With no first- or second-round pick, the only thing that keeps the 2002 Draft from being an eight seed is the presence of fourth-round selection Randy McMichael in these picks. To be fair, the traded picks were used well, especially bringing in Ricky Williams, but it does make the draft picks themselves a little less spectacular. McMichael started all 80 games during his five seasons with the Dolphins, catching 283 passes for 3,096 yards with 18 touchdowns as the team's tight end.

Seth McKinney spent four years with the Dolphins, moving into the starting lineup for the second pair of those seasons, playing a total of 61 games for the club, with 34 starts, primarily playing center. Sam Simmons played in 11 games for Miami in 2003, all as a returner, with eight punt returns for 12.5 yards per return average and three kick returns for 21.3 yards per kick average. Omare Lowe appeared in one game, and running back Leonard Henry appeared in six games in 2004, carrying the ball 46 times and 141 yards.

The Dolphins received pick 170 (fifth round) as a compensatory pick.