Share All sharing options for: Bill Lazor fired because of 'anemic' offense, frustration from Dan Campbell

The Miami Dolphins offense has featured a pass-happy offense that cannot establish the running game and does not stay committed to the run. The team has asked quarterback Ryan Tannehill to throw the ball on nearly every play, despite being behind an offensive line that struggles to pass block and defenses knowing Miami is most likely throwing the ball in every situation. It has frustrated fans to watch a team that has two capable running backs in Lamar Miller and rookie Jay Ajayi, never use the weapons they have.

Campbell was promoted to the interim head coach position after the Dolphins lost to the New York Jets in Week 4, a loss that led to the firing of head coach Joe Philbin. Campbell then decided to relieve defensive coordinator Kevin Coyle of his duties, looking to find a way to spark a defense that was severely underperforming. On offense, however, Campbell chose to keep offensive coordinator Bill Lazor, believing that releasing the restrictions on the running game Philbin had in place would help the offense open up the playbook. 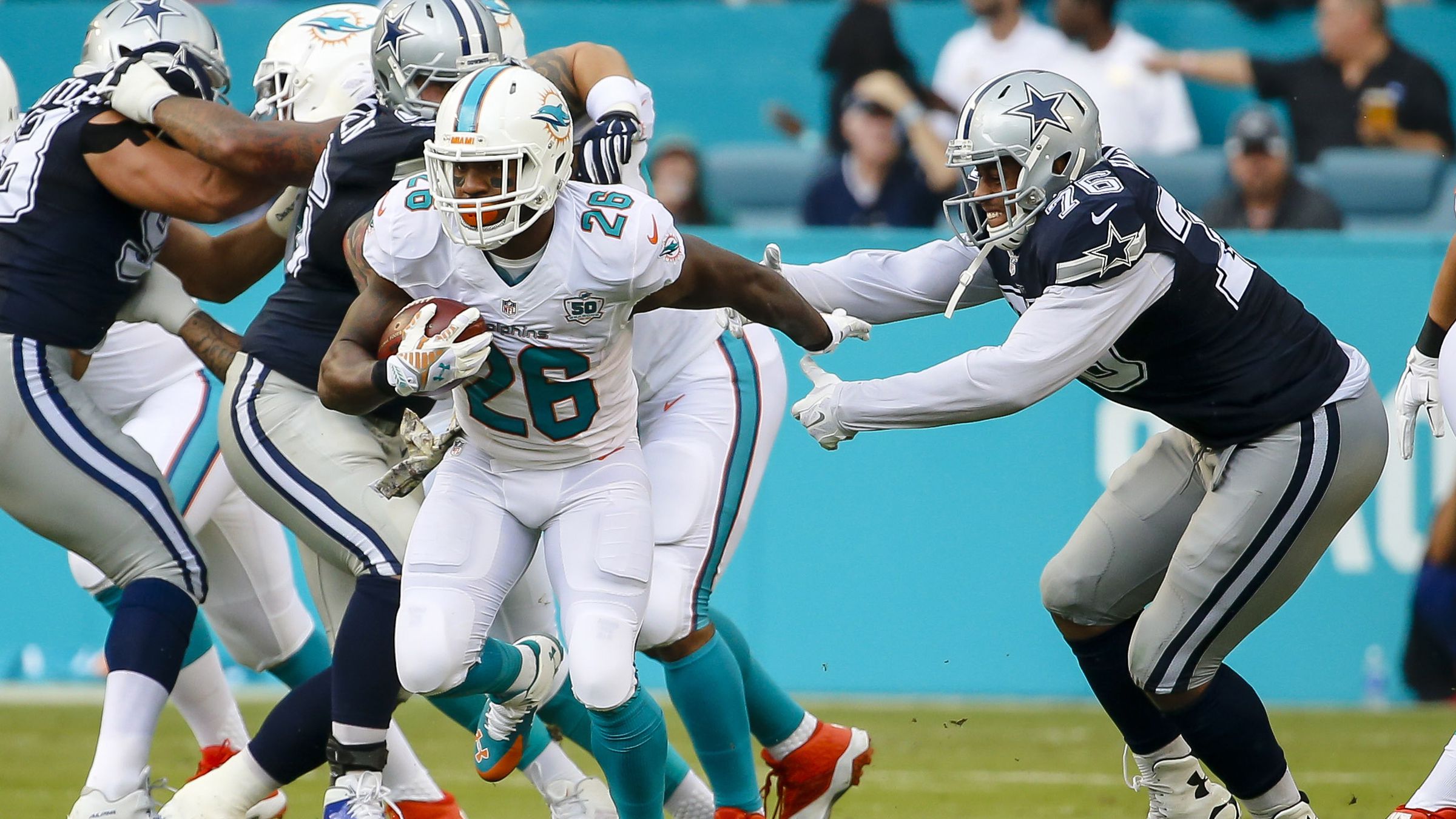 Eight weeks later, the Dolphins were again beaten by the Jets, and there was no change in the offense. On Sunday, the Dolphins ran the ball a total of nine times. Tannehill threw 58 passes, in comparison. That was no where near the balance Campbell has repeatedly expressed is his desire. After weeks of answering questions about why the Dolphins do not run the ball more, Campbell decided it was time to make a change.

According to the Miami Herald's Armando Salguero, it was absolutely Campbell's decision to fire Lazor, and not pressure from anyone else within the organization. Salguero adds "Campbell has shown signs of displeasure with offense in recent weeks."

The Herald's Adam Beasley added that the run game was the biggest point of contention between Campbell and Lazor, "Campbell wanted Lazor to run the ball more and Lazor did not." Beasley also pointed out that the move "makes sense if you see it through the lens of clearing out dysfunction in (the organization) rather than any effory to save season/jobs."

Campbell met with the media on Monday, following Lazor's dismissal, and confirmed the firing was his decision. He told reporters that he is not happy that no one in the AFC East fears the Dolphins right now and described the offense as "anemic." He said he reviewed everything on the plane ride back from the Jets game and then he spoke with owner Stephen Ross and Vice President of Football Operations Mike Tannenbaum to inform them of his decision.

The Dolphins promoted Zac Taylor to the offensive coordinator position. Campbell mentioned he has known Taylor for four years, and that Taylor has been in the quarterbacks room all that time. He decided that Taylor, instead of offensive senior assistant Al Saunders, would make the best play caller.

The Dolphins next play the Baltimore Ravens on December 6.