Weekly, we will take a look back at the snap counts for the Miami Dolphins from their most recent game. This week, it's a look at the team's 33-20 win over the New England Patriots.

Earlier today, we took a look at the Miami Dolphins offensive snap counts against the New England Patriots. We come back now to look at the Dolphins' defensive snaps in their 33-20 victory over their AFC East rivals.

The defense held up during 86 defensive plays, with 17 different 20 Dolphins players taking at least one defensive snap. Miami also had eight players take snaps only on special teams during the contest, which are listed in the chart below. 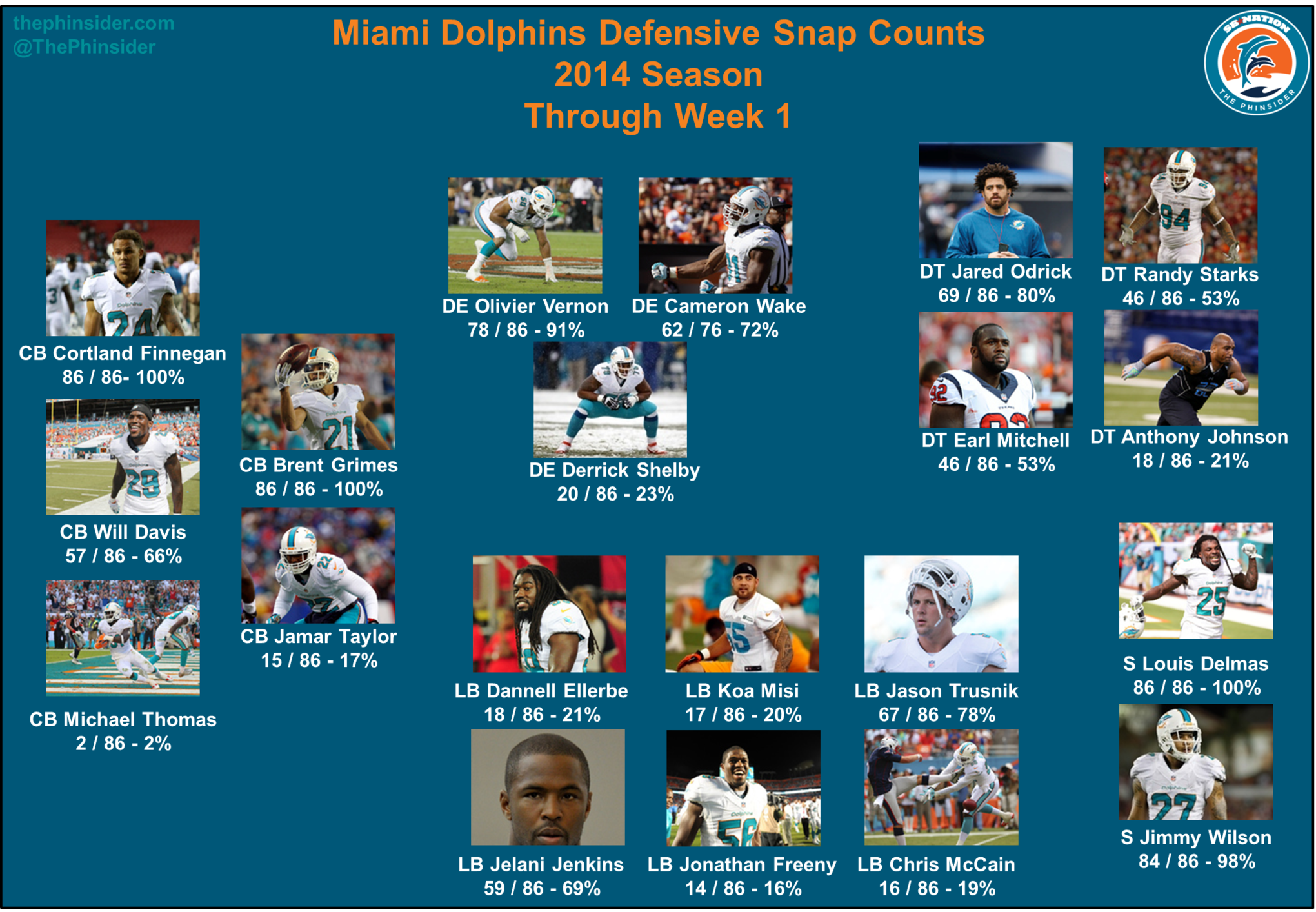