The masses have spoken; 70% of the time it works...EVERY TIME!

Share All sharing options for: Strikes & Gutters: A Requiem for Fantasy Football Advice

If ten year old jokes, dated pop-culture references and mediocre fantasy football advice are your things, then you have come to right place my friend. The 2014 NFL season kicks off tonight (finally!!!) and we couldn't be happier about it. Let's turn the page on last season's respective debacles, both in the fantasy realm and the real world where the Dolphins late season collapse and ridiculous bullying scandal left us more embarrassed than usual, and give way to hope. Fantasy Draft season is over. Meaningless scrimmage season is over. The real bullets begin to fly at 8:30 PM EST TONIGHT!!! Everyone is 0 - 0, we all have a shot at the play-offs and perhaps the Superbowl (except Browns fans... yeesh). This column will feature the same format as last season, I'll give you 5, under-the-radar, sure fire strikes along with 5 gutters whom you should avoid at all costs. This is way more difficult than it sounded initially, and even though I hate challenges I still aim to give it my best shot. Let's see if we can improve upon that C - average from last year. ON TO THE STRIKES!

Colin Kaepernick: OOOOOH MAN.... This dude burned me numerous times last season. But opening week against the Packers swiss cheese defense he exploded for over 30 points. The matchup is even better this year. Dallas gave up 1 squillion yards last year. Look it up. Book it Kap is huge this week.

Percy Harvin: Think he's a little anxious to get back on the field? I bet the Seahawks get him the ball early and often. Seattle is going to be electric tonight and Harvin is arguably the most electric player in the league when healthy which he appears to be. Typically drafted as a WR2/3 I expect massive production tonight.

Emmanuel Sanders: No Welker, a very balanced and angry Broncos offense at home against a mediocre defense without its best pass-rusher. Look for a LOT of catches. Maybe not a ton of yards and TDs are tough to predict, but I expect Sanders to do well in PPR formats in Welker's absence.

Mark Ingram: Stop me if you've heard this one before. Atlanta's defense is much improved.... 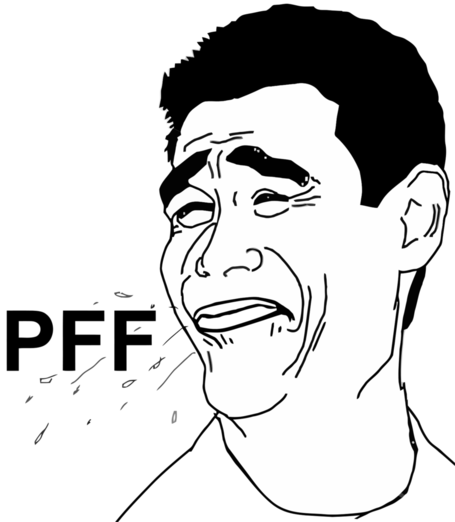 Courtesy Dolphin Start of the week, Knowshon Moreno: I really like Brian Hartline in this match up too as I see Revis taking Wallace out and a lot of attention being paid to Clay. But I feel like Moreno, who shredded the Pats last year and is eager to make a good impression gets it going early. I'd like to see the offense play a little bit of ball control in this matchup, take advantage of the heat and wear the Pats down. But honestly, this is week one and we have NO idea what's going to happen.

Cam Newton: I think the Bucs defense is legit. I think the Panthers offense is going to struggle especially in the passing game. If you have a viable back up with a better match up, like Russel Wilson, Kap or say Carson Palmer I'd go that route.

Robert Griffin III: The Texans defense, especially the pass rush is going to be difficult to contain this year. The Redskins offense hasn't inspired much hope throughout the preseason and RGIII looks very gun shy. I'm not buying it.

Colts RBs: I don't even know where to begin. I think they will be behind quickly on the road in Denver. Richardson is garbage and Bradshaw is being held together with silly puddy at this point in his career. Avoid at all costs if you can.

Cordarrelle Patterson: I actually like him very much this season, but not in this game. The Vikings and Rams seem to be destined for a good old fashioned offensive struggle. Shaun Hill.. Matt Cassel... TWO MEN ENTER ONLY ONE WILL SURVIVE... 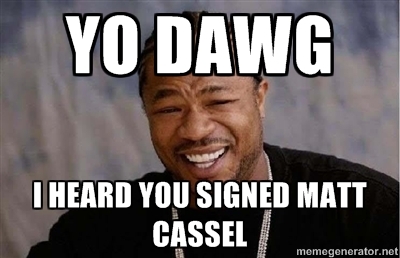 I'm glad I'm not in either of those markets on Sunday. Who am I kidding, it's been so long I'd watch the Jags play the Bills on a high school field in Toronto if they televised it.

Courtesy Dolphin Sit of the week, Mike Wallace: I hope I am wrong, but I see him being stranded on Revis Island. He was invisible in the Bucs game last season when Revis was in his back pocket all night. I still think this will be a big season for Wallace, but this is a tough assignment out of the gate.

There you have it folks, the sorrow and despair of the offseason is now behind us. The 2014 NFL slate begins tonight with so many dreams of greatness. Week 1 is always the most difficult to predict, but I'm confident of a few things: The Chiefs will not be any good this season. The Browns, Bills, and Jaguars will win less than 12 games combined. The Broncos, Saints, and Packers will have the best offenses in football. Many things have changed since last year, I'll miss Mark Sanchez most of all, but some things remain constant. 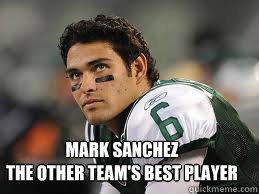