6 Things to Watch in Miami Dolphins at Oakland Raiders

Six things to keep an eye on when the Dolphins and Raiders face off at Wembley Stadium in London.

Share All sharing options for: 6 Things to Watch in Miami Dolphins at Oakland Raiders

The Miami Dolphins have crossed the Atlantic to take on the Oakland Raiders in London. This is pivotal game that has implications to get Miami's season back on track or start them on the track for a top-5 pick in next year's NFL Draft.

Here are six things to keep an eye on in this crucial international game.

1. The Home crowd at Wembley Stadium

The Raiders are at "home" this week, but it will be interesting to see who has hearts of the crowd in London. The Dolphins are historically one of the most popular NFL teams internationally.

Considering the Dolphins' struggles to play with a high intensity level, having the crowd behind them for this away game would be huge. Not only would the Dolphins absorb the energy of the crowd, they would also bypass the hostility that comes with most away games. 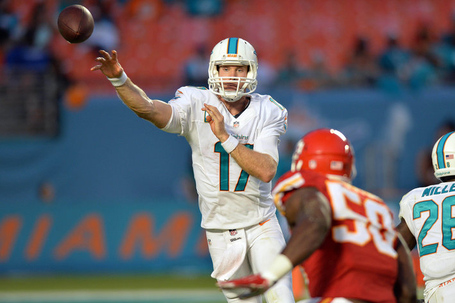 It's no secret that Tannehill's job security isn't what it used to be. Now that his honeymoon phase in the NFL is over, it's time for him to be productive consistently.

Tannehill needs to be better on third downs, in the fourth quarter and in the redzone. If he can improve these areas, and his wide outs can limit the drops, then Tannehill's play (and numbers) will improve and the Dolphins will win games.

3. How the team plays

It will be interesting to see how the Dolphins play Sunday. Are they playing nervous? Looking to not make mistakes? Scared of losing again?

If Miami plays like this, they will certainly lose the game. The Dolphins need to play aggressively, confidently and with fire against the Raiders. Everyone on the team needs to be looking to make a play.

4. The amount of mistakes the Dolphins make 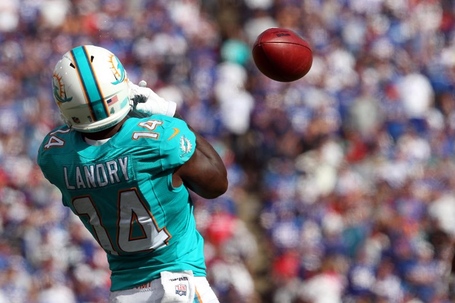 I yearn for the day that I won't have to watch for this, but that day won't come Sunday. The Dolphins have been riddled by mistakes throughout this young season, and until that trend discontinues the Dolphins will continue to struggle on the field.

This team needs to be more discipline and technically sound. Everyone could see that after last week's 19-point loss against the Chiefs.

It will be interesting to see if the coaching staff made the necessary changes to improve the focus of these players to eliminate the costly mental errors.

5. How the Dolphins handle a rookie QB

The Raiders will be starting Derek Carr, a second round pick in the 2014 NFL Draft. Carr will be starting his fourth NFL game, so Miami should be looking to take advantage of his inexperience.

Despite the fact that he is a rookie, Carr has shown that he can make NFL throws. Carr has a strong arm, but he makes mistakes like any other rookie.

"He’s obviously protected well in the past few games, and that’s something that we definitely have to change in this upcoming game," said defensive end Cameron Wake.

The Dolphins defensive line needs to harass Carr into making mistakes, then the defense as a whole needs to capitalize on these mistakes and pull down their first interception of 2013.

The Dolphins' effectiveness on defense and ability to disrupt Carr will directly stem from...

6. How well Miami stops the run

Oakland will have both Maurice Jones-Drew and Darren McFadden available Sunday. When both are healthy, the duo combines to be one of the best two-headed rushing monsters in the league. 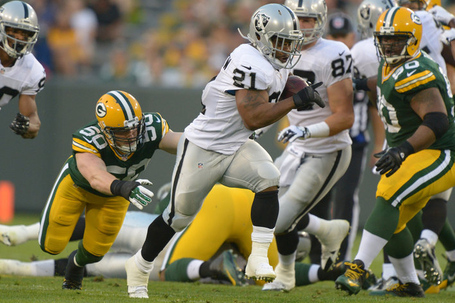 Jones-Drew is a pinball that is extremely tough to get to the ground due to his low center of gravity, and McFadden is a home-run threat who can put six points on the board any time he touches the ball.

Oakland has a similar type arsenal to that of the Buffalo Bills at running back, but aren't as physical up front.

Unfortunately, the Dolphins will be without Randy Starks, one of their best all-around defensive linemen, against the Raiders.

The Raiders have a bigger, slower offensive line, so the quicker linemen, like Jared Odrick and Earl Mitchell, could be extremely disruptive if they can penetrate and blow-up plays in the backfield.

If Miami's linemen get overpowered by the mammoths that the Raiders possess on their offensive line, it'll be a long day for a defense that's trying to smother the run game.

It will be interesting to see just how hot Joe Philbin's seat gets over the next few weeks. Stephen Ross was angry with Philbin after the latter unnecessarily created a QB controversy last week. It's why Philbin admitted to handling the situation incorrectly. I wouldn't expect someone like Philbin to openly admit being wrong without some persuasion from his boss.

If this game is lost it's very likely that rumors of coaching change will swirl around this team as they head into their bye week 1-3.