Every week we will take a look back at the snap counts for the Miami Dolphins from their most recent game. This week, it's from the team's 29-10 loss to the Buffalo Bills.

The Miami Dolphins suffered their first defeat of the 2014 NFL season, dropping at the hands of the Buffalo Bills with a 29-10 final score. The Miami defense struggled to slow the Bills attack outside of the redzone. Whenever Buffalo reach the Dolphins' 20-yard line, however, the defense suddenly kicked it up a notch and shut down the drive, leading to five field goal attempts from former Dolphins and current Bills kicker Dan Carpenter, who hit four of them. We take a look at the snap count for the Dolphins' 59 defensive plays for all 17 defensive players.

We also update our running total for the season in the graphic at the end. 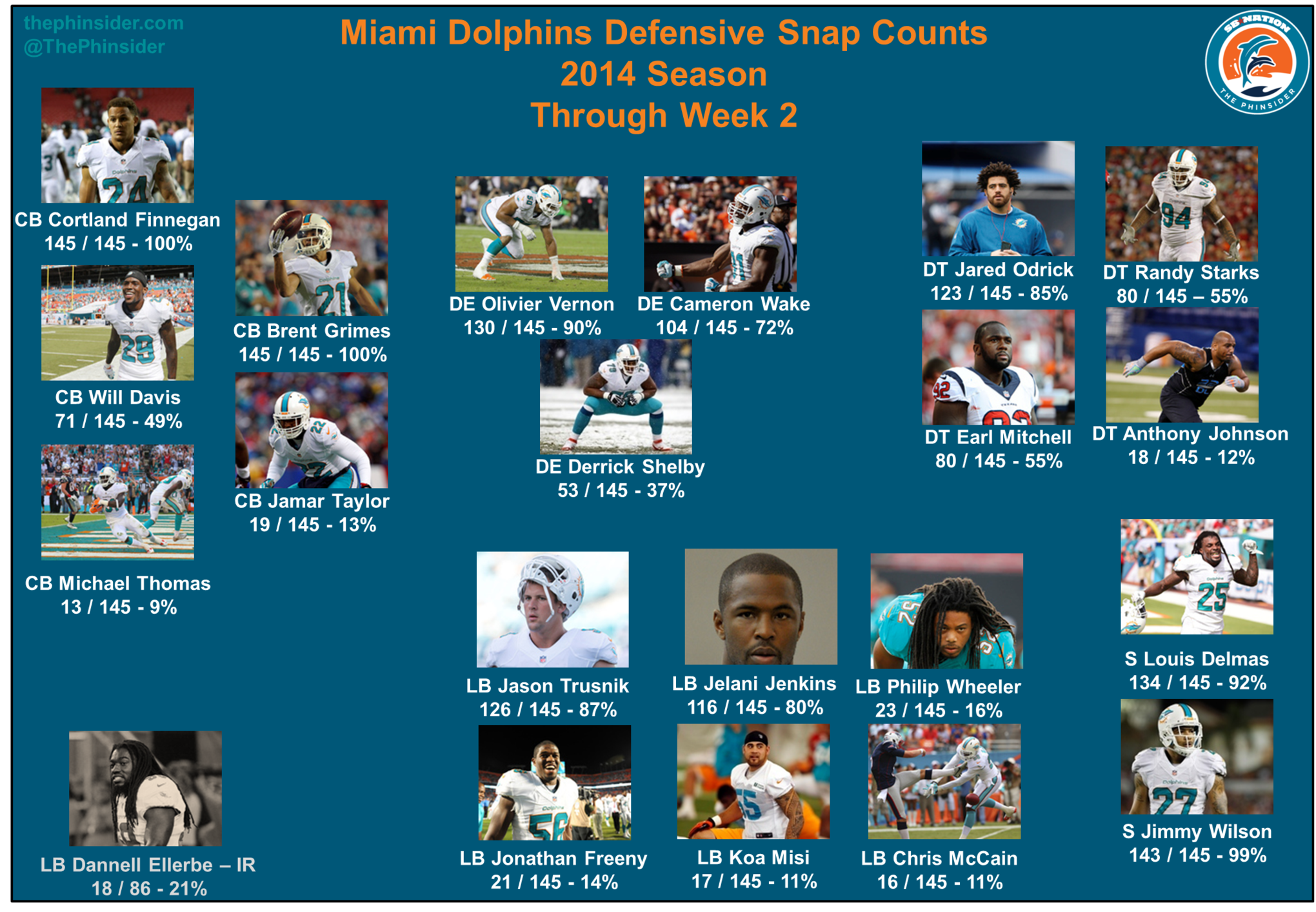