Every week we will take a look back at the snap counts for the Miami Dolphins from their most recent game. This week, it's from the team's 29-10 loss to the Buffalo Bills.

The Miami Dolphins suffered their first defeat of the 2014 NFL season, dropping at the hands of the Buffalo Bills with a 29-10 final score. Miami struggled to find any sort of rhythm on offense, despite running 79 plays during the contest. Miami used 19 players over those plays, with the breakdown of who played how many snaps below.

We also update our running total for the season in the graphic at the end.

This week, only one offensive player took just special teams snaps, and he has been included in this list, rather than on the defensive list like we did last week.

The defensive snap counts will be posted later. 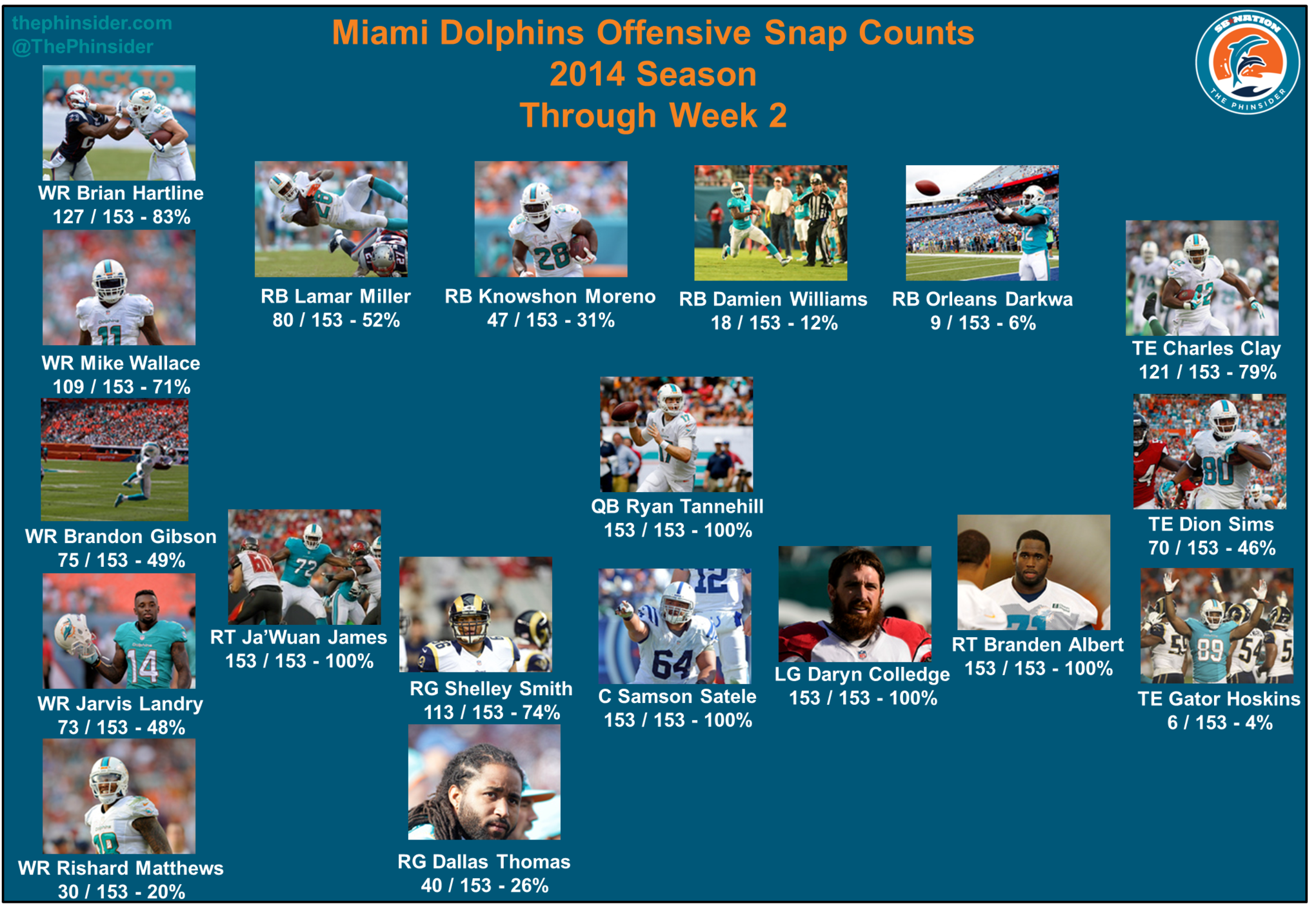