Will you get the Dolphins vs Bills game in Week 2?

The Miami Dolphins visit the Buffalo Bills this weekend. Will you get to watch the game? We look at the map.

Share All sharing options for: Will you get the Dolphins vs Bills game in Week 2? 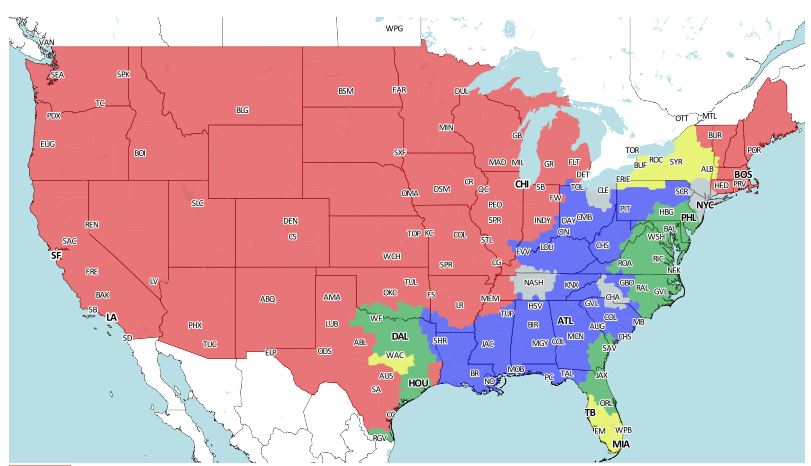 The Miami Dolphins head to New York this weekend to face the Buffalo Bills in an AFC East showdown. The game will air on CBS in the 1pm ET slot, but where will it actually air? Thanks to 506Sports.com we have the answer.

On 506 Sports' map, the yellow represents everywhere the Dolphins at Bills contest will air. South Florida up to Tampa will get the game, as will nearly all of New York (outside New York City). there's also an area in Central Texas that will pick up the game. For everyone else, it's either a NFL Sunday Ticket or sports bar day to get the game.

The announcing for Miami's game will be handled by Tom McCarthy and Adam Archuleta.

The top game for the early time slot on CBS this week, represented with the red coloring, is the New England Patriots at Minnesota Vikings contest.

We will bring you everything you need to know to watch the game tomorrow morning.