Most experts and fans saw Wallace's performance last season as a disappointment. What this article presupposes is: what if it wasn't?

Share All sharing options for: Mike Wallace: A Fantasy Perspective

Good Morning true-believers, as the dawn of a new season of Miami Dolphin football approaches it's important (however painful) to remember how it is we got here. It's well-documented that the Dolphin offense has struggled mightily over the past 14 years. The fans were sold the idea of a new big play offense helmed by a young franchise signal caller with the fastest man in the NFL running go routes on the outside, by management last season. At times, this dream appeared to be a reality, but a bullying scandal, late season collapse and porous offensive line are all we were left to take from 2013. Let's highlight the performance of one Mike Wallace from a numbers and fan perspective. He was supposed to be the missing ingredient a year ago, and most pundits labeled his first season as wildly disappointing.

As fans, we saw the man consistently running by coverage only to have Ryan Tannehill over or under throw him badly. I can recall a few drops and also, a lack of ball skills, but Wallace has never been a "go get it" type receiver. I do think he's a bit under rated as a route runner, personally. My only issue with him is that he lacks the physicality of most NFL WRs, but he makes up for that with world class speed. I digress, a look at his numbers show 73 catches, 930 yards and 5 TDs. Clearly not worth the hefty contract he signed before the start of last year. But, he did what he was asked to do, and aside from the first week of the season in Cleveland, he was a very good soldier. He never threw his QB under the bus, and said all the right things despite being frustrated by his lack luster production.

Let's just for a moment assume that Tannehill had hit him on 5 of the seemingly hundreds of missed wide open go routes last season. Say 4 of them went for TDs and the average gain was 40 yards. I think I'm actually being conservative on these estimates given just how many times the two failed to hook up. That gives him 78 catches for 1,130 yards and 9 TDs. More importantly, these failed connections would have led to more victories given how close the Dolphins were in defeat many times last year.

I truly believe, this is the closest the Dolphins have been to being a complete team since Ricky Williams' first season here. There were obvious issues with the team last season, most pressing and severe were on offense. I believe the biggest problem (even bigger than the o-line) is getting the Tannehill to Wallace connection to click. I don't often say that a player's fantasy performance directly affects W's and L's, but this is an exception to the rule. At least two games were lost last year because of missed connections on the deep ball (Baltimore and Carolina are the first two that come to mind) and while there were clearly other reasons for losing, when you hit a home run on a go route many other problems or holes are masked quickly.

Can Wallace become the viable #2 Fantasy WR I projected last season? I don't know. I actually still have confidence that Tannehill can turn the corner and Bill Lazor's new system will be a success. I don't blame Wallace for his seemingly lack luster season. He did exactly what he was asked to do, and didn't really cause a stir when his QB clearly couldn't hit him on the deep ball. I'm excited to (hopefully) see this offense take the next step. the pieces are in place and I still think Wallace is great value in Fantasy this year given his rankings and the perception that he was a bust last year. 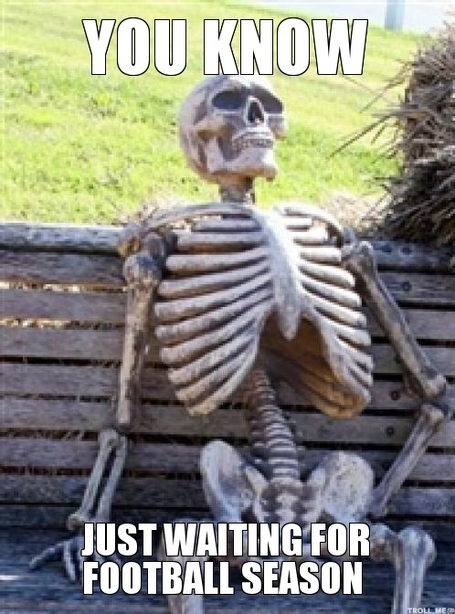