The Miami Dolphins will trim their roster from 75 players down to 53 today. Join us here as we track all of the moves live.

The Miami Dolphins have to reduce their roster from 75 players to the regular season 53-man roster limit by 4pm ET today.  We will cover all of the moves throughout the day in this updating live thread, which will also give you a place to discuss the moves as they happen.

We also have a StoryStream that will constantly be updated with both moves from the Dolphins, as well as the bigger moves from around the league.

As the roster moves come in, we will strikethrough the players on the chart above.

Our most recent prediction for the final 53-man roster has the team looking like: 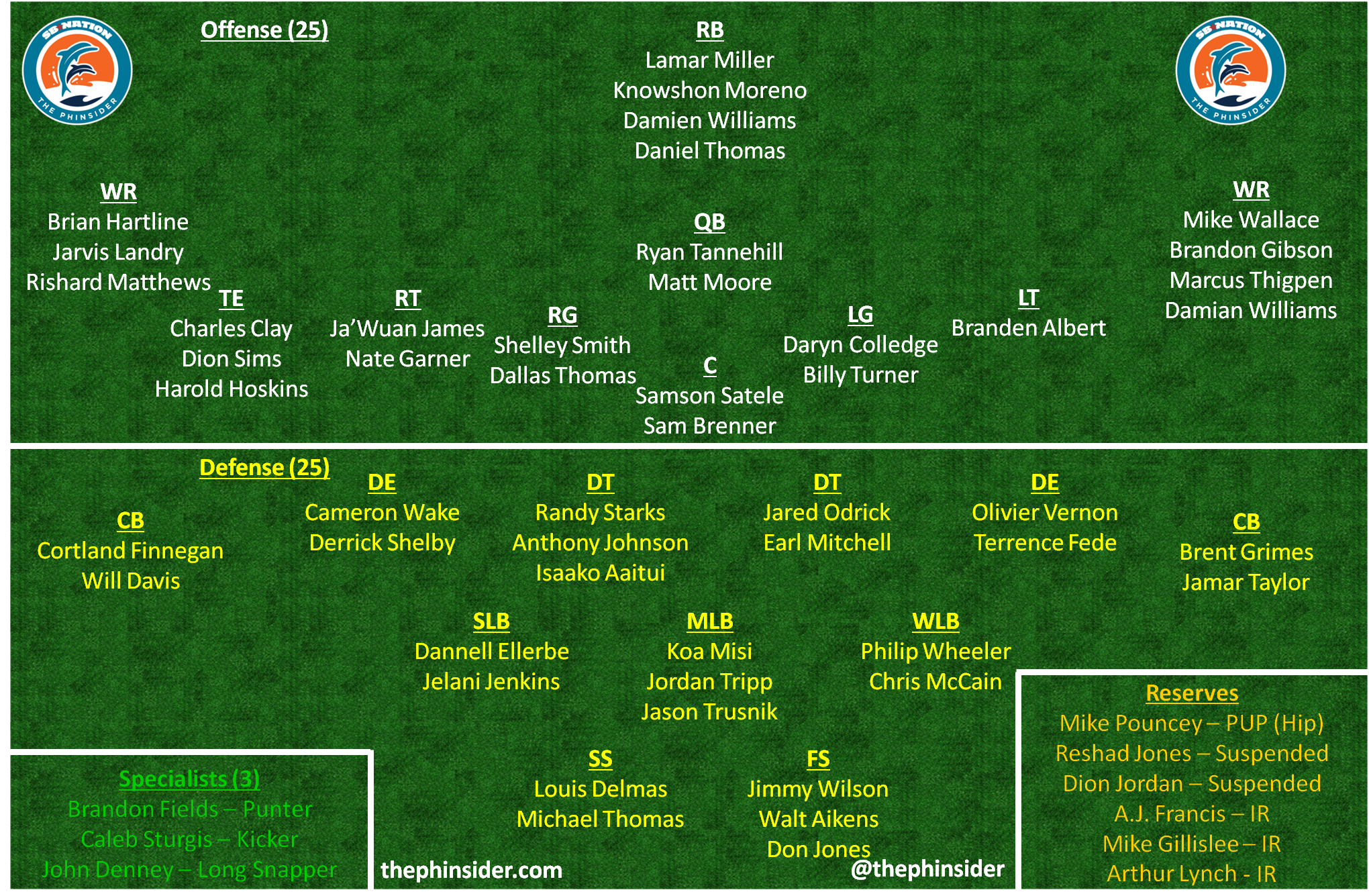 The prediction comes with the caveat that, it's looking more and more like Pouncey will start the year on the roster and not on the PUP list.  If he does manage to claim his spot on the 53-man roster, Brenner is the most likely to come off this list, unless the team decides to release Thigpen or Thomas.

Today is going to be a long day, with lots of rumors and speculation. Check back often to make sure you are up to date on the latest.

It was reported yesterday that Kyle Miller will be among the cuts.

Marcus Thigpen and Daniel Thomas have been cut (11:17am ET) - via Andrew Abramson

QB Seth Lobato has been told he will be released (12:24pm ET) - via Barry Jackson

Roster moves remaining: 3 (1 as soon as Dion Jordan and Reshad Jones are listed as suspended)