We take roll call of everyone who contributed to our live thread as the Miami Dolphins beat the Dallas Cowboys 25-20 in their Preseason Week 3 contest.

Share All sharing options for: Roll Call - Cowboys at Dolphins Live Thread: What were Dolphins fans saying during Miami's 25-20 win?

The Miami Dolphins hosted the Dallas Cowboys last night during the NFL's Preseason Week 3 slate of games.  As we do every week, we ran a live thread throughout the game, giving Dolphins fans a chance to congregate and react to the on-field action.  Now, we take a look back at the Dolphins' 25-20 victory through those interactions.

We had 41 readers take part in our live thread, with nearly 900 comments.  Here is the full list if everyone who made at least one comment during the game, in order from most to least:

New this year, we also started creating word clouds for our live threads.  Here's the look at the 200 most common words used during the game: 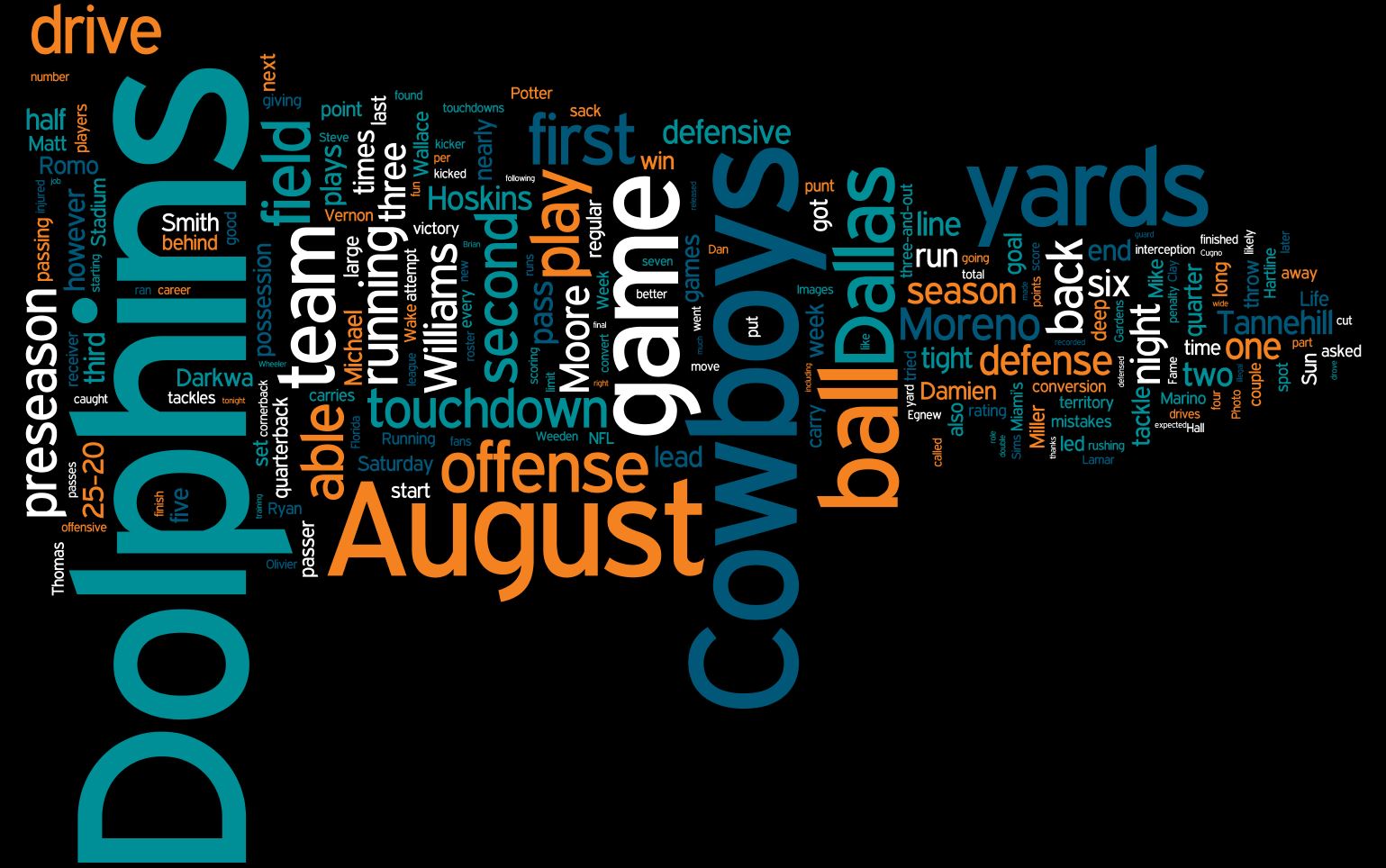 Cowboys vs Dolphins Coverage: Miami comes back for 25-20 win