It appears NFL Sunday Ticket will now be able to be streamed to your mobile device without having DirecTV satellite service.

With little fanfare, a DirecTV NFL Sunday Ticket promotional page has posted, with the headline declaring "No satellite required!" Suddenly, it appears there may finally be a way for NFL fans to watch the games they want to watch, without having to actually subscribe to DirecTV's service.

First reported by Apple Insider, the packages for the new streaming service start at $199.99 for mobile and computer streaming.  If you want to be able to stream through your gaming console, the price moves up to $239.99.  The top price package, $329.99, adds the Red Zone and DirecTV Fantasy Zone options. 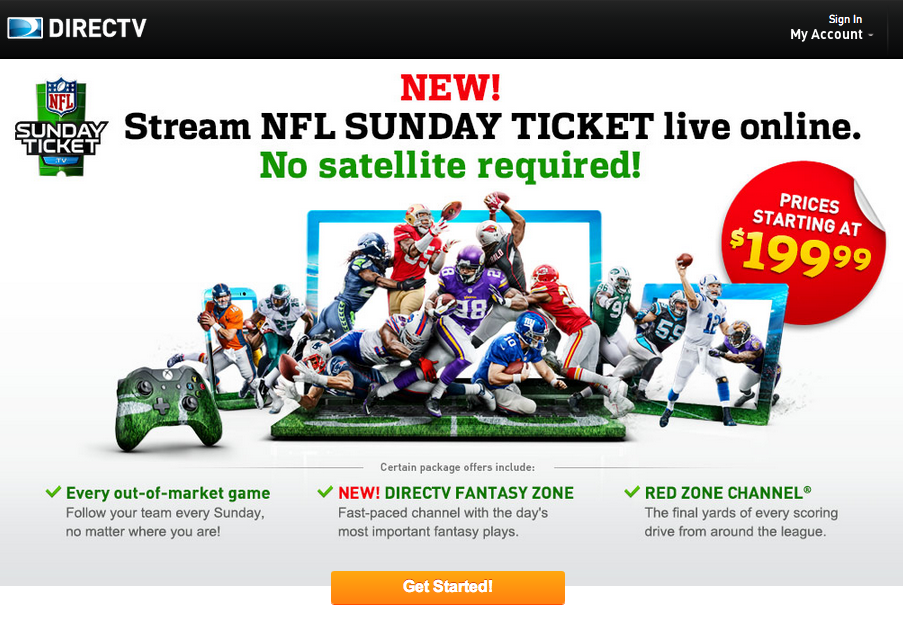 It appears from the list of compatable devices that most current Android, iOS, and Kindle Fire products will be able to stream the games.  As for gaming consoles, the PlayStation 3 and 4, as well as the XBox 360 and One will all be able to receive the coverage.  Finally, PCs and Macs will both be able to stream the games as well, as long as the are running Windows 2000, XP, or Vista (or later) on the PC side  or OS X v.10.4.10 or v.10.5 or later on the Mac side.

Great news for those of you who cannot get DirecTV, or are looking to move away from cable/satellite.  There is finally a way to get the best of both worlds - and most importantly, watch the Miami Dolphins no matter where you are.

For more on NFL Sunday Ticket, check out DirecTV's website.