The Miami Dolphins have won two Super Bowls in the team's history. How do you think their third Super Bowl ring should look?

Share All sharing options for: Design the next Miami Dolphins Super Bowl ring

Earlier this week, the Seattle Seahawks received their Super Bowl Championship rings.  They are exactly what you would expect a Super Bowl ring to be - diamond filled, big, and flashy.  They tweeted out the pictures of the rings, which included a heavy dose of the number 12, referring to the "12th Man" representation of their fans.

Framed by 12 gemstones. Engraved with 12 feathers. 12 Flags on top, bottom and the stem. Our #SuperBowlRing. pic.twitter.com/lqlzqCpiQf

Seeing the Seahawks' championship rings, as well as this photo gallery of every Super Bowl ring throughout the league's history, (and, to be honest, seeing Buffalo Rumblings asking this question on Twitter yesterday) made me wonder how the next Miami Dolphins Super Bowl ring would look.

Miami has two rings from Super Bowls VII and VIII.  Both of the rings are fairly simple, especially based on today's standards. 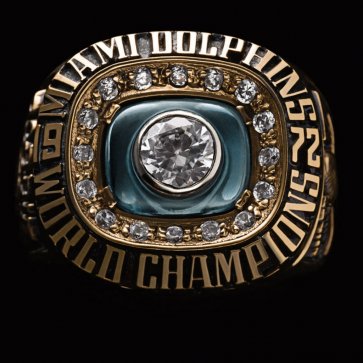 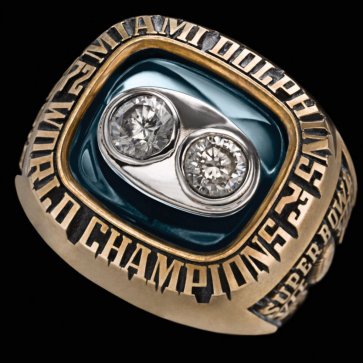 Today's your chance to design a third Super Bowl ring for Miami.  How flashy would it be?  How would you represent the first two Super Bowls?  Send us your designs, tweet them to us, or post them in the comments below.  Let's see what you would like to see the Dolphins wearing whenever that third Lombardi Trophy finds its way to South Florida.