2009 NFL Draft the worst of the century?

Share All sharing options for: 2009 NFL Draft the worst of the century?

The 2009 NFL Draft was bad.  Plain and simple; it was bad.  SB Nation's Dan Kadar took a look back at the awful selections made that year,  declaring it the "worst NFL draft of the century." He makes a compelling case for issuing the 2009 Draft that title.

A live feed of Miami Dolphins news from around the internet.

Matthew Stafford topped the selections, going to the Detroit Lions with the first overall pick.  He has had a prolific statistical career, thus far, throwing for over 4,500 yards in a season each of the last three years, leading the NFL in passing attempts in two of those seasons, and tallying 109 passing touchdowns in just five seasons.

While the Lions seem happy at quarterback, the picks after him, as Kadar explains, demonstrates just how bad the 2009 Draft class really was:

Baylor offensive tackle Jason Smith was as hot as any player leading up to the draft because he excelled at the NFL scouting combine. The former tight end was meant to be the new blueprint for the position as a quick-footed blocker who could reach the edge. The St. Louis Rams took him No. 2 overall, and he played just three seasons there before getting shipped to the New York Jets. Smith hasn't been on an NFL roster since last August.

The worst NFL draft of the century 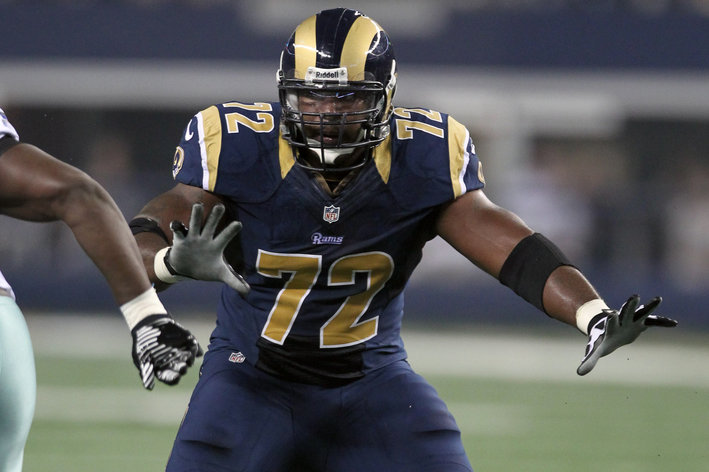 The 2009 draft was just awful. Lets take a look back at its misery.

Tyson Jackson was the shocking third overall pick to the Kansas City Chiefs as former general manager Scott Pioli was looking for his very own Richard Seymour. But until draft day, few were even thinking Jackson in the top five. His up-and-down play has proved those doubters correct.

How about linebacker Aaron Curry of Wake Forest? He was a four-year starter with incredible production. He won the Butkus Award in 2008 and was a consensus All-American. He also starred at the Combine, running a 4.56 40-yard dash. He was as safe as safe could be in the draft. There was even some discussion of Curry being in play for the No. 1 pick. It led to these sorts of moronic statements:

Curry went fourth overall to the Seattle Seahawks, got a $60 million contract and retired last August.

It really does not get better after that.  The fifth pick was held by the Cleveland Browns, who traded it to the New York Jets.  With that selection, the Jets picked up their franchise quarterback in USC passer Mark Sanchez.  After two straight AFC Championship game appearances to start his career, Sanchez plummeted into "bust" talk - if you can be a bust with those AFCC appearances - and is now the backup quarterback for the Philadelphia Eagles.

Cleveland, meanwhile, continued to trade back in the first round, picking up multiple second round picks in the process.  They eventually made four selections in the first 64 picks, setting themselves up to quickly turn a struggling franchise around.  Alex Mack was taken in the first round, and the center has been a dominating player, but he was followed by wide receivers Brian Robiskie and Mohamed Massaquoi and linebacker David Veikune in the second round.

Robiskie spent 2009 and part of 2010 with the Browns before joining the Jacksonville Jaguars for the second half of 2010, but never appearing in a game with the Jaguars.  He followed that with a stint in Detroit for 2012 and last year with the Atlanta Falcons.  He has 43 carreer receptions.

Massaquoi spent four seasons with Cleveland, catching 118 passes over that time.  After the 2012 season, Massaquoi made brief appearances in training camp with the Jaguars and the Jets, but never stuck with a team.

Veikune appeared in 10 games for the Browns his rookie season, then four more for the Denver Broncos in 2010.  He left the game with five career tackles.

As Kadar points out, the 2009 Draft was so bad, even front office personnel are out of the game.  Mike Tanenbaum, the former Jets general manager who made the trade for Sanchez, is now an agent, representing players and coaches.  His noteable deal?  The head coaching contract for Steve Kerr to join the Golden State Warriors - in the NBA.

As the article continues, Kadar points to more and more examples of the failures of the 2009 Draft.  Of course, he does point to some success, such as Philadelphia Eagles running back LeSean McCoy, former Buffalo Bills and current New Orleans Saints safety Jairus Byrd, and former Saints and current Eagles safety Malcolm Johnson.  Kadar also writes:

Green Bay Packers pass rusher Clay Matthews is arguably the best player to come out of the 2009 draft. In that year's draft, there were three USC linebackers, and at the time Matthews was regarded less than Brian Cushing or Rey Maualuga. Matthews has been a a star pass rusher and helped Green Bay win a Super Bowl. Cushing can't stay healthy and Maualuga has been inconsistent. 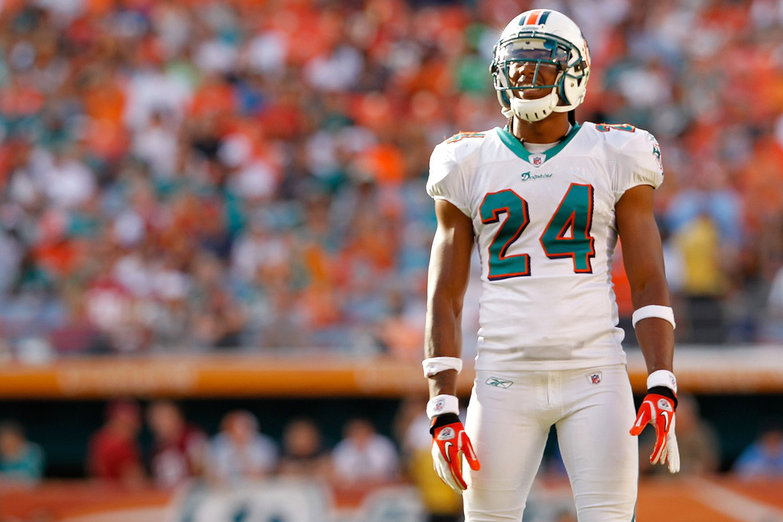 How did the Miami Dolphins come out of the 2009 Draft?  About how you would expect.  Fourth round wide receiver Brian Hartline, from Ohio State, is the only player still with the team.  First round selection, Illinois cornerback Vontae Davis, was traded to the Indianapolis Colts two years ago, though he did just sign a four-year, $39 million ($20 million guaranteed) contract to stay with the Colts.  Second round pick, Utah cornerback Sean Smith, was allowed to leave the team in free agency last year, landing with the Kansas City Chiefs.

Third round selection, wide receiver Patrick Turner, appeared in two games with the Dolphins in 2009, then spent 2010 through 2012 with the New York Jets.  He caught 10 passes for 122 yards and a score in his brief career.

Skipping Hartline, Miami made two fifth round picks that year, adding Monmouth tight end John Nalbone and Clemson safety Chris Clemons.  Nalbone appeared in two games with the Dolphins as a rookie, then bounced around the league for a few years, making brief stops with the Minnesota Vikings, Denver Broncos, Philadelphia eagles, Cincinnati Bengals, Broncos again, Seattle Seahawks, and Dallas Cowboys.  He has not been signed since 2012.

Clemons, on the other hand, actually has had a solid, if unspectacular career.  He spent the last five seasons with Miami, appearing in 72 games, with 48 starts.  He proved to be the ultimate last-line-of-defense type of player, not coming up with as many turnovers (four career interceptions and two fumble recoveries) as would be desired, but being a solid tackler.  He signed as a free agent this offseason with the Houston Texans.

Miami used their sixth round pick on Georgia Tech offensive tackle Andrew Gardner, who spent one year, with one appearance, in Miami before bouncing between the Baltimore Ravens and Cincinnati Bengals training camps and practice squads. He signed with the Houston Texans in 2011, appears in seven games for them over three years, before signing this offseason with the Eagles.

The club's seventh round pick, J.D. Folsom, a linebacker from Weber State, spent the 2009 season with Miami, appearing in two games, before brief training camp stints with the Chicago Bears, Arizona Cardinals, and Tampa Bay Buccaneers in 2010, with no other appearances.

All of these picks do not even mention MIami's biggest miss of the 2009 Draft.  Between the Vontae Davis and Sean Smith picks, the team selected quarterback Pat White with a second round selection.  White was to be the triggerman of the Dolphins' Wildcat offense, and would revolutionize the quarterback position.  Unfortunately for him, he was coming into the league before short-mobile quarterbacks like Russell Wilson, and White did not stay around long.  In his one year with Miami, White made 13 appearances, rushing for 18 yards on 21 carries.  He was 0-for-5 on passing attempts.  Dolphins fans will forever remember White getting crushed along the sideline by the Pittsburgh Steelers' Ike Taylor, a hit that knocked out White and led to him being taken off the field on a backboard.

White signed briefly with the Virginia Destroyers ofr the United Football League in 2011, before being released.  He made an attempt to return to football in 2013, signing with the Washington Redskins, but was waived just after the season began without making any appearances.

The 2009 NFL Draft was miserable.  Is it the worst one of the century?  I'll let you decide, but it definitely was a bad one for the Miami Dolphins as Bill Parcells, Jeff Ireland, and Tony Sparano tried to build on the 11-5 season from 2008.  Unfortunately, they would not catch lightning in a bottle again, and the team has yet to return to the playoffs.