With the NFL draft just about finally here, it's time to take a break from all of the rankings, mock drafts, depth charts, team needs and all of the other things that go along with the normal routine of leading up to one of the most exciting times of the year. In this article, we take a trip down memory lane and look at the draft hats over the past several years.

Share All sharing options for: A look at the 2014 Miami Dolphins draft hat and others over the years

Each year, the NFL makes millions and quite probably billions of dollars off various types of merchandise - jerseys, tshirts, pants, accessories and more. They also make quite a bit of money off hats but their big moment is the NFL draft. Each year, the NFL releases a special draft day hat that debuts in round one when the newest member of each team comes out with the hat on to greet Commissioner Goodell and pose for a picture.

Since 2012, New Era has been the official provider of hats for the NFL and haven't been afraid to test the limits since that time. As you will see below, they get a little bolder each year and are always looking to push the limits of what makes a good hat compared to what can bring a hat down.

To begin, let's look at this year's draft hat before going back to 2010 and taking a stroll through memory lane. At the end, there is a poll so please take some time to vote in that. If you wish to purchase this year's draft hat by New Era, you can visit www.NewEra.com or visit any local retailer that sells hats, such as Lids. 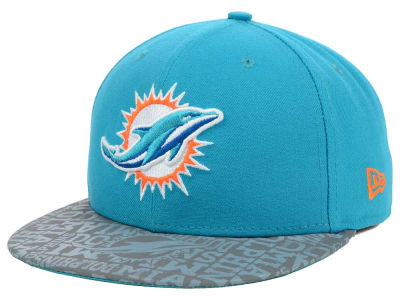 Above is what the hat will look like when it is in a standard or dim lighting setting. The 2014 draft hat is truly revolutionary. That hat features reflective material on top of the cap's visor that when exposed to a camera phone flash, reveals a mosaic of team word marks and logos. When in standard lighting, the brim is a grayish color. When exposed to sunlight or the phone camera flash, it turns white with words, logos and more, which is pictured here. 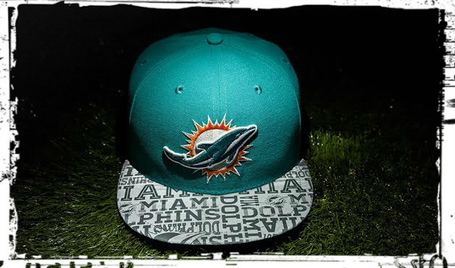 These unique features makes this year's hats one of a kind. The good news is these caps are now available for fans to buy at both NewEraCap.com and select retailers.

With New Era being the official on-field cap for the NFL, you'll see these same hats on all the heads of the newest players to enter the NFL, including the lucky prospect to get drafted by the Dolphins on Thursday night! 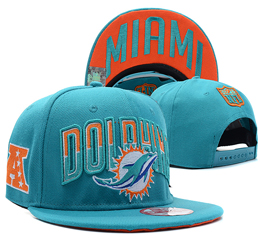 The 2013 hat is somewhat similar to the 2012 hat except the actual name of the team is used instead of the city and the logo is now in the foreground instead of the background. New Era changed up the text and used it to blend in with the actual hat. The right side of the hat had an official conference logo and the undervisor had the team colored embroidered city wordmark. 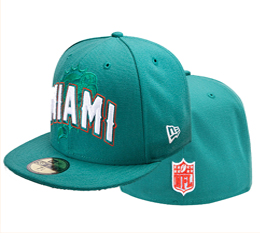 2012 was the first year that New Era took over the production of NFL hats and you can notice an immediate difference. The focus is now on the team name and New Era did a great job of making sure that the first thing you saw when looking at someone with this hat on was the team name. The location name is embroidered and is 3D, making it pop right out at you. The main logo is slightly hidden in the background. In addition, there is another team logo embroidered on the right side and a conference logo embroidered underneath the flat bill. This hat was worn by Ryan Tannehill. 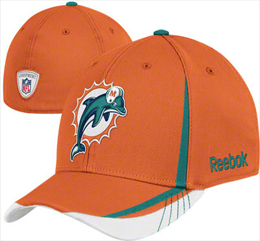 In 2011, Reebok went to a different color scheme with an orange hat and a hint of aqua and white. The logo is 3D on the front and pops out at you. On the back is the official NFL logo. This hat was worn by Mike Pouncey. 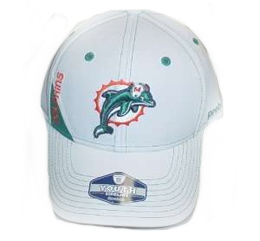 The 2010 hat was a white hat with a 3D logo in the front center. On the right side of the hat, the conference name along with the home city and state are vertically embroidered. Overall, it was a clean design, simple, and to the point. This hat was worn by Jared Odrick.