The Miami Dolphins rookie class came together for the first time yesterday to help out in the Fort Lauderdale community.

It did not take long for the Miami Dolphins' 2014 rookie class to start working together as a team.  Just four days after the NFL Draft concluded, the newest members of the Dolphins pitched in to help a Fort Lauderdale military veteran improve his living conditions. 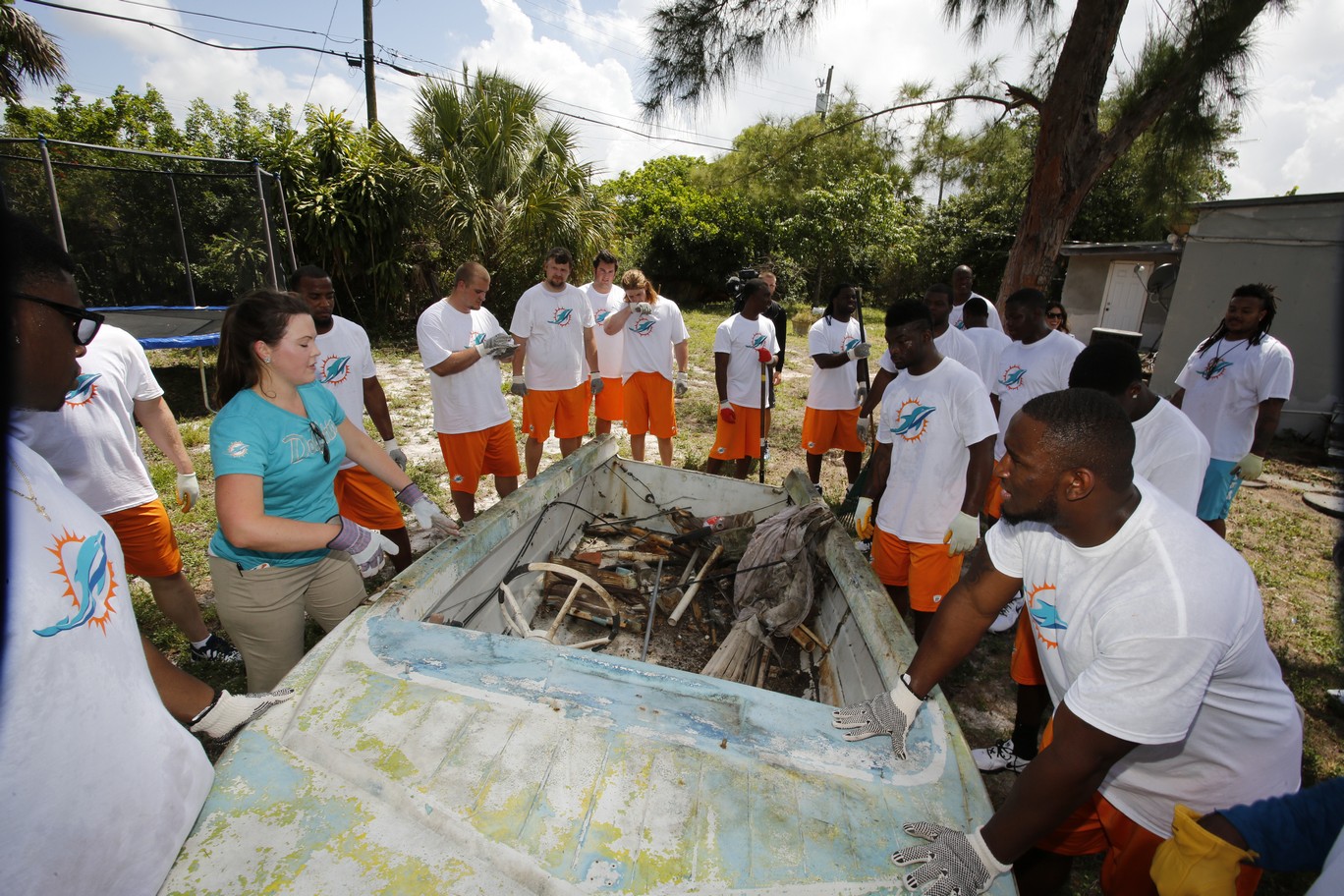 The community service project was put together between the Dolphins and Rebuilding Together of Broward County.  The rookies all worked to paint, landscape, and remove debris from Roger Carter's home, an Air Force veteran who worked as a missile maintainer during the Vietnam War.

“It’s actually a dream come true,” Carter said, via a release from the team.   “Rebuilding Together answered my request for help because I am physically disabled and I wasn’t able to keep things up for myself. They mentioned the Miami Dolphins, and I was all for it since I am a Dolphins fan. These young men and women are able bodied. I feel so honored to have them here.  It’s a day that maybe will never come again, but it’s here now and I am enjoying it to the fullest.”

The Dolphins rookies, both the draft class and the group of undrafted free agents, descended on Carter's house, pouring out of a team bus to start working to beautify the exterior, while the Rebuilding Together team worked the interior.  The players laid mulch, pulled weeds,trimmed the trees and bushes, and removed an old motorboat from the property.

“It’s a blessing to give back,” added wide receiver Jarvis Landry. “To come out here and see that this organization is in the community like they are, it means a lot and it shows a lot about the program and the class that Coach (Philbin) and the rest of the organization have.” 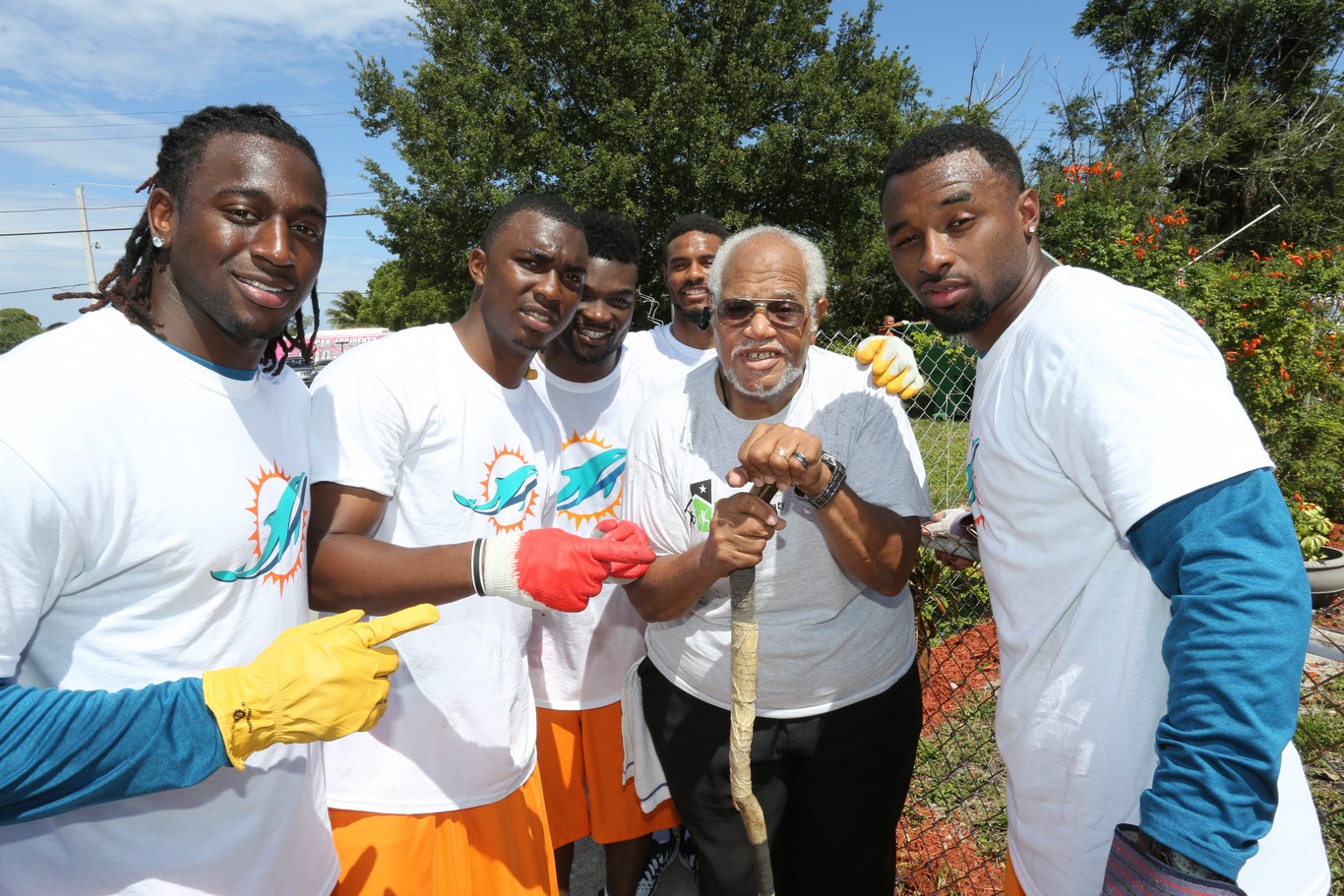