With the 2014 NFL Draft complete, everyone is trying to figure out the paper champions of the league. Which teams are best set for a run this year? ESPN has an answer, updating their Power Rankings with Draft results. It's not pretty for the Miami Dolphins.

NFL Power Rankings are always a fun exercise, with someone subjectively ranking the 32 NFL teams base on whatever criteria they so choose. It's something everyone does, including us here on The Phinsider. They are a great way to generate discussion, and the obviously lead to debates over which teams are overrated or underrated.

Meet the 2014 Draft class of the Miami Dolphins 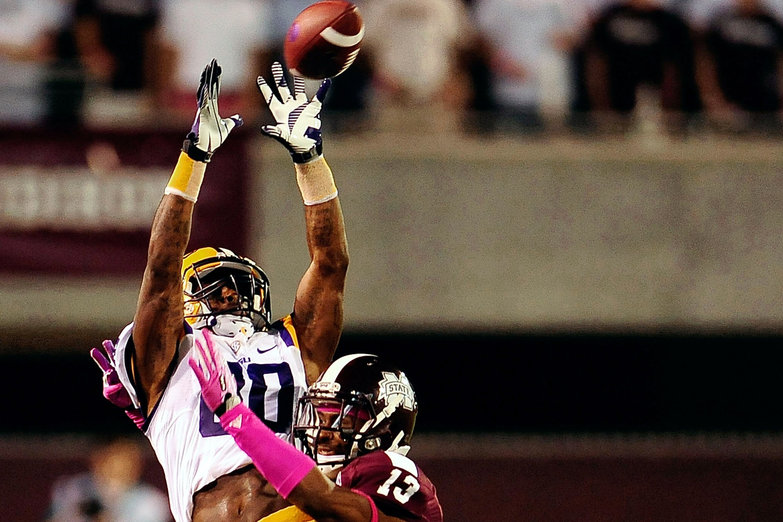 In the case of ESPN's latest NFL Power Rankings, which were published today, the Miami Dolphins are clearly a team that did not receive a lot of love from John Clayton, Ashley Fox, Dan Graziano, Jamison Hensley, Mike Sando and Kevin Seifert.  After a Draft that saw Miami address their biggest needs, specifically adding at least one opening day starter along the offensive line, and another player who should compete for a spot on the line, ESPN dropped the Dolphins - the second largest drop on the list.

According to their 2014 NFL Power Rankings, ESPN sees Miami as the 24th team in the league.  They had previously been the 18th team.  Explaining the six position drop, second only to the Carolina Panthers' plummet of eight spots, ESPN writes:

Technically, ESPN is correct in the statement that Miami lost five, 400-snap linemen.  Bryant McKinnie, Richie Incognito, Jonathan Martin, John Jerry, and Tyson Clabo, all are not members of the team after playing much of last season.  Of course, the five number also seems to imply that they lost their entire offensive line, which is not true given Mike Pouncey is still the starting center.  Add to him the Pro Bowl selection Albert and first round pick James, and the offensive line is 60-percent filled.  Some combination of Jason Fox, Shelley Smith, Sam Brenner, Nate Garner, Dallas Thomas, and/or David Arkin, should fill out the remaining two guard positions.

The Dolphins entered the offseason in need of an offensive line.  After the Draft, they seem to have one.  Seems worthy of a six position drop, doesn't it?