The annual NFL Top 100 Players returned for the 2014 edition tonight. included in the first group of players was Miami Dolphins cornerback Brent Grimes.

The 2014 version of the NFL Top 100 Players list debut tonight, with a Miami Dolphins player included in the first group.  Pro Bowl cornerback Brent Grimes was the 95th ranked player, according to NFL.com.  Grimes was not ranked in 2013. 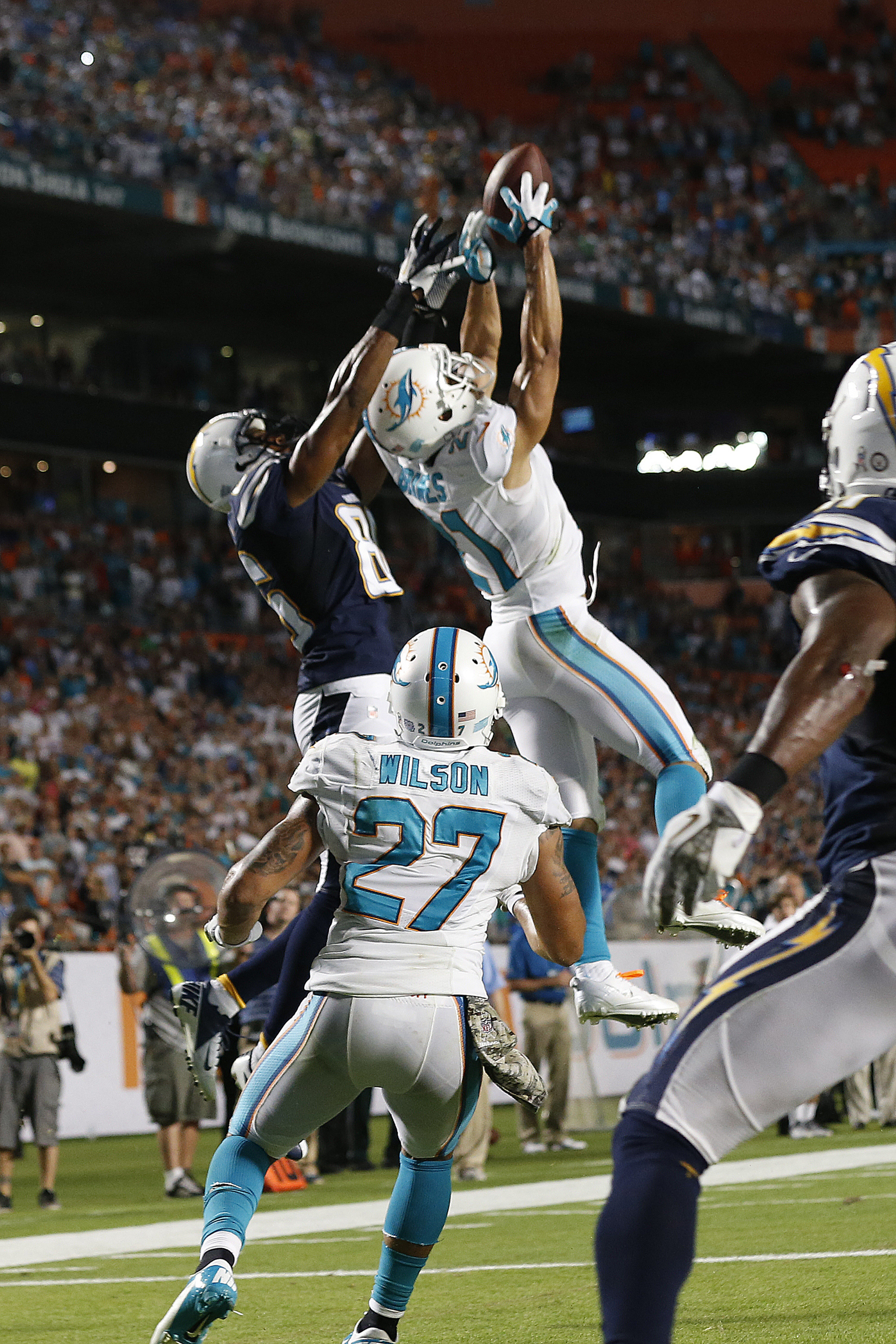 This is the same picture as the one used for the header of this article, but since it's cropped above, you don't get the full impact of exactly how ridiculously high Grimes jumped on this play. (Photo by Streeter Lecka/Getty Images)

Grimes joined the Dolphins last year after six years with the Atlanta Falcons.  Coming off an Achilles tear that limited him to just one game in 2012, the Dolphins took a chance that Grimes would be able to return to his starter level of play in 2013, signing him to a one-year contract.  Instead, Grimes blew away all expectation, starting all 16 games for Miami, recording a team high four interceptions, and simply shutting down a receiver each and every week.

Miami rewarded Grimes with a four-year contract this offseason.

Falcons wide receiver Roddy White, in the NFL video on Grimes' 95th ranking, perhaps explained it best, "Brent Grimes is a Top 100 player probably because he is the best athlete in the NFL."

"This guy can catch the football, and has the best ball skills of any DB I've ever seen," White continued.

Tight end Kellen Winslow added, "He's like one of those lynx.  You know, that cat that jumps up and gets the birds.  He's like that.  He's that athletic."

The NFL Top 100 Players list is voted upon by the NFL players.  The league started the annual list in 2011, with New England Patriots quarterback Tom Brady being recognized as the top player that year; Aaron Rodgers was in the top spot in 2012 and Adrian Peterson held that spot last year.  All three previous top players were the reigning MVP from the previous year.  Peyton Manning won the award for this past season.  Miami defensive end Cameron Wake was the only Dolphins player to make the list last year, being ranked 89th.