Our second offseason post to help understand some of the nuances of football. We all watch the game, we all know the terms, but do we really understand what it all means? This offseason, we will try to help explain some of those things. Today, we look at the defensive line, and what is meant by a gap technique.

It's been a little longer between class sessions than was expected, but we return to the Phinsider classroom this morning for another session of Football 101. Previously, we took a look at the West Coast Offense. Today, we switch to the defensive side of the ball, taking a look at what exactly is meant when someone is a 3-technique or a 1-technique. 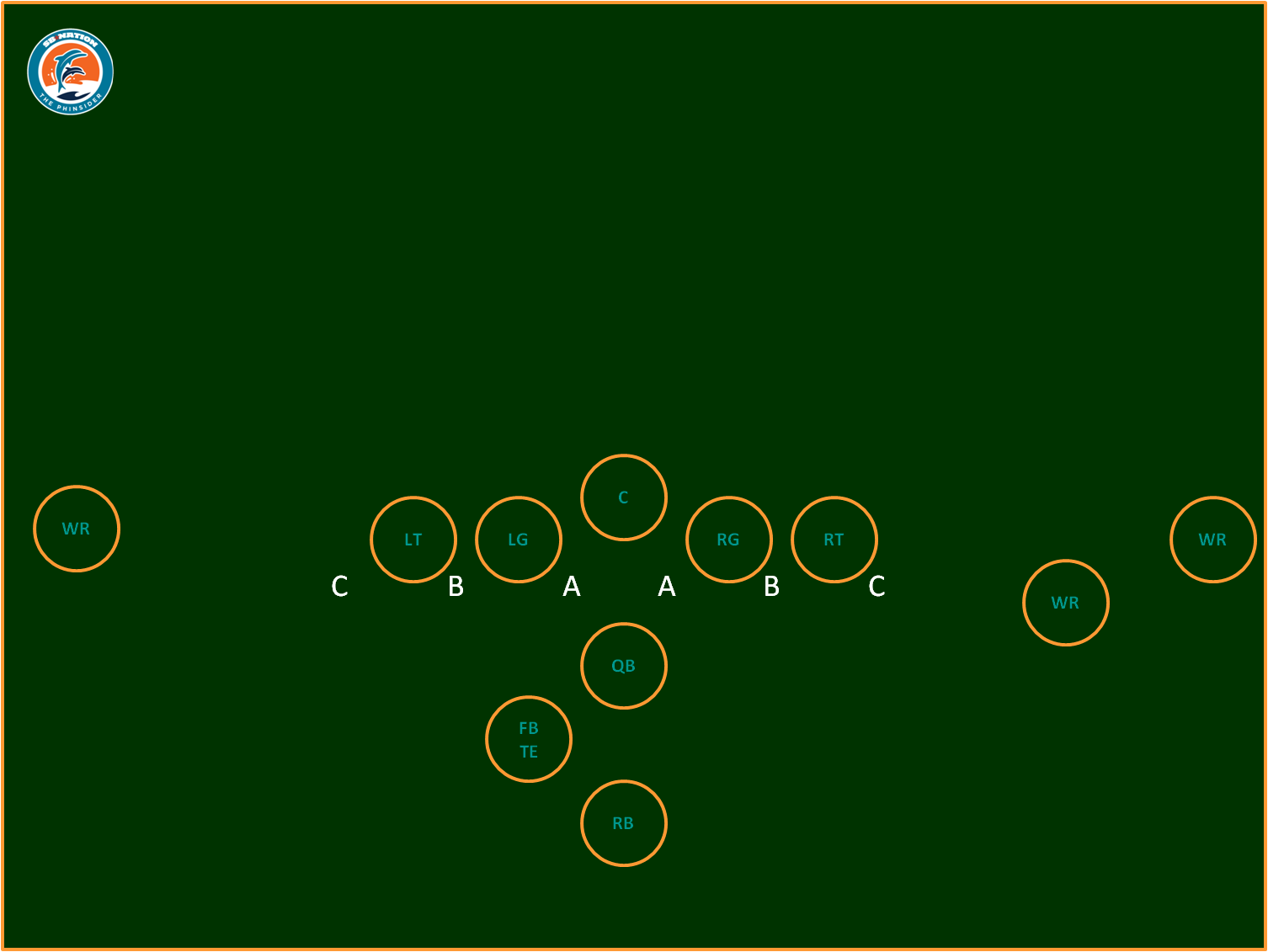 For the offense, the identification of the gaps serves as a basis for directing a running game. On the defense, those gaps allow the team to focus their blitz plans. Defenses want to always fill each gap on each play, trying to prevent offenses from being able to run the ball. Depending on the type of defensive alignment being used (4-3 with four defensive linemen or 3-4 with three defensive linemen), the gaps can be filled either with a defensive lineman, or a linebacker. That is where the techniques enter the equation.

Defensive linemen have a lot more flexibility on where they align themselves when compared to the offensive linemen. Does a defensive tackle align himself directly over the center, or does he shade into one of the gaps? The "technique" gives us that answer. 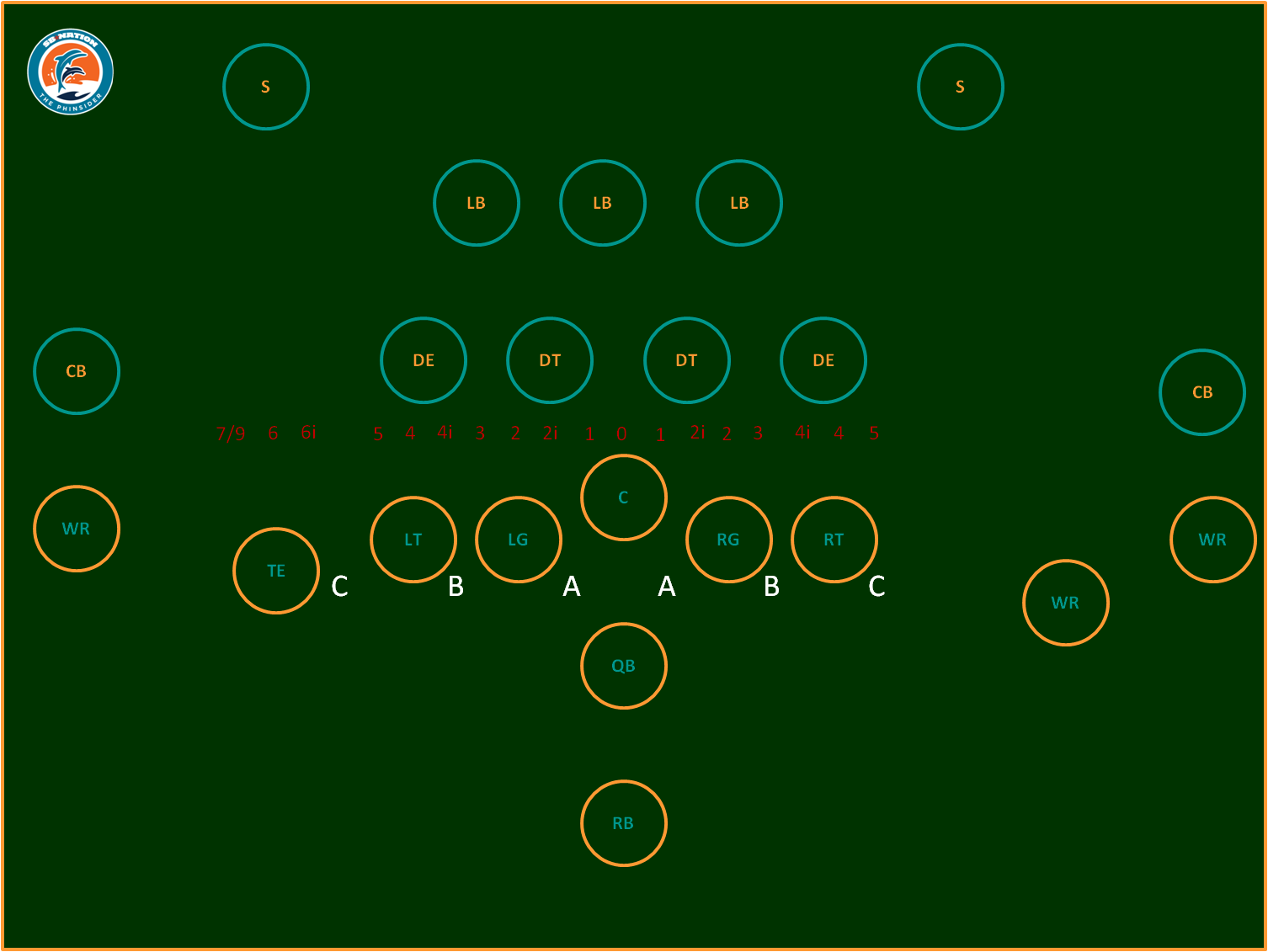 In order to adjust the technique assignments for a defender aligning on the inside shoulder of an offensive lineman, the typical answer is to use an "i" with the even number. So, a defensive end lined up as a 4i-technique is playing on the center side of the tackle.

If you add a tight end to the offensive line, a 6-technique would align a defensive player directly over the top of the tight end, while a 7-technique would be on his outside shoulder. Then, you jump to the mystical "wide-9" technique. In this case, the defensive end lines up outside the offensive line (for the purposes of keeping with the numbers, pretend there is another offensive lineman next to the tight end, which would represent the 8-technique, then the 9 would on his outside shoulder). In most cases, the defensive end spreads out wide, and tilts his body back toward the quarterback; he likely has no run support responsibility and is simply going to do everything he can to get to the quarterback.

Knowing the techniques also tells you exactly what a defender's general responsibility is. In a 4-3 formation, where the players are likely to line up in the odd-technique positions, a defensive lineman is responsible for his gap. In a 3-4 formation, where the player lines up over the offensive lineman in front of him, the defender is responsible for two gaps. That's the major difference between a defensive tackle and a nose tackle. When Randy Starks/Jared Odrick and Paul Soliai are on the field together, they are most often lined up in a one-technique. If Soliai is on the field by himself, he usually takes the 0-technique position, lining up as a nose tackle, and becoming responsible for both A-gaps - thus requiring him to eat up both the center and one of the guards.

You can use the defensive line "techniques" to describe where a linebacker is positioned. A linebacker in the offense's A-gap would be an 10-alignment - the 1-technique position plus the 0 indicating the linebacker. If he were in the B-gap, he would either be in a 30-alignment, or a 41-algnment (4 for the tackle, 1 to replace the i in a 4i-technique).

As we prepare for free agency and the NFL Draft, a defensive lineman's "techniques" will be discussed a lot. Is a defensive tackle a nose tackle, or a 1-technique, or a 3-technique? Can a defensive end operate as a wide-9? Hopefully, today, you understand it a little better.

Football 101: An offseason guide to better understanding the game