A Blueprint for Success

GM Dennis Hickey is off to a strong start this offseason, but many holes still remain. Allow me to put on my Mr. (General) Manager badge and get this roster in optimal shape.

Share All sharing options for: A Blueprint for Success

Dennis Hickey has shown us a little bit of everything so far. The big splash; a signing of Pro Bowl LT Branden Albert was a great start. I personally would have gone for Eugene Monroe, the younger, cheaper, similarly talented model, but from all accounts Joe Philbin has a full on big boy crush on Albert. So this move not only fills a death star sized hole on the roster, it probably went a long way in establishing some trust between the coach and the new GM. Re-signing the solid vets on Defense were smart, savvy moves as well that didn't break the bank. The contract Soliai got was ridiculous. Starks and Grimes are two of the best players in the league at their positions. Keeping them at reasonable prices was a coup. Next you have the gambles; Earl Mitchell and Shelley Smith are relative unknowns in these parts and across most NFL circles. Hickey is gambling that they will be able to be plugged into the line-up and play well next season with not a lot of proven experience to back it up. Finally you have the show-me prove it deals for Courtland Finnegan and Knowshon Moreno. I LOVE both deals. I feel like both players still have plenty in the tank and are signed to team friendly contracts which will motivate them to produce. They are also perfect guys to put in front of their younger counter parts on the roster. Will Davis and Jamar Taylor will get to learn first hand from one of the league's best effort guys while Lamar Miller can see what a true all around RB looks like on a daily basis. Even if they falter, they didn't cost much and weren't huge needs.

The tasks that remain are still daunting but not impossible. They need a bonafide NFL caliber starting guard. Sorry Nate Garner and Sam Brenner, I'm not buying either of you as starters on this team. If you can get Evan Mathis from the Eagles for a 4th or 5th rounder, you do it right now and try and re-work his deal (which isn't crippling by any means). if you can't get Mathis at the price you want, then you sign Davin Joseph or Wade Smith. All 3 of those guards are proven pro-bowl quality players who along with Branden Albert and Mike Pouncey give you a solid foundation for your offense. Next a RT is needed. This is a position I would be ok with drafting in the first round if the right guy is available. If not the free agent options are slim and I'm tired of other people's garbage playing this position. Marc Columbo and Tyson Clabo were disgraces to this franchise. That said, I still think Bryant McKinney or Eric Winston are capable stop gaps. Winston should have been here for the past two seasons. He's been solid if unspectacular, and McKinney was our second best OL player last season. You could do a lot worse than either of them at RT. Again, I'm not opposed to drafting a tackle, this draft seems to be laden with talent at the position, but I have another option for what I would do with our first and possibly 3rd draft pick.

On the defensive side of the ball we need a solution at LB. The reason our run defense was so bad last season is simple; Phillip Wheeler and Dannell Ellerbe weren't as good as Karlos Dansby and Kevin Burnett. Jeff Ireland gambled and lost big time on those moves. I think Ellerbe can be a plus Outside LB, and I have faith in Koa Misi and Jelani Jenkins, but Wheeler is a bust, and the position needs to be addressed. If you can draft C.J. Mosley, you absolutely do it. If he is still there around the 14 or 15 mark, you trade up to get him. Considering that you have solved all other needs using Free Agency trading a draft pick to move into a position to get a guy who will be the leader of your defense for the next ten years is worth it. The linebacker corps needs a facelift, and this is how you do it.

In summary, the Dolphins need solutions for problems at G, RT and MLB. My first choices are Evan Mathis in a trade, signing McKinney or Winston (who they should have signed the last two years) to play RT while drafting some one in the 3rd to develop. Then trading up to secure C.J. Mosley in the draft. I realize I am giving up TWO picks in this deeply talented draft, but I'm of the mindset that if you can give up hypothetical solutions for actual solutions, you do it every time. Mathis is a proven pro bowl caliber player who is a perfect fit for our scheme. Mosley will be the leader of the defense for the next ten years. If they can be had for a pair of mid round draft picks, you do it every time. We are in win now mode. There is no better way to win now than by acquiring the best available players to fill the biggest holes on your roster. I am on board with everything Hickey has done up to this point. He's been the perfect amount of aggressive and patient. It is now time to shore up the remaining holes with the surest bets remaining. This is the closest this team has been to being good in over ten years. Let's go all in. 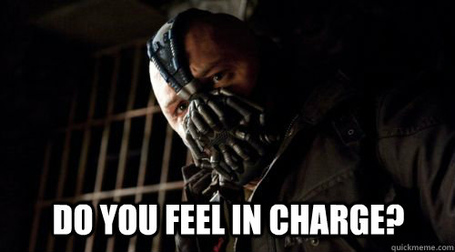