Dolphins starting lineup according to Google

The Miami Dolphins are working on an overhaul of their roster this offseason, using free agency and the NFL Draft to fix a team that missed the playoffs, despite needing just one win in the final two games. This morning, we look at the current starting lineup according to Google.

Share All sharing options for: Dolphins starting lineup according to Google

I decided to have a little fun this morning, taking a look at the Miami Dolphins' starting line up according to Google. I took the 22 players who (most likely) will fill out the 11 offensive and 11 defensive starters for the team, and Google searched their name. Then, I added a random letter to see what searches would show up in the auto-complete.

To make sure it was not skewed toward searches I had already completed, I deleted all of my history, the cache, and my old forms. Also, I did not necessarily pick the top result (like Player Dolphins or Player contract is always among the top results). Then, I recorded the results in this fancy graphic: 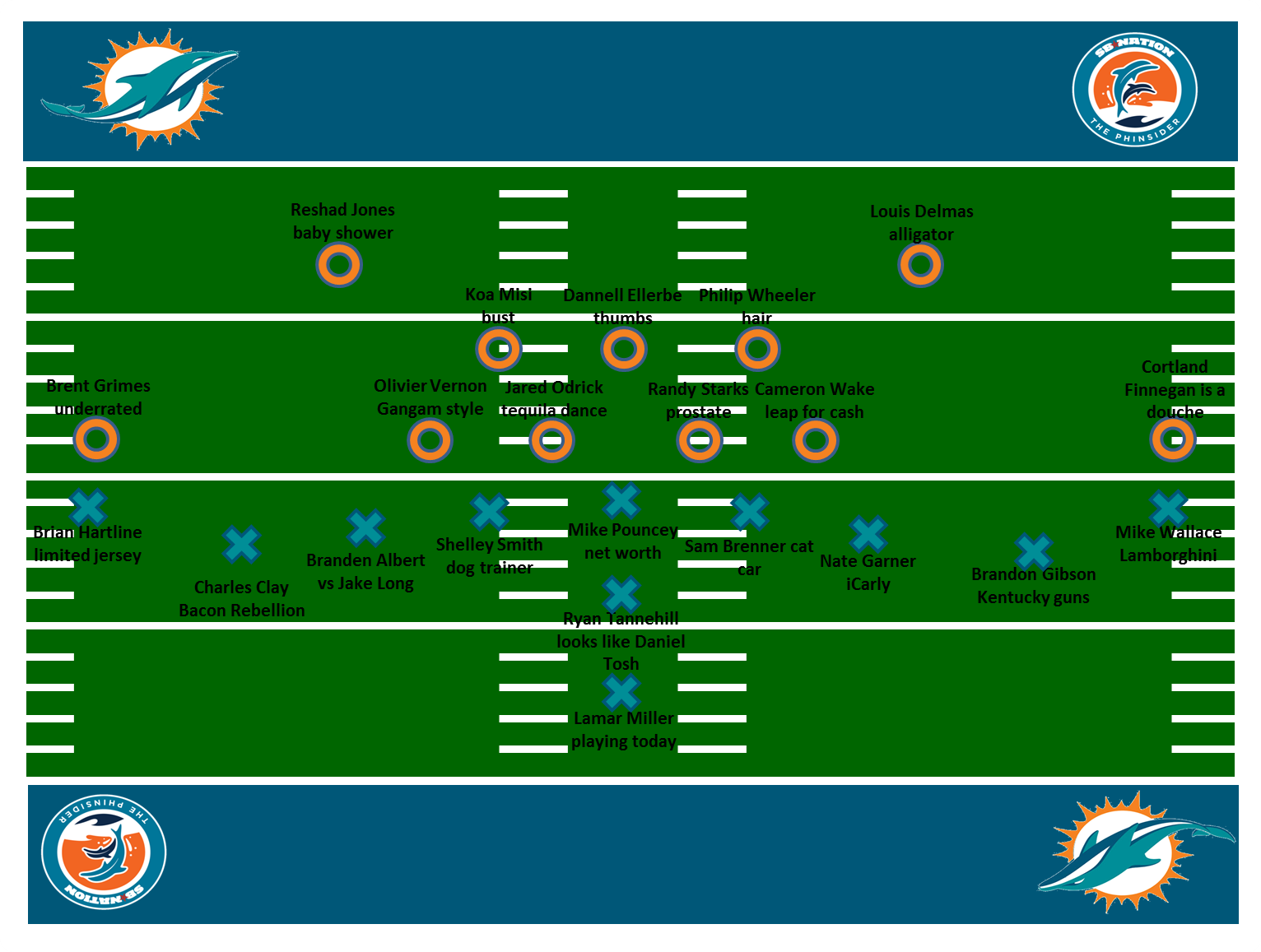 Some of the thoughts I had while doing this: