The NFL calendar is getting ready to move into the fast and furious offseason mode. The first major event will be the opening of the franchise tag period for teams, followed by the NFL Scouting Combine, and the start of free agency.

It's been a week-and-a-half since the Seattle Seahawks beat the Denver Broncos in Super Bowl XLVIII, meaning it's time to get the 2014 season started. Over the next few weeks, the NFL has several important dates and events as they start leading up to the start of the season seven months from now.

The Nonexclusive Tender is a one-year, fully-guaranteed contract. The tender amount is calculated by taking the average of the five previous Nonexclusive Franchise Tag salaries for that position, and dividing that by the average salary cap over the last five years. That percentage is then multiplied by the current season's salary cap, which gives the Nonexclusive Franchise Tender amount. After receiving the tender, the player is then authorized to negotiate a contract with another team, however, compensation of two first round draft picks will be sent from the new team to the previous team.

If 120-percent of the player's salary from the previous year is higher than the set number for either franchise tag, he will be tendered at that amount instead. 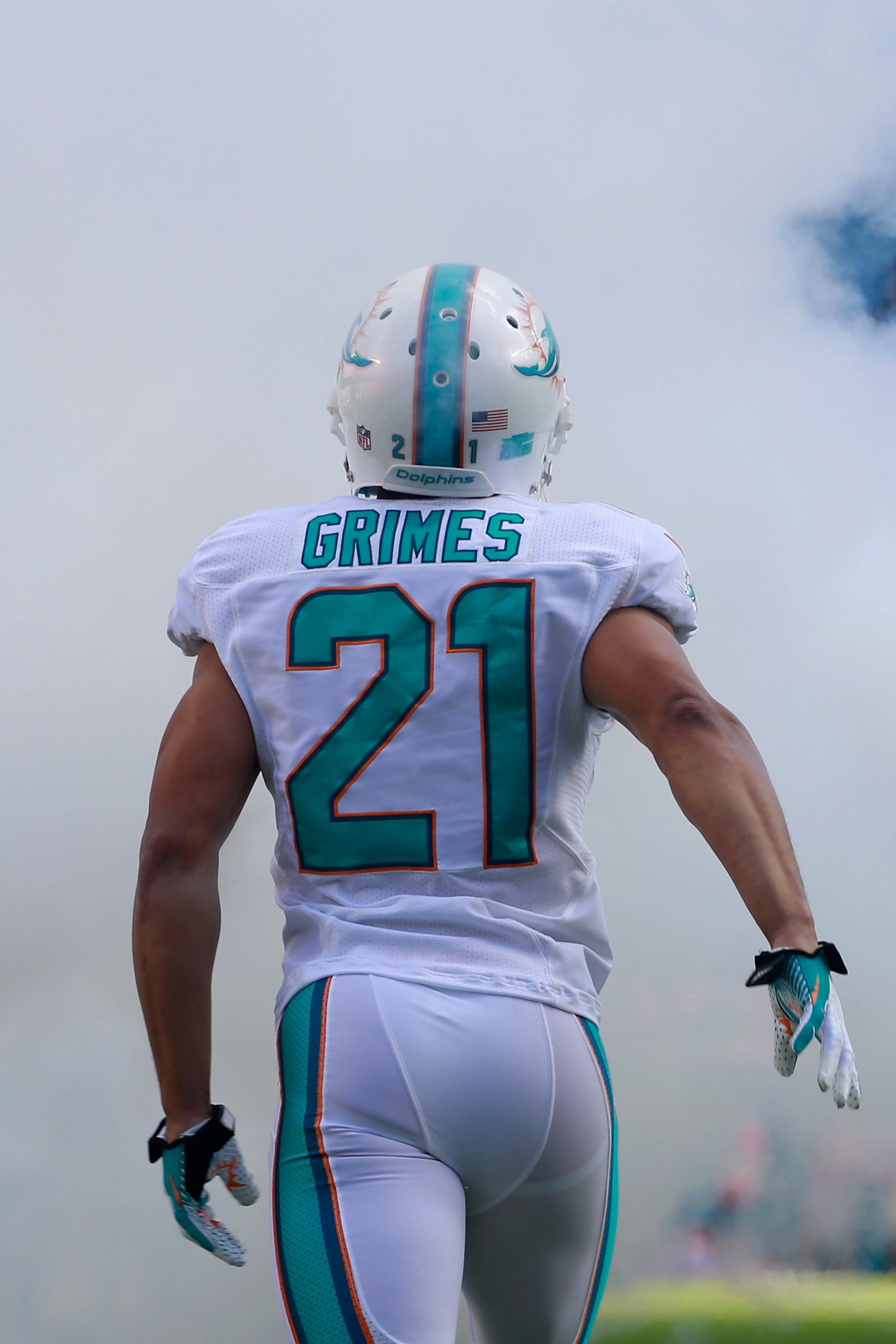 Teams can also use the Transition tag option, instead of a franchise tag, in which the player will either be paid the average of the top ten players at his position from the previous year, again using the salary cap percentage formula, or 120-percent of his previous salary, whichever is higher. The player is free to sign an offer sheet from another team, with his original team able to match the offer. In the past, this salary was not fully guaranteed, which was the biggest difference between the two types of tags. However, now it is, and a team gets no compensation in terms of draft picks, which is why the transition tag is rarely used.

For the Miami Dolphins, the top candidate to be franchise tagged is cornerback Brent Grimes, who would cost the club just under $11.5 million, if the estimated franchise tag numbers are correct. Grimes told the Miami Herald's Barry Jackson this week that the tag is "not what anybody wants," which really is not surprising since no one ever wants the franchise tag.

The Dolphins would like to avoid having to tag Grimes as well, though having the option to tag him, then negotiate a long term deal to reduce his cap number, has to be a consideration. The Dolphins have around $30 million in salary cap space this offseason, but a franchise tag on Grimes would severely cut into that number, in a year when Miami has a lot of their own free agents to re-sign.

The NFL Scouting Combine is a couple of weeks away, meaning we will soon be seeing hundreds of NFL prospects running around in their underwear, trying to impress scouts. The NFL has invited 335 players to the Combine this year.

The annual gathering of the top prospects for the NFL Draft in Indianapolis starts just two days later. The Combine features groups of players reporting and conducting their workouts in four day increments, with the place kickers, special teams, offensive linemen, and tight ends starting the event with their arrival on February 19. Quarterbacks, wide receivers, and running backs report on February 20, with defensive linemen and linebackers the next day. Finally, defensive backs report on February 22.

Each group will follow the same basic schedule, with arrival day consisting of registration, hospital pre-exam, x-rays, orientation, and team interviews. Day two will have the players being poked and prodded, with their measurements and medical exams, followed by media availability and more interviews with teams. Day three has a meeting with the NFLPA, psychological testing, the bench press, and more team interviews. And, finally, day four consists of the on-field workouts and departure.

The league will once again allow teams a three-day pre-free agency period, where they allow teams to contact a soon-to-be free agent's representatives. The teams and the agents can enter into contract negotiations during this period, but nothing can be finalized or signed.

It's during this time last year that the Dolphins worked a lot of their early free agency spending spree, including with wide receivers Mike Wallace and Brandon Gibson, as well as linebackers Dannell Ellerbe and Philip Wheeler.

The 2013 NFL regular season is complete. Over the next couple of weeks, we will build our Phinsider free agency tracker, one division at a time. We continue today with the NFC North.

The key date and time for the start of the 2014 NFL season, players' 2013 contracts will officially expire and free agency will kick off with fast and furious signings just after 4pm ET on Tuesday, March 11. Teams can also begin trading players, and have to be under the salary cap (Top 51) by the 4pm deadline.

Teams with returning head coaches can begin their offseason workout programs on April 21. Under the NFL's Collective Bargaining Agreement, each team may have a nine-week, voluntary, offseason workout program. The program consists of three phases: Phase One consists of the first two weeks of the program with activities limited to strength and conditioning and physical rehabilitation only.

Phase Two consists of the next three weeks of the program. On-field workouts may include individual player instruction and drills as well as team practice conducted on a "separates" basis. No live contact or team offense vs. team defense drills are permitted.

Phase Three consists of the next four weeks of the program. Teams may conduct a total of 10 days of organized team practice activity, or "OTAs". No live contact is permitted, but 7-on-7, 9-on-7, and 11-on-11 drills are permissible.

Each team may also hold one mandatory minicamp for veteran players, which must occur during Phase Three.

Teams with new head coaches may begin their offseason workout programs two weeks prior to the rest of the league, meaning they can begin as early as April 7.

The annual NFL Draft will take place in May this year, due to a scheduling conflict with Radio City Music Hall on the normal April weekend. The first round will take place on Thursday, May 8, with the second and third rounds on May 9, and the remaining four rounds happening Saturday, May 10.

July 15 - Deadline to re-sign a franchise tagged player to a long term deal.

The league will once again kickoff the season with a Thursday night game, likely with the Seattle Seahawks opening defense of their Super Bowl championship at home.