Miami Dolphins vs Oakland Raiders: My Day in Pictures

When I heard the Dolphins were in London to play the Oakland Raiders, I jumped on the tickets. This is my day in pictures.

Share All sharing options for: Miami Dolphins vs Oakland Raiders: My Day in Pictures

Here's a bit about myself. Born in England, and raised in The Bahamas, it was only natural for me to make the short hop to Miami to watch an NFL game. My first game came against the San Diego Chargers on December 19th, 1999 when I was only 10 years old.  The Miami Dolphins won that day, albeit without a single touchdown.  As a 10 year old, all you want to see is a touchdown.  Like baseball, all you want to see is a home run. That day, it wasn't to happen, but that didn't stop me from wanting more.  I became hooked.  I became a Miami Dolphin fan.

Since then, I've made multiple trips to Sun Life Stadium.  I now work and live in London, so when the opportunity arose to watch Miami, I jumped at it.  I missed out on the game in 2007, but wasn't going to miss this one.

So without trying to ramble on a little more, I thought I'd share some pictures of my experience of the game in Wembley, London.  Here we go...

Walking up the stadium, I started to get excited.  Miami in London?  Wooohooo!

Standing outside a billboard in Wembley, London

The previous Friday my girlfriend, 'Miz', accepted my proposal to get married.  Now my fiancé, she's a Miami Dolphins fan. 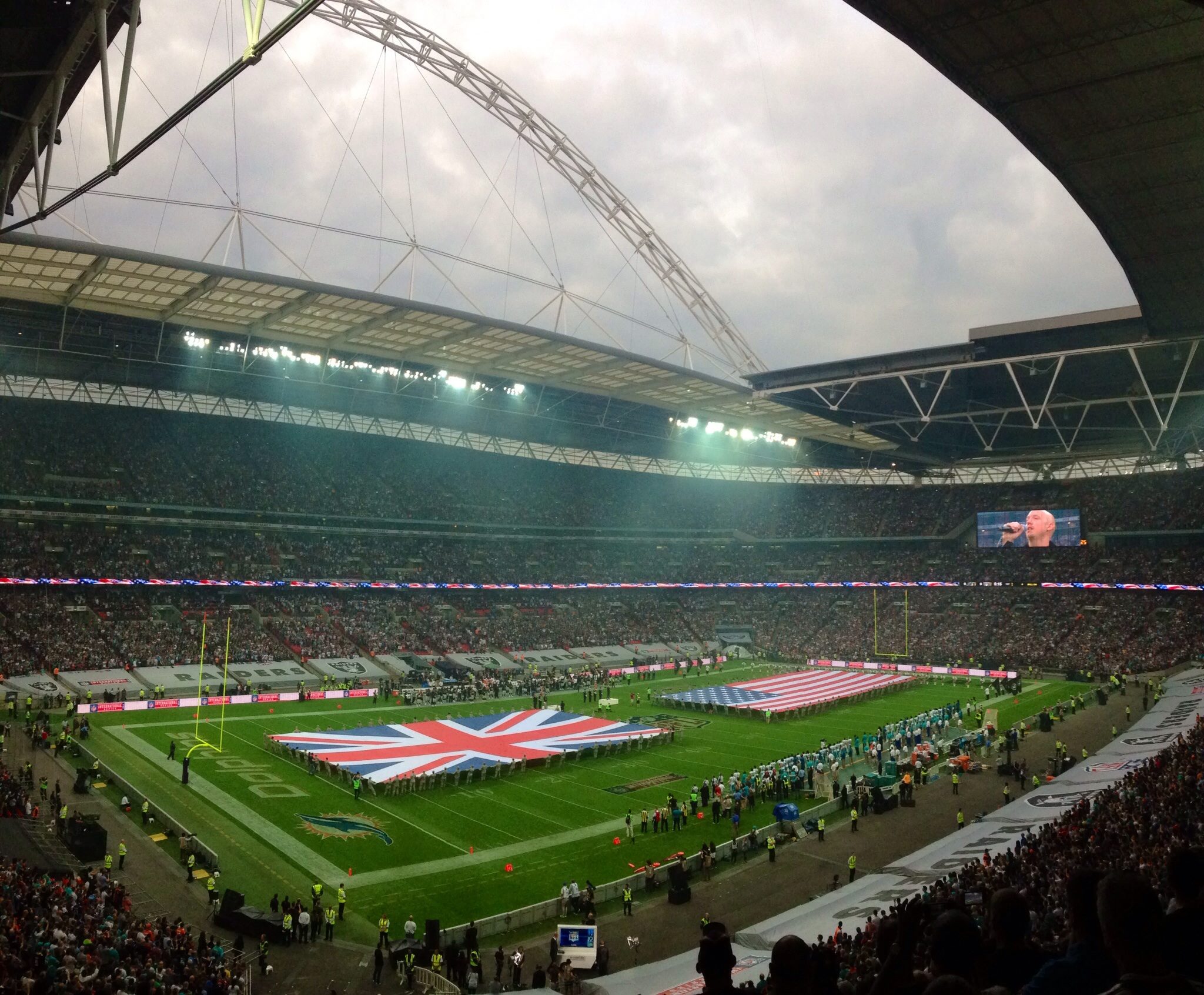 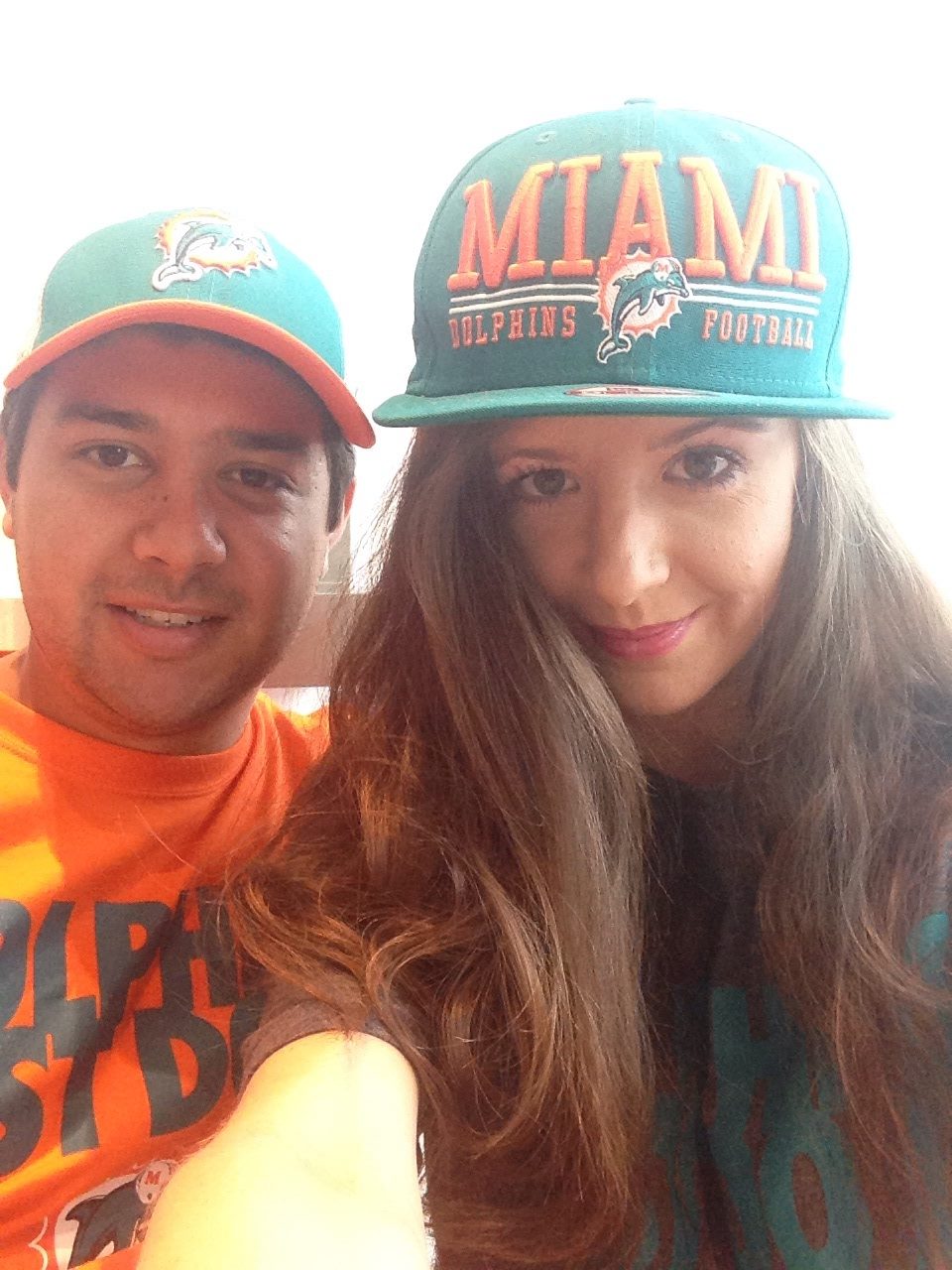 Posing for the camera

Fantastic day.  Maybe next season we'll make the trip down to Miami to see the Dolphins in action!  Fins up!

Alex Parish is an Associate Editor at The Phinsider. Be sure to follow me on Twitter @AlexParish89.