The best part is not knowing when to quit.

It can never be said that I don't try. Predicting this stuff really is just like drawing straws. It makes it even harder when you don't pick top performers for your strikes list. Take Michael Crabtree for example; a week after lighting up who many believe is the best corner in the game, as well as a tough Arizona Cardinal Defense, he has a great match up against an Eagles defense that has been shredded by the pass for most of the season. Naturally, he then goes out, and has a very pedestrian 5 catches for 43 yards. Not what I had hoped for, but not completely useless in a PPR league. Unlike Cordarrelle Patterson, who just never got in on the fun against the "much improved" Falcons Defense. 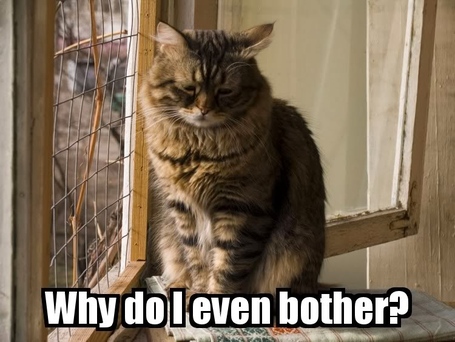 Rivers, Morris and Miller were solid strike calls. So, I'll take my 3.5 out of 5 passing grade and move on to the Gutters. I was flat out wrong on only Tannehill (YAAAAAAAAAY!). The Lions RBs were quiet, and Decker, Torrey Smith and Gerhart all scored TDs, but were pretty silent for the most part. I'll take half points on all of them. 2.5 out of 5.

ON TO THE STRIKES!

Vincent Jackson: Been disappointing all season. The Saints appear to be in very real danger of missing the play-offs this year. The Bucs, while still very terrible themselves, seem to have their protection issues solved and Glennon just looks for V-Jax way more than McCown did. They should be losing, and throwing. I expect his first truly good showing of 2014 on Sunday.

Wes Welker: PPR must start. He's a always going to be one hard shot away from his career being over, but it's worth the risk. I see Manning going to his security blanket a lot against the Cardinals, as the Broncos really have no running game this year.

Russell Wilson: I have heard that the Redskins have a good defense on numerous occasions this season. I have seen no evidence of this.

LeVeon Bell: He may be the best all around back in the NFL right now. The Jaguars could be the worst team in the history of the NFL. Pretty simple math if you ask me.

Rashad Jennings: Color me convinced, the Giants aren't half bad. They like to run the ball, and Atlanta doesn't like to tackle. I expect a big week from this guy as well.

C.J. Spiller: Fred Jackson sees most of the snaps in the passing game. I see them losing to the Lions on the road. I don't see their running game really getting off the ground in this one. Look elsewhere.

Steven Jackson: I don't see the Falcons getting that running game ramped up on the road against the suddenly decent Giants Defense. I doubt you were starting him, but if you are looking for a bye week fill in for Lamar Miller, this isn't it.

Donald Brown: Love the Chargers, hate their RB situation. The Jest do one thing very well; limit opposing running backs. Not a smart play and he's really shown nothing. 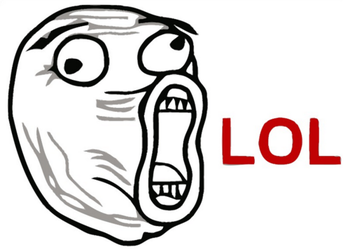 Desean Jackson: Doesn't look like a very good match up for the Redskins passing game this week. Plus, I said I believed in Kirk Cousins, so he's doomed to fail now.

There you have it, fantasy advice that will hopefully be more than 50% right this week. You know, most of the big guys who I read and listen to on other blogs, websites and pod casts aren't always right either. 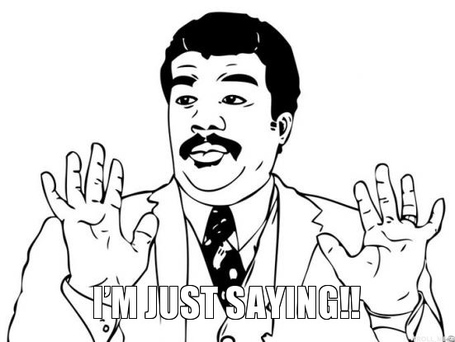 But, with the Dolphins off this week after an impressive showing last week, I have nothing but my terrible fantasy football teams to root for. The first quarter of the season is past us now. Things have begun to take shape and come into focus. The Biggest surprises I've seen have been the Saints struggles on offense, the Cowboys and Giants "success" on defense and the emergence of Andrew Luck as the #1 player in fantasy football. But the more things change, the more they stay the same the Jags and Raiders continue to try, quite comically in vain, to play professional football. I don't think it takes too much shine of the Dolphins victory in jolly-old England last week that it came against such a bad team, but it had to be said. Also, when was the last time a team took out an opposing Quarterback and Coach? That is an impressive feat! Maybe even a record...