AFC Playoff 2014 Schedule: Colts at Patriots, Chargers at Broncos in Divisional Round

The AFC Playoffs have concluded the Wildcard Round, and are now set for next weekend's Divisional Round. Here's a look at the schedule, following today's game.

Share All sharing options for: AFC Playoff 2014 Schedule: Colts at Patriots, Chargers at Broncos in Divisional Round

While the NFC's half of the NFL Playoffs is still waiting for the final results from Wildcard weekend, the AFC is now complete. With the San Diego Chargers upsetting the AFC North champions, the Cincinnati Bengals, we now know who will be playing where next weekend.

On Saturday, the fourth-seeded Indianapolis Colts, who beat the Kansas City Chiefs yesterday, will travel to Foxboro, Massachusetts to play the second-ranked New England Patriots at 8:15pm ET.

The late afternoon game on Sunday will feature the sixth-seeded Chargers heading to Mile High Stadium to face the top-seeded Denver Broncos. Kickoff in that game will be at 4:40pm ET.

The NFC's Divisional round will have the New Orleans Saints at Seattle Seahawks on Saturday, while the Carolina Panthers will welcome in the winner of this afternoon's San Francisco 49ers at Green Back Packers game. 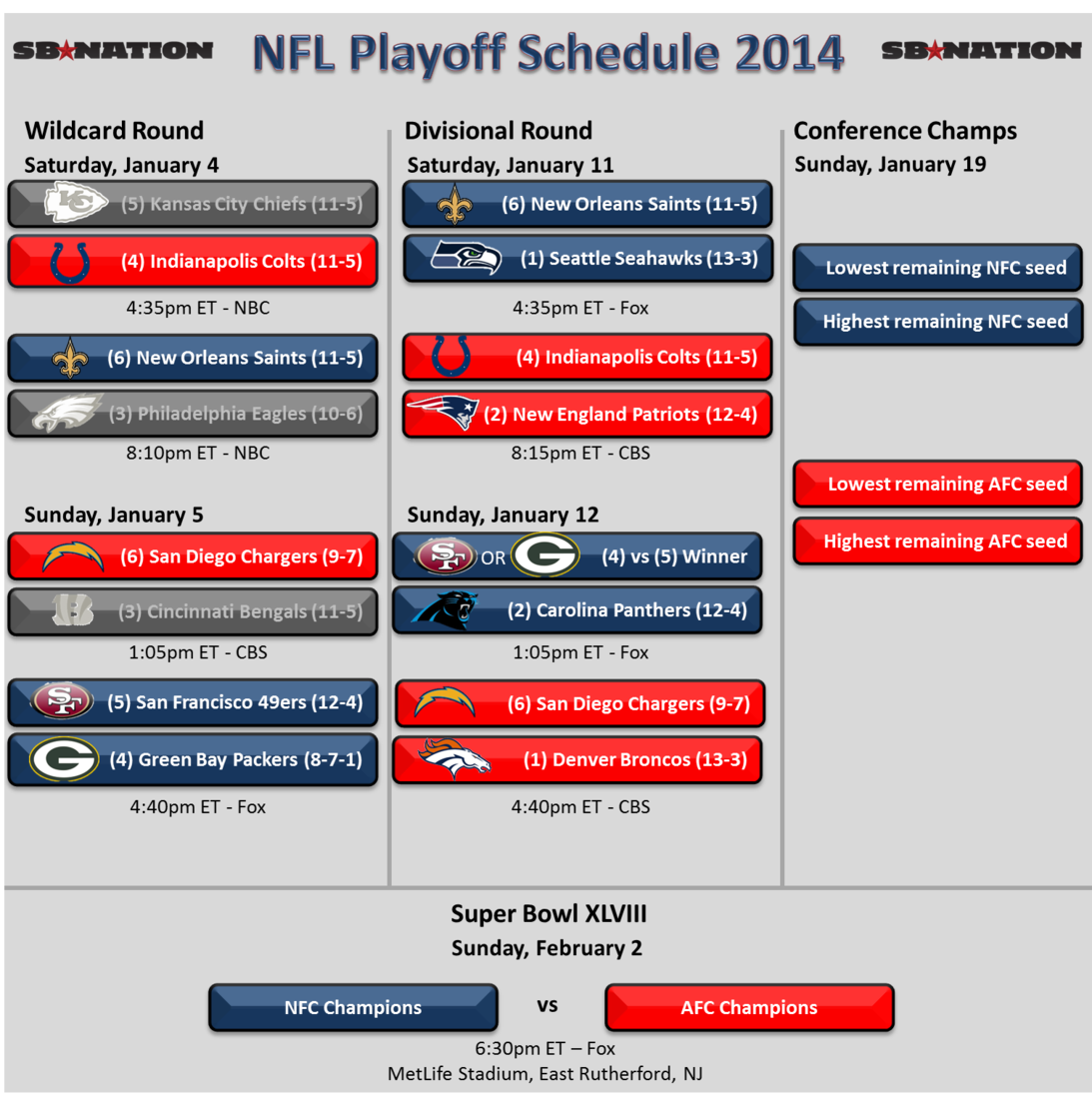