The AFC East division champion New England Patriots head west tomorrow to face off against the AFC West division champion Denver Broncos. Are you rooting for an AFC East win, or are you anti-seeing the Patriots win ever? Also, find information here on the game time, TV channel it's on, live online streaming options, odds and more for the 2014 AFC Championship game. 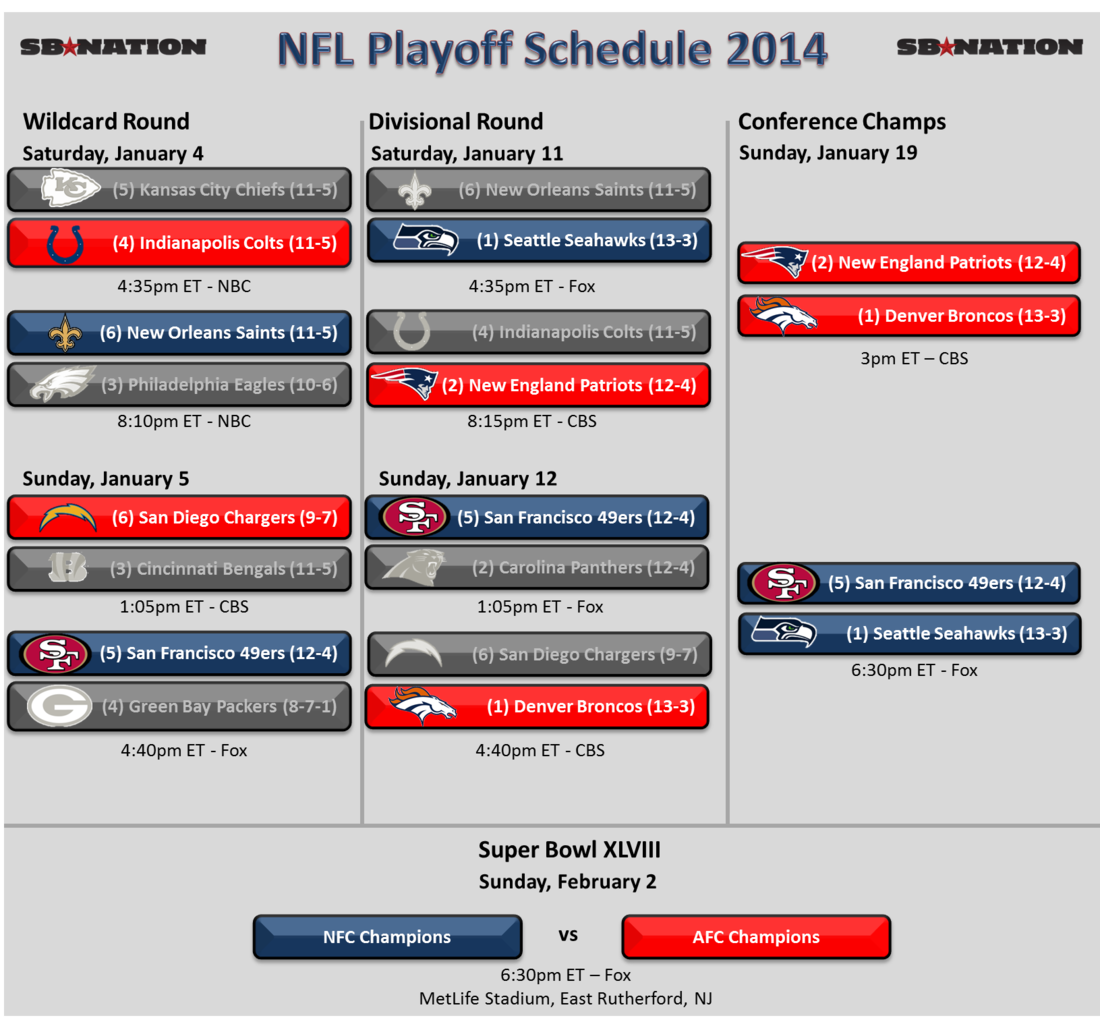 The NFL Playoffs have reached the final four, with both the AFC Championship and the NFC Championship kicking off tomorrow. By tomorrow night, we will know the two teams heading to New York to meet in Super Bowl XLVIII. First up on tomorrow's schedule is the AFC title game, with the New England Patriots facing the Denver Broncos in another Tom Brady and Peyton Manning showdown.

With the Miami Dolphins' AFC East rival Patriots looking to make their record setting eighth Super Bowl, are you rooting for an AFC East representative in the NFL's championship contest, or would you rather see Brady and the Patriots lose?

If Denver wins, the will make their sixth Super Bowl appearance, one behind the Pittsburgh Steelers and the Patriots. 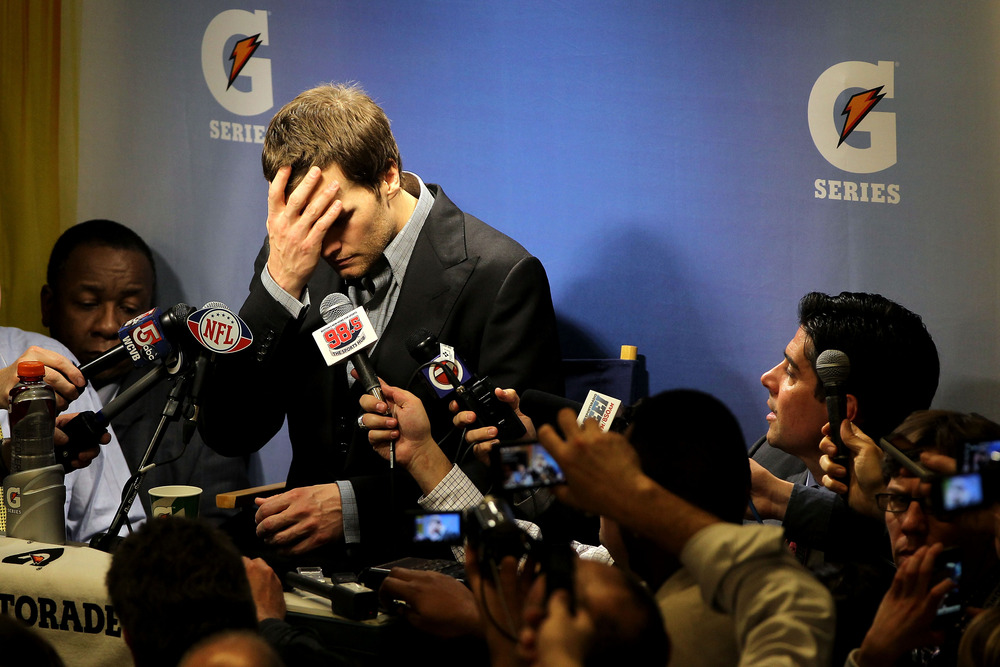 Personally, I would much rather Peyton Manning get another shot at the Lombardi Trophy, hopefully ending the "can't win a big game" storyline, despite the fact that he already has one ring. Plus, I can never root for the Patriots, especially if it lets them have a chance for another Super Bowl ring. I would much rather see the sad Tom Brady at the end of the game than hear about how great the Patriots are for another two weeks, and longer if they win it all.

Super Bowl XLVIII will be held February 2 in MetLife Stadium, East Rutherford, New Jersey. Kickoff for that game is set for 6:30pm ET with television coverage on Fox.