Former Miami Dolphins and current Cleveland Browns wide receiver Davone Bess was arrested this morning at the Fort Lauderdale International Airport for assault. This continues a rapid downfall for the wide out.

Share All sharing options for: Davone Bess arrested for assaulting officer at airport

The complete collapse of former Miami Dolphins and current Cleveland Browns wide receiver Davone Bess continued this morning.  At 6:19 am, Bess was arrested at the Fort Lauderdale International Airport for assault on a police officer or firefighter, according to a CBS4 report.  This continues the bizarre behavior of Bess over the past couple of months.

In December, Bess posted a picture to his Instagram account that appeared to show him smoking marijuana: 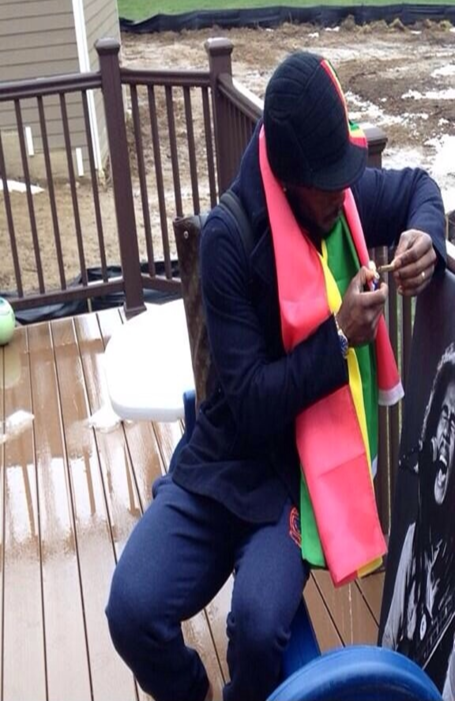 But that was not the end of the odd choices coming from Bess.  On Wednesday, Bess again began posting pictures that an NFL player really should not be posting.  He later deleted the tweets, but once it's in the world, you can never fully get rid of the evidence.  SB Nation posted a story about Bess Wednesday, including the obvious timing of the 4:20am tweet: 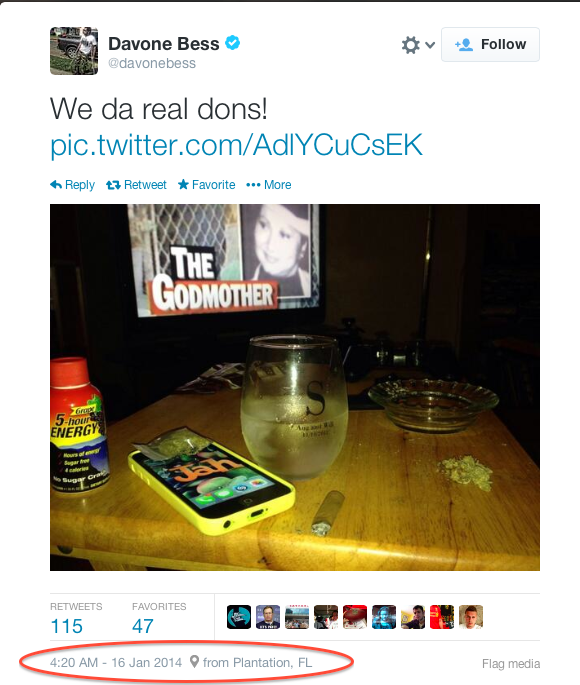 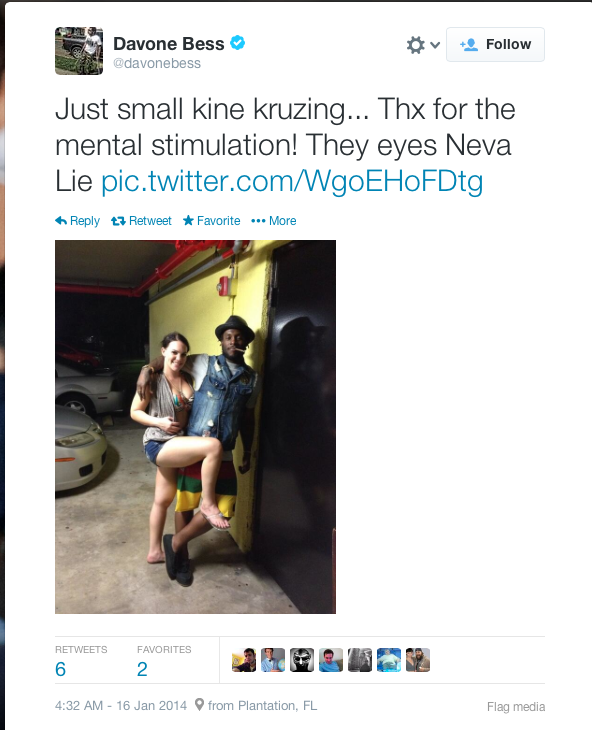 What I told you that Davone Bess decided to be a complete moron today? And we have the pictures!

As if all of this has not been enough, CBS4's report says Bess was taken into custody this morning after he was seen walking down the airport concourse acting "irrationally, dancing, signing with pants repeatedly falling down." When an officer asked Bess if he was alright, Bess grabbed a cup of coffee that "did not belong to him" and squeezed the cup to pour the coffee on the officer's uniform. Bess then took a "fighting stance" before the officer hit Bess with his baton in the leg, which had no effect. Bess then removed his shirt and resumed his "fighting stance," refusing to get on the ground as ordered. Once backup units arrive, Bess surrendered.

The Browns have issued the non-statement statement, saying they are aware of the arrest, and are looking into the matter.

#Browns statement on Davone Bess arrest: "The team is aware of the situation and currently working to gather more information.''

Davone Bess bonds out of jail, said nothing about incident at airport. @nbc6 @AdamHBeasley @OmarKelly pic.twitter.com/oGBgAdYund