Falcons vs Dolphins: A look back at the Dolphins defensive snap counts

The Miami Dolphins beat the Atlanta Falcons 27-23 on Sunday. This evening, we take a look back at the Dolphins' defensive snap counts from the game.

Share All sharing options for: Falcons vs Dolphins: A look back at the Dolphins defensive snap counts 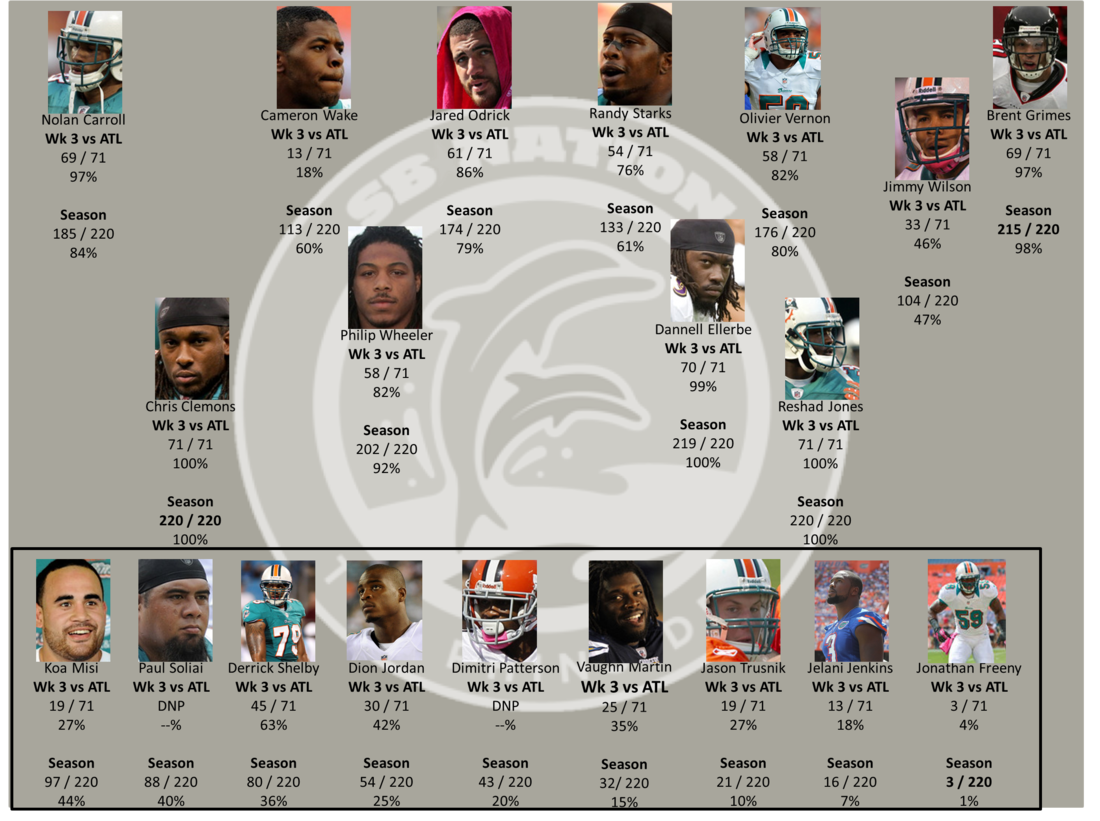 While the offense ran 56 snaps, as we saw earlier today, the defense was on the field for 15 more snaps, totaling 71 on the day.  Reshad Jones and Chris Clemons both played every snap, as they have in every game this season.  Dannell Ellerbe, meanwhile, played 70 of the 71 snaps, missing one after aggravating the pectoral/rib injury that slowed him all week.

Of course, the biggest news from the day was the loss of Cameron Wake for nearly the entire game.  The All Pro defensive end played 13 snaps before having to stalk the sidelines throughout the rest of the game.  Yesterday, he was diagnosed with a sprained MCL, an injury that could keep him out 2-3 weeks - although he has not actually been ruled out of the game this week at the New Orleans Saints.

Other injuries included Paul Soliai and Dimitri Patterson being inactive for the game, while Philip Wheeler and Koa Misi both missed snaps.  Earlier today, defensive tackle Vaughn Martin was placed on Injured Reserve following an undisclosed injury from the game.

Anything stand out to you?  Let us know in the comments below.