After a rather stellar performance in week 2, my bold predictions for week 3 were pretty shitty. My strikes assumptions can be best summarized by the following picture: 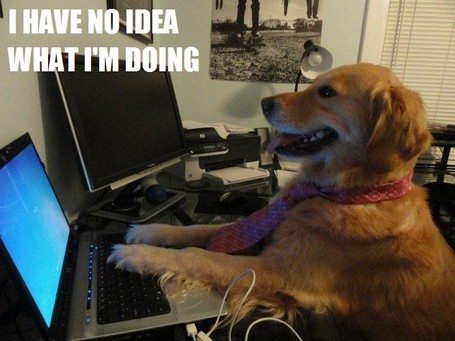 I mean, how I was supposed to know that Dwayne Bowe was only re-signed in Kansas City as a $56 million decoy to draw coverage away from their REAL weapon at WR; the unstoppable Donnie Avery? I went for the high risk, high reward pay-off of David Wilson's talent, and fell woefully short. The 49ers offense was atrocious, though Frank Gore had a nice game with over 100 total yards. As a whole, I'd give myself a 1.5 out of 5 on the strikes portion of last week's column. Some of you may find that to be generous, and I'd be hard pressed to argue. I will say that Pierre Garcon, Frank Gore and Lamar Miller all had decent production, so I gave myself a .5 point for each. If you are of the frame of reference that I should get negative points for Bowe, Wilson and the rest of the 49ers offense, so be it. Hopefully, the great advice I gave the previous week keeps me within your good graces. I do apologize.

Looking at last weeks gutters, I actually fared, rather well. Darren McFadden was awful last night and so was Maurice Jones-Drew on Sunday, but they were gifted a few TDs and because of where you drafted them I'm sure they were in your line-ups. Make no mistake though, they didn't have big numbers against horrible matchups. The rest were pretty spot on. Eddie Royal, Stevan Ridley and the Dolphins Defense gave you little to zero fantasy production. I'll take a 4 out of 5 for the week getting half points on McFadden and Mojo because of fluke touchdowns. Moving forward you obviously have to be very cautious about David Wilson, MJD and Stevan Ridley at running back. If you drafted Colin Kaepernick (like me), hopefully, you backed him up with someone decent like Tony Romo (like me). I'm pulling the plug on him for now. I can't promise that I'll try harder this week. But I'll TRY to try.

Julius Thomas: A very juicy matchup with a porous Eagles Defense at home. I'd expect another big game from this late round gem. I was able to secure both Orange Julius and Jordan Cameron in one league, and the one that has the monster game always seems to be on my bench. This week I'm going with Thomas again, though I do think Cameron is a must start every week going forward.

Andrew Luck: Against Jacksonville, who is without a doubt, the worst team in the NFL, I expect Luck to explode for a big game. I know the Colts are installing more of a power run game so far this season, but I expect them to let Luck sling it a bit more this week. Luck is a must start.

Darren McFadden: I know I had some harsh words about D-Fadd last week, but you have to love the matchup. If he can stay healthy and play the whole game, he should dominate as the Redskins may have the worst run defense in the NFL. I don't just mean statistically, I just mean they have been run over by LeSean McCoy, James Starks and Joique Bell.

Antonio Brown: The Steelers are bad. But so are the Vikings, especially their secondary. The Brian Hoyer led Cleveland Browns torched them in their own building. The Steelers can't run, so I expect many passes from Big Ben. You can bet that most of them will be to Antonio Brown.

Courtesy Dolphin Start of the week, Mike Wallace: Huge game for the fins on Monday Night Football. I think a bounce back game of sorts in line for Wallace who was quiet against the Falcons. I think he's the WR you want to start for the Dolphins this week.

Colin Kaepernick: Don't expect a bounce back game on the road vs. a team that had great success against the 49ers last season. The Rams seem to match up well with San Francisco. Also, Kap seems to have 0 chemistry with any of his WRs on the outside. I'm benching him for Romo this week, and honestly, I waited a little too long to do this and it cost me a win. If you drafted him, I hope you had a contingency.

Greg Jennings: If you drafted Greg Jennings this year, you were probably hoping for a decent WR3. In PPR leagues I suppose you could have done worse. But the truth of the matter is that the Vikings are horrible, and Christian Ponder should not be starting games in the NFL. The Steelers locked down Brandon Marshall on Sunday night (it was the only thing they did well) and should be able to keep the Vikings offense in check. If you can bench Jennings this week, you should.

Andre Johnson: The Seahawks come into Houston with best secondary in the NFL. Johnson has immense talent, but only middling QB play and he's been banged up. I don't feel good about playing him this week, but let's be honest, because of where you drafted him you kind of have to. Don't hope for big things from him this week though.

Giovanni Bernard/Benjarvus Green-Ellis: The Browns run defense is legit. I expect this match up to be a grind it out, old school AFC North contest where not a lot of fantasy points are scored. I wouldn't be surprised if one of them gets a TD, but it's tough to predict and rushing yards will be hard to come by.

Courtesy Dolphin Sit of the Week, the Defense: I hate to make the same pick twice in a row, especially given how hard and how well the team is playing. But the D is a little banged up, and the matchup is a nightmare. I was expecting more of a pass rush at home vs. the Falcons last week, and that didn't happen. Hopefully, they are able to generate pressure. The way this team is playing right now, I believe they can win against anybody. More importantly, THEY believe they can win against anybody. That said, this is a bad matchup. Sit the Defense if you have them.

As I alluded to last week, the gutters have begun to come into focus a little more. We are starting to see players for what they really are. However, great players always have bad games (See: Aaron Rodgers) too. It's been a crazy fantasy football season thus far, and that's why we are football fans. Best of luck in week 4. I hope I hit a few winners for you this time and as always if you have any questions, please leave them in the comments section below and I will answer them throughout the week.