The Miami Dolphins made one roster move yesterday that impacted the 53-man roster. We update our roster to reflect that change.

The Dolphins opened training camp and the preseason looking for versatile tight ends who could serve as a lead blocker, keeping the team from having to make substitutions when going to a two back set.  Ultimately, that led to the release of Jorvorskie Lane, who started off last preseason as an explosive lead blocker and ball carrier, but could not sustain that level.

The team claimed Rodriguez off waivers from the Chicago Bears, releasing Lane shortly thereafter.  But, as the preseason continued, it became clear that the Dolphins did not have a lead blocker without Keller.  Charles Clay, who played primarily as a fullback in his rookie year but has been an "h-back" tight end more than a fullback last year and this preseason, is adequate, but not someone who will clear a path for running backs Lamar Miller and Daniel Thomas.

The team needs someone to either get the one yard on 3rd-and-1, or clear the way for Miller/Thomas to get it.  That's what the team was missing.

Enter the claim for Clutts.  Clutts will be able to come in and serve as a lead blocker for the Dolphins.  He won't be a great one, as Brett Kollman of Battle Red Blog told us earlier, describing Clutts as "serviceable if you need a run blocker in a pinch."

With the Clutts claim, here is a look at the Dolphins' 53 man roster as it stands right now.  At least until the next acorn turnover. 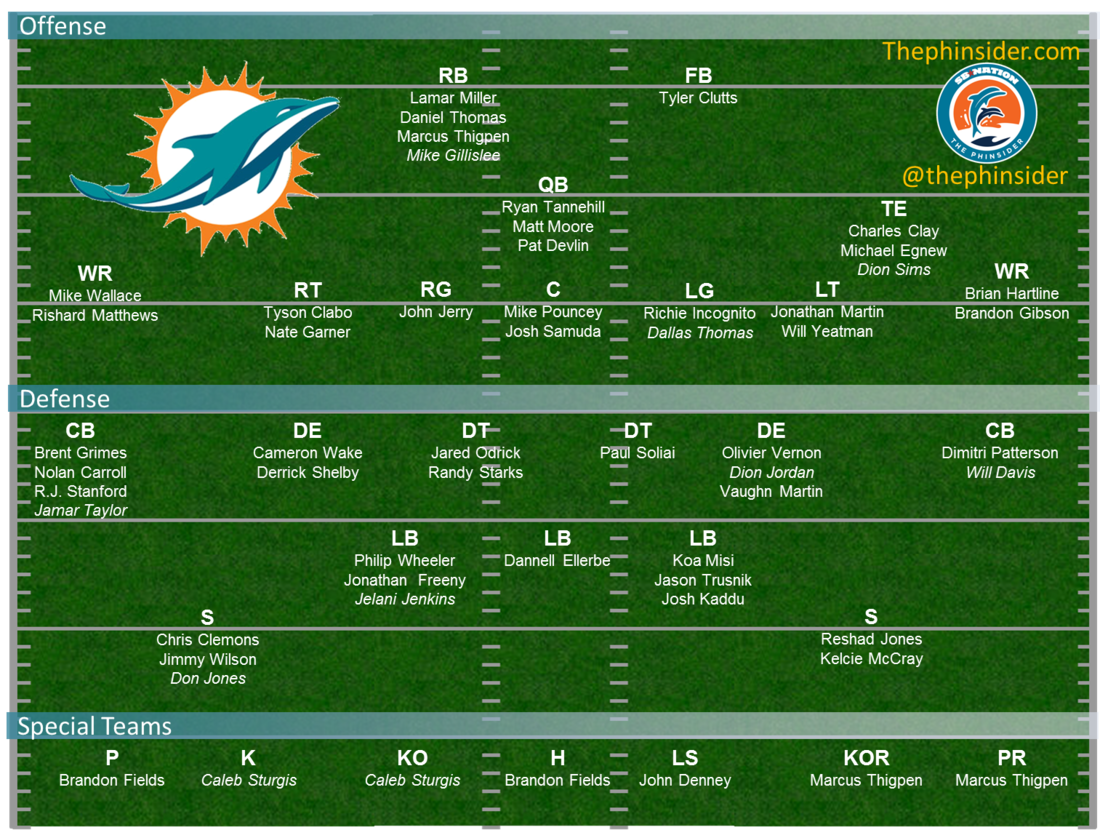