The Miami Dolphins beat the Indianapolis Colts 24-20 on Sunday to move to 2-0 on the season. Earleir today we took a look at the offensive snap counts for Miami from the win. Now, we turn to the defense. 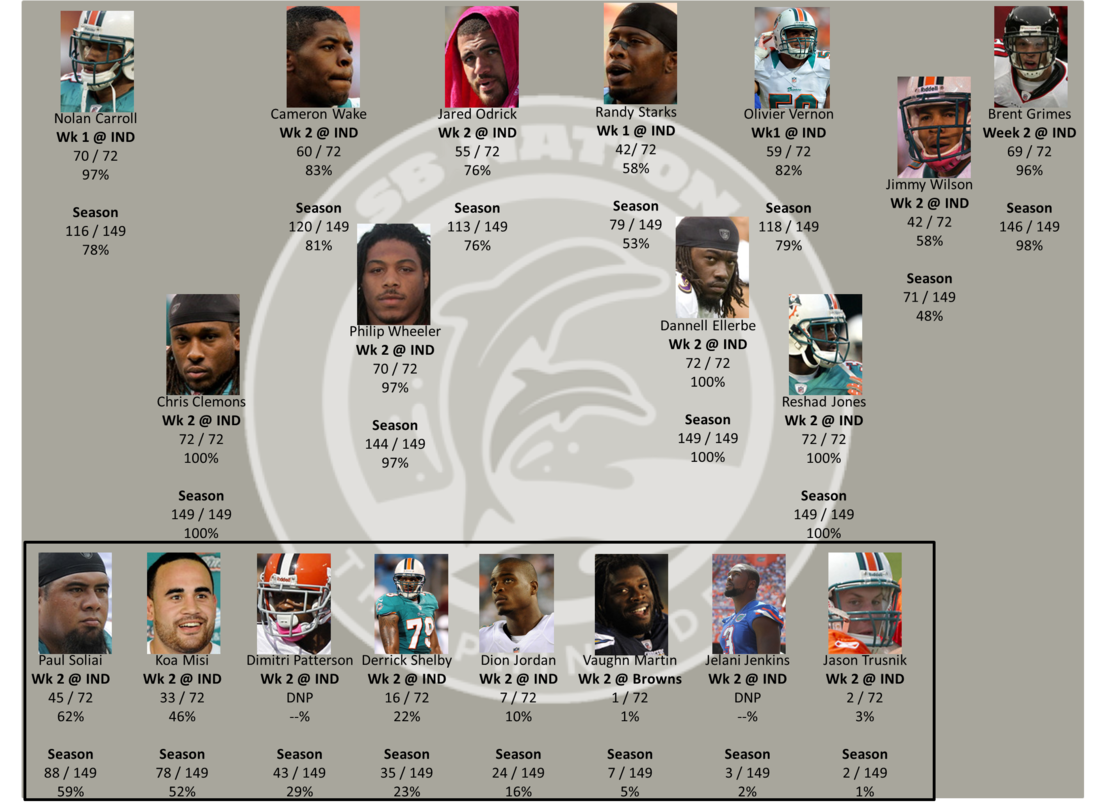 Before we take a look at some of the snap counts, you are going to notice that the Miami Dolphins' defense looks a little funny.  Paul Soliai and Koa Misi move out of the lineup section of the graphic and into the reserves.  The lineup that will be shown, in both the offense and defense snap count posts, is the most commonly used lineup by the Dolphins on the season.  Right now, the Dolphins have run 17 defensive plays using the lineup above.  The team has only run 12 play with the lineup we would all expect to see, Paul Soliai in for Randy Starks and Koa Misi at linebacker while Jimmy Wilson is out.

The defense was on the field for 72 snaps this week.  Reshad Jones, Chris Clemons, and Dannell Ellerbe played every one of those downs, and are all three at 100% of the snaps on the season.

Behind those guys, there's not a lot of surprising snap counts.  Soliai and Patterson have lower numbers because on injuries forcing them to miss time (Soliai) or the entire game (Patterson).  I would have thought Derrick Shelby and Dion Jordan could have had more snaps, given the ineffectiveness of Olivier Vernon on Sunday, but that did not happen.

As we asked at the end of the offensive snaps, what stands out to you?