The Miami Dolphins beat the Indianapolis Colts 24-20 on Sunday to move to 2-0 on the season. Today we take a look at the offensive snap counts for Miami from the win. 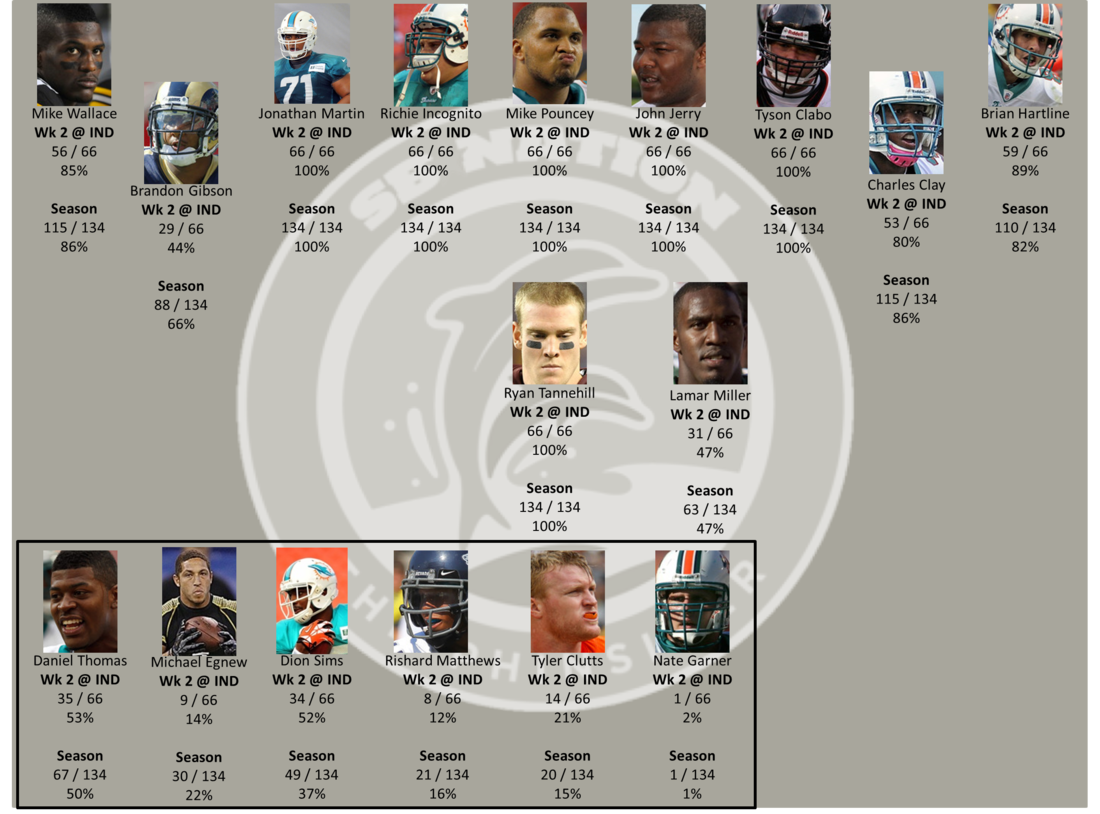 Lamar Miller continues to be used in the most common lineup, but Daniel Thomas actually is picking up more snaps than Miller. Right now, Thomas has taken half the offensive snaps of the season, while Miller is only at 47%, or four fewer snaps.

Big Play Charles Clay is earning his playing time, with 109 yards receiving, including a 67 yard catch and run, and a rushing touchdown, on his first NFL carry, on Sunday. Miami used a lot of two tight end sets against the Colts, with Dion Sims on the field for over 50% of the game. Michael Egnew saw his snaps come down, while fullback Tyler Clutts saw his go up. It will be interesting to watch to see how tied together those two are over the next few weeks.

I don't remember seeing Nate Garner on the field, and no offensive lineman missed a snap, so it's interesting that he got a snap this week. I'm assuming he lined up as a tight end somewhere in the game, but after two viewings, I didn't notice him.

Anything stand out to you? The defensive snap counts will come out later today.