The Miami Dolphins beat the Cleveland Browns last Sunday. We take a look back at the game through the defensive snap counts for all 18 players who took at least one snap for the Miami defense.

It's a bit late, but it's something I have been trying to get formatted correctly, so here is, finally, our defensive snap count for the Miami Dolphins' 23-10 win over the Cleveland Browns from last week.

Earlier in the week, I posted the offensive snap counts, but the format did not work quite like I wanted. So, I pulled the defensive counts until I had a chance to make something new. Hopefully you will be able to read this version a little easier: 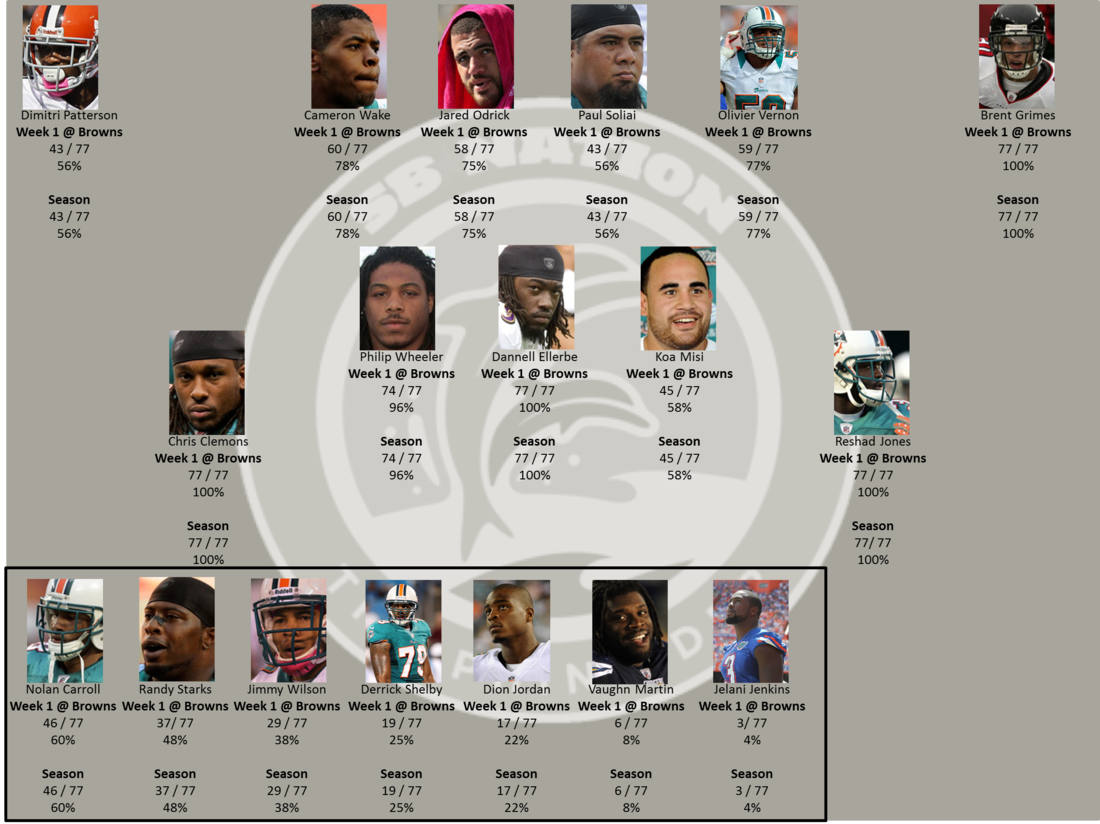 Nothing is really that surprising with the defensive snap counts this week. Nolan Carroll spent a little more time on the field than we probably would have thought when Dimitri Patterson had to miss some plays with the groin injury he is battling this week in practice. Only seeing Randy Starks for 48% of the game may be a little surprising, but when Paul Soliai dominated as well as he did, it's hard to justify pulling him for Starks.

I would expect to see Dion Jordan's snap counts slowly increase as the season continues. He also had 17 snaps on special teams.

What do you think? Anything stand out to you? Is this format better?