The Miami Dolphins released their updated preseason depth chart yesterday as the team prepares to face the Jacksonville Jaguars on Friday. 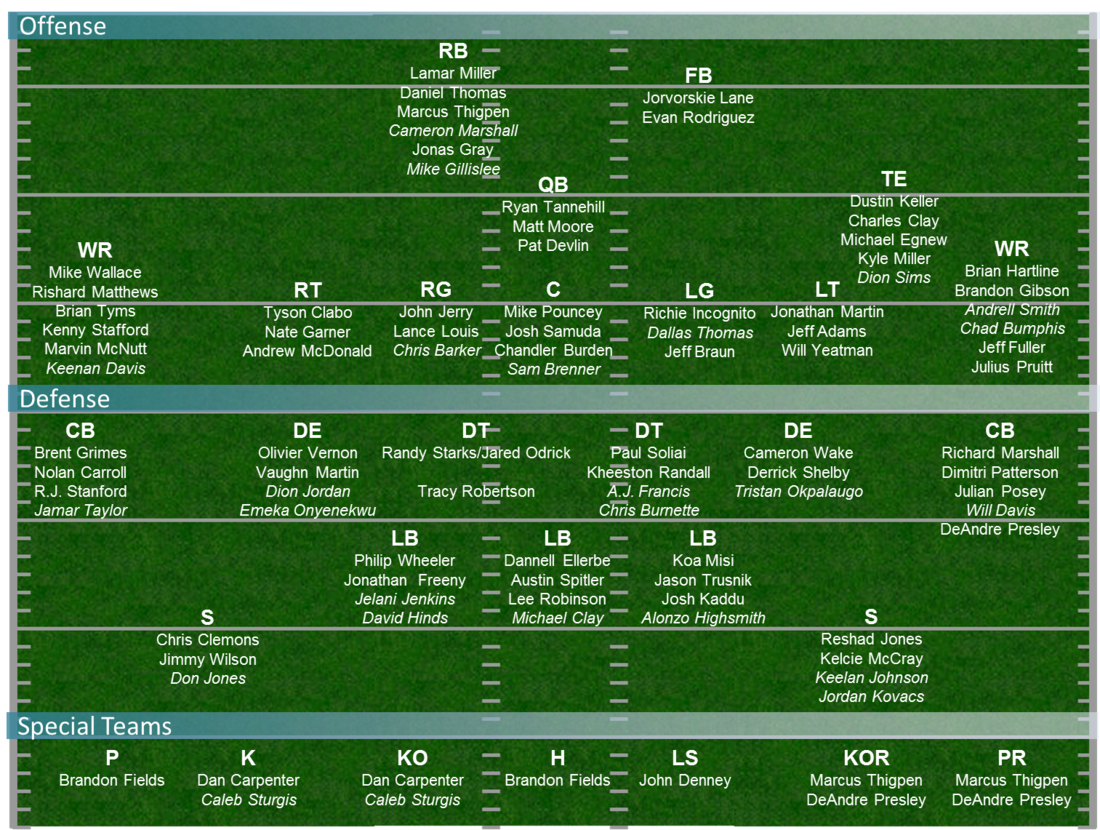 The Miami Dolphins have updated their preseason depth chart ahead of this Friday's contest against the Jacksonville Jaguars. While the depth chart is still highly fluid, with changes coming all the time, each snapshot gives us an idea of what the coaching staff is thinking for each player and position group.

Not surprisingly, the Dolphins made only one minor adjustment to the depth chart between the game two night ago, and the one coming up in three days. Rater than listing Brian Thomas, who was the third left guard heading into the Hall of Fame Game but was waived/injured the day before the contest, they now have the newly signed Jeff Braun in that same slot.

There are still a couple of things I find a little strange about the depth chart as the team has it listed. The first is DeAndre Presley, who is the second string returner for both punts and kicks, but is the last cornerback on the chart.

It's also odd that Cameron Wake is listed as the right defensive end. It's almost like the defensive line is backwards from the way they normally line up.

Finally, it will be interesting to see if Caleb Sturgis, who is still listed as the second kicker, takes the field for all the kicking duties, like Dan Carpenter did during the first game.

Again, this is just a very tentative depth chart. It will change a lot between now and Week 1.