Throughout the summer, NFL.com's Around the League has been counting down the top 40 players they see "Making the Leap" in 2013. Yesterday, they selected Miami Dolphins quarterback Ryan Tannehill as the top player set to breakout this season.

After becoming the first Miami Dolphins quarterback to start every game in his rookie season, Ryan Tannehill now comes into his second year looking to carry the Dolphins back to respectability. The team spent millions of dollars this offseason to give Tannehill as much of an opportunity to do exactly that as they can. Now, it's up to the Texas A&M alumnus to execute. 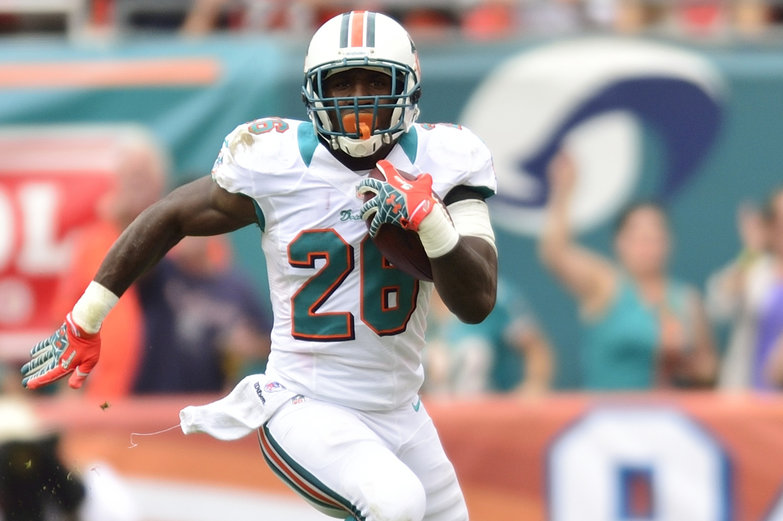 NFL.com’s Around the League is profiling 40 players they see “Making the Leap” in 2013. Miami Dolphins running back Lamar Miller is the 20th player on the list.

NFL.com's Around the League thinks he will be able to do just that. All summer, ATL has been counting down the top 40 players they see "Making the Leap" in 2013. After seeing Dolphins running back Lamar Miller earlier this summer land on the list, Tannehill now sees his own name make the countdown. But, he did not just make the list. Tannehill took the top spot.

When Miami made Tannehill the eighth-overall draft pick in 2012, most draft experts anticipated a raw project headed for a red-shirt season. With just 20 college starts at Texas A&M, Tannehill wasn't forecast to win the Dolphins job as a rookie. He wasn't expected to play with such confidence or do so many of the little things well, either, but he did. And that's why Tannehill's here at No. 1.

The road to Tannehill making that leap is not perfectly clear, as Sessler points out. He has to overcome a questionable offensive line this year, one that could have as many as four players in new positions when the league starts. Tannehill also has to cut down on the turnovers in 2013.

In explaining his expectations of Tannehill this year, Sessler wrote:

His teammates have praised Tannehill's work ethic, maturity and production in practice. He went a week without an interception in training camp and seems uncowed by the big stage.

Dolphins fans have waited for a quarterback since Dan Marino exited stage left. Tannehill, already a solid starter, has the chance to be a top-10 arm in 2013.