The Miami Dolphins have completed the necessary 22 roster cuts to bring the team from 75 to 53 players. With those moves announced, we now take a look at the 53 players still standing.

The Miami Dolphins (finally) announced their 22 roster moves for the day, bringing the team from 75 players down to 53.  You can see all of the roster cuts here.  With all 22 cuts complete, we now can take a look at the 53 man roster, as it currently stands. 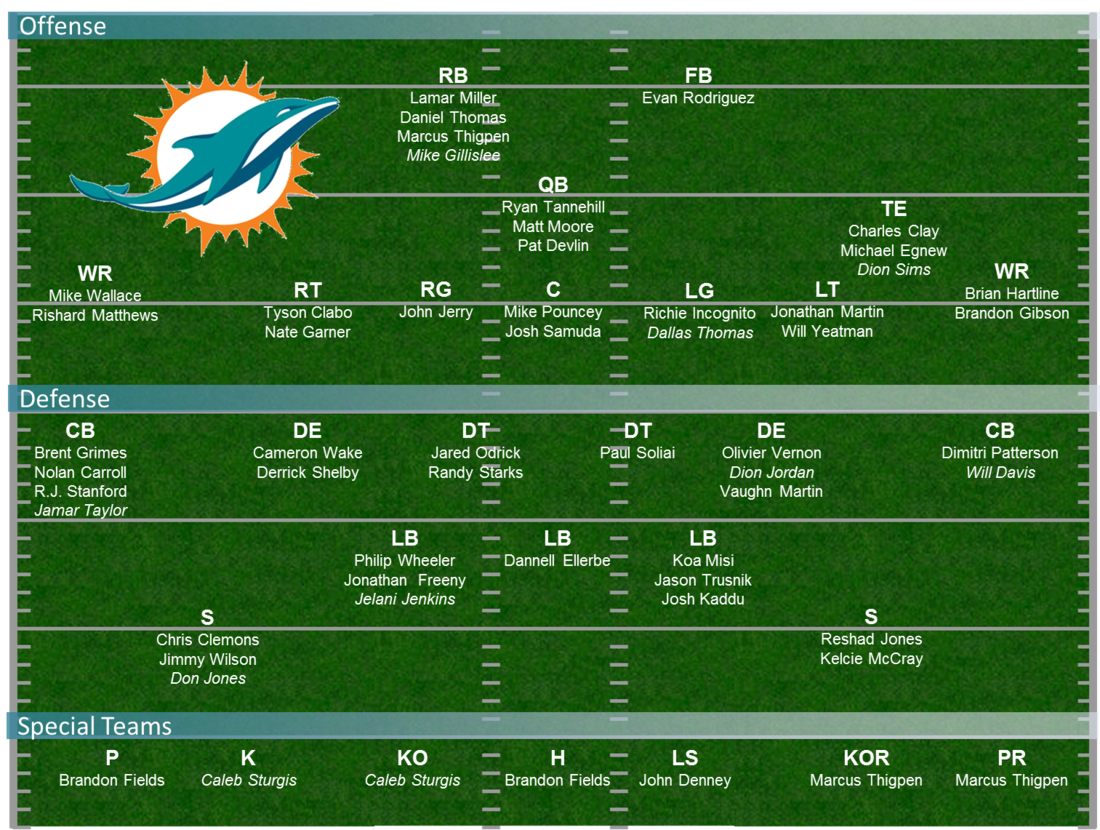 Of course, this is the roster as of right now.  By this time tomorrow, it can be updated, as waiver claims come in, or players are signed from free agency.  The team will also be able to sign their practice squad tomorrow afternoon.