The NFL has fined Miami Dolphins safety Jimmy Wilson for his late hit along the sidelines during the team's game against the Jacksonville Jaguars.

According to a USA Today report, the NFL has fined Miami Dolphins safety Jimmy Wilson for his late hit during the Jacksonville Jaguars game last weekend.  During the opening drive of the second half, Jacksonville quarterback Mike Kafka scrambled for 12 yards, then ran out of bounds.  Wilson then threw a shoulder into the quarterback, drawing a 15-yard penalty. 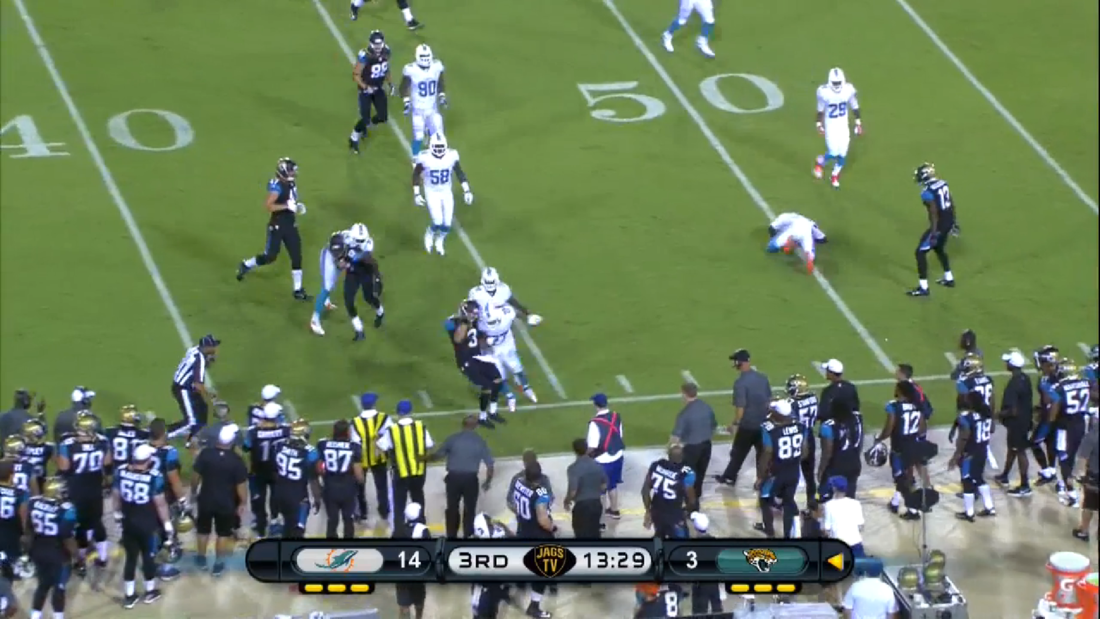 The league fined at least 14 other players today.  Five of those fines were for $15,750, including the horse collar tackle Detroit Lions linebacker Travis Lewis used on New York Jets running back John Griffin.  The tackle broke Griffin's leg and ended his season.