The Miami Dolphins have announced the team re-signed quarterback Aaron Corp. Corp was waived by the team at the end of July.

The Miami Dolphins filled their vacant roster spot today with the signing of free agent quarterback Aaron Corp.  Corp spent the early portion of training camp with the Dolphins before being released July 28.  The signing of Corp could signal a set back for third string quarterback Pat Devlin, who injured his calf during the Hall of Fame Game against the Dallas Cowboys. 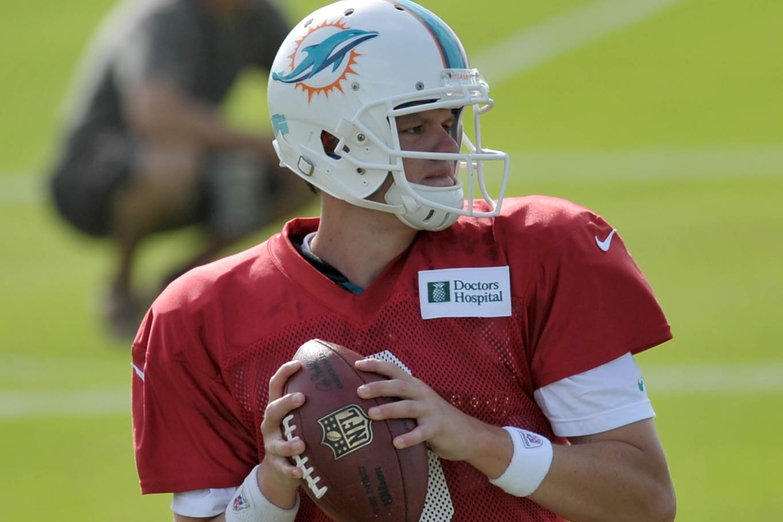 Over the course of the offseason, we will take an in-depth look at every member of the Miami Dolphins' roster. All 90 players will be spotlighted. Today, we look at quarterback Aaron Corp.

Devlin has practiced since the injury, and did participate in the team's second preseason game at the Jacksonville Jaguars.

Corp first joined Miami back in May, signing a one year deal.  As an undrafted free agent in 2012, Corp originally signed with the Buffalo Bills, but was released a few weeks after the draft.  He again signed with the Bills this past February, before being released after the 2013 Draft. He was a member of the Dallas Cowboys for two days in May before signing with the Dolphins. He played for USC and Richmond in college.

Corp will likely serve as a camp arm, keeping the team able to run multiple sets of the offense simultaneously, while letting Devlin recover.  Corp remains a long shot to make the 53-man roster, but the fact that the Dolphins are keeping him close at least indicates they see some sort of potential in him.