The 1972 Miami Dolphins, the only team in NFL history to complete an undefeated season, will be honored with a White House visit this month.

The 1972 Miami Dolphins beat every single obstacle put in front of them, from 17 NFL opponents, including the Washington Redskins in Super Bowl VII, to a broken ankle from quarterback Bob Griese. The team, however, had never made the now traditional trip to the White House to meet with the President following their championship. 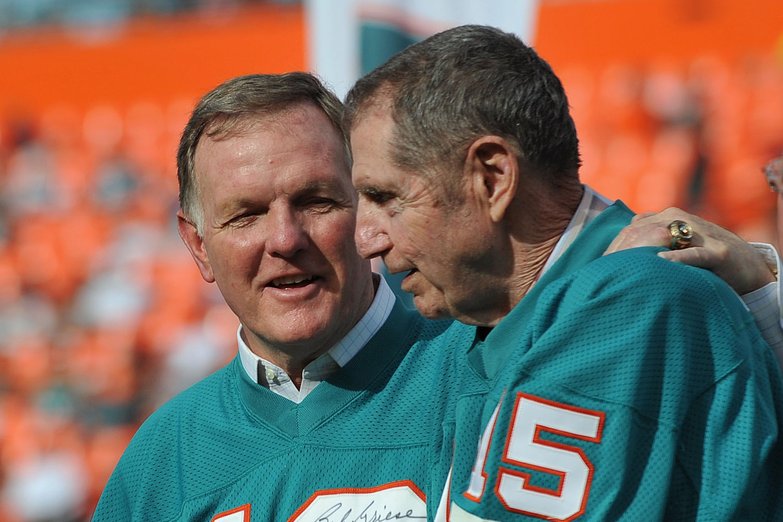 Continuing a re-publication of my Historical Perspective series, looking back at the history of the Miami Dolphins. Today, we go back to the Undefeated 1972 season.

That changes this month. On August 20, President Barrack Obama will welcome the 1972 Undefeated Miami Dolphins to the White House to honor their historic season.

Current Dolphins owner Stephen Ross said of the invite from the President:

"The entire Miami Dolphin organization is very excited and appreciative that the 1972 'Perfect Season' team is going to be honored by President Obama at the White House. By going undefeated all year en route to a Super Bowl championship, the '72 Dolphins reached the pinnacle of sports achievement and set a standard for excellence that has yet to be duplicated. In addition, Coach Shula and his players were just as successful off the field in their charitable and civic activities, becoming role models for the South Florida community. The players and coaches are most deserving of this unique honor, and they are looking forward to their trip to the White House and their ceremony with the President."

Congratulations to the entire team on a long overdue celebration.