The Miami Dolphins held training camp practice 15 yesterday. Here is a look at what happened during the workout.

The 14th practice of the Miami Dolphins' 2013 training camp was yesterday. Here's a look at what happened throughout the day.


Our defensive players like to be on the attacking end of things, and we're good at it.-Kevin Coyle on the aggressiveness of the defense 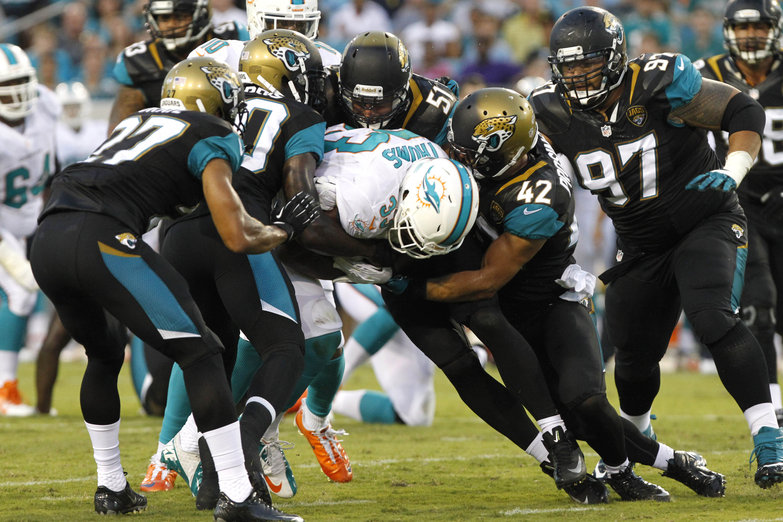 The Miami Dolphins beat the Jacksonville Jaguars on Friday night, coming away with a 27-3 victory. Did the win clear up any of the Dolphins’ position battles? Cloud any of them?