The Miami Dolphins held training camp practice 14 yesterday. Here is a look at what happened during the workout.

The 14th practice of the Miami Dolphins' 2013 training camp was yesterday. Here's a look at what happened throughout the day.


I'd probably say 40 percent maybe, 45 percent. -Mike Sherman on how much of the offense has been shown in the preseason

It appears the Dolphins are looking in-house for offensive tackle help. pic.twitter.com/wAZ15khMjG 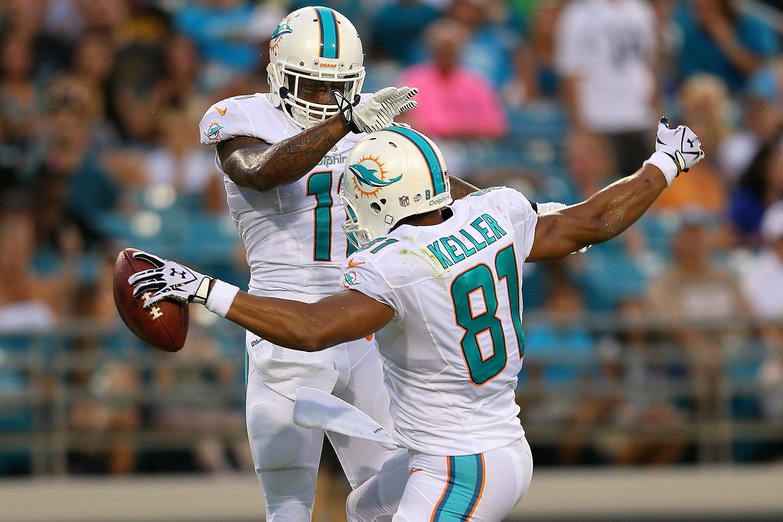 When Miami Dolphins quarterback Ryan Tannehill threw his last pass Friday night against the Jacksonville Jaguars, one things was immediately noticeable. None of those passes had gone to wide receiver Mike Wallace. Why not?