Although the 2013 NFL season has yet to start, it's not too early to take a look at potential free agents for next year. Here's a list of the players with expiring contracts for the Miami Dolphins.

We are closing in on the official start of the 2013 NFL season, with the Miami Dolphins reporting to training camp in less than two weeks. However, the 2014 free agency period should also be on our minds, specifically, which players from the Dolphins could potentially hit the open market next March.

Here's a look at players with expiring contracts after this season.

Dolphins not in contract talks with Soliai, Starks 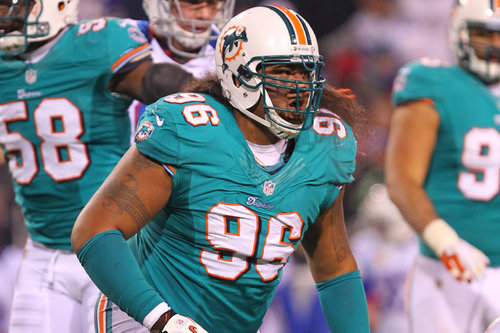 The Miami Dolphins seem ready to have the 2013 NFL season play out before deciding if they are going to re-sign either of their Pro Bowl defensive tackles. Paul Soliai and Randy Starks both become free agents after this year.

What do you think of the Miami free agents? Should Jones be the top priority? What about the Soliai/Starks situation?