Colin Kaepernick and his Dolphins hat: The 49ers QB responds

Share All sharing options for: Colin Kaepernick and his Dolphins hat: The 49ers QB responds

Call it "Hat-gate." At least, that's what is has become. Yesterday, we took a look at San Francisco 49ers quarterback Colin Kaepernick sporting a Miami Dolphins hat while attending a July 4th party. 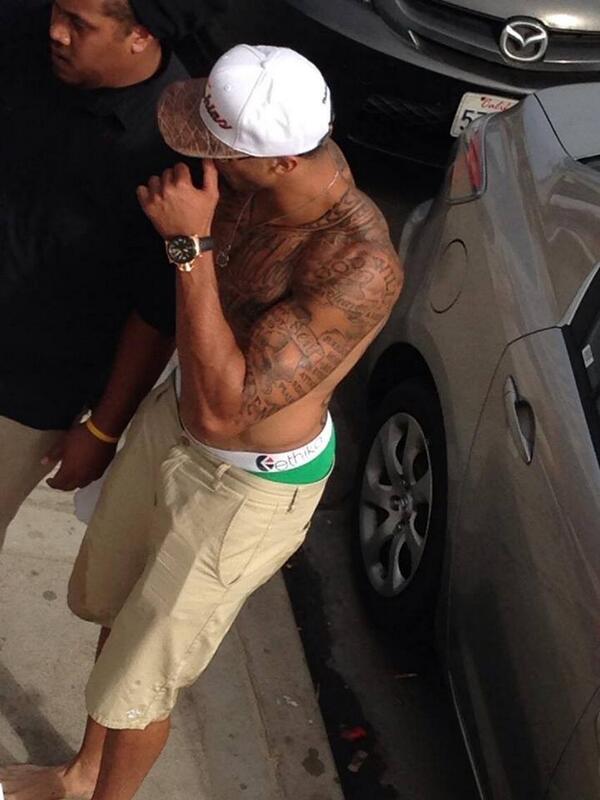 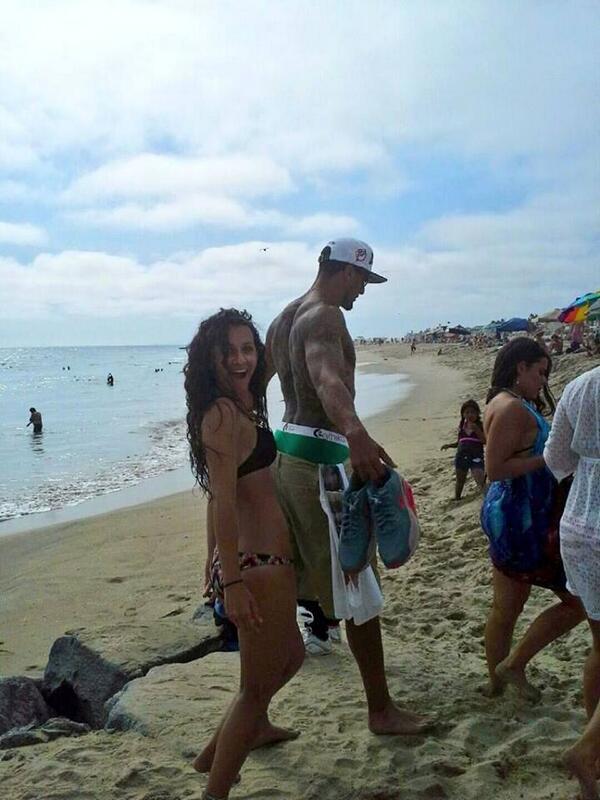 The pictures were picked up by NFL.com. USA Today, Fox Sports, and other sources, as San Francisco 49ers fans reacted to their franchise quarterback wearing our favorite team's hat. It got to the point that this idea became a talking point - at least to some fans:

@Kaepernick7 @NinersNation Wish they would've traded Kap and not Alex. No loyalty.

Of course, that's the extreme, and most of the fans were either annoyed by the picture, or didn't really care. However, the rhetoric was loud enough that Kaepernick himself responded. He posted this tweet:

This the hat y'all mad at? I'm goin wear what I want regardless of what you think, all you need to… http://t.co/w33gKBxZek 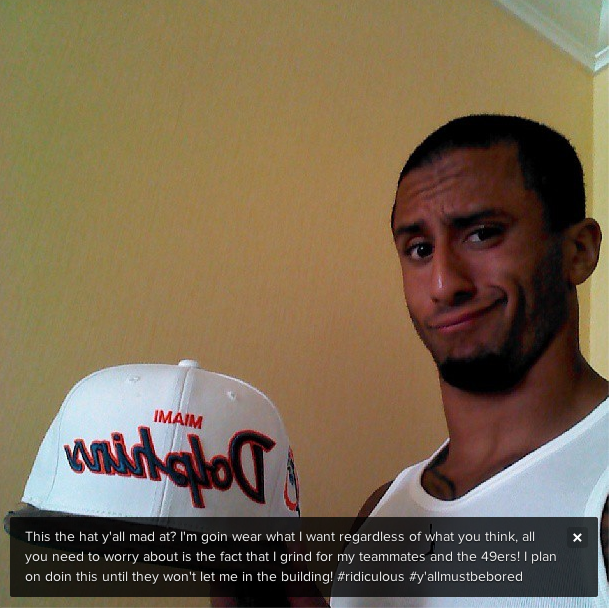 Once again, I ask, what are your thoughts on "Hat-gate?" Is there a lot here, or is is a lot to do about nothing?