Over the course of the offseason, we will take an in-depth look at every member of the Miami Dolphins' roster. All 90 players will be spotlighted, with the goal being to complete the look before the team's first preseason game (7 days from today). Today, we look at linebacker Michael Clay.

We are currently making our way through the Miami Dolphins' 90-man offseason roster, breaking down last season for each player, as well as what could happen this year. Today, we continue today with a look at linebacker Michael Clay. 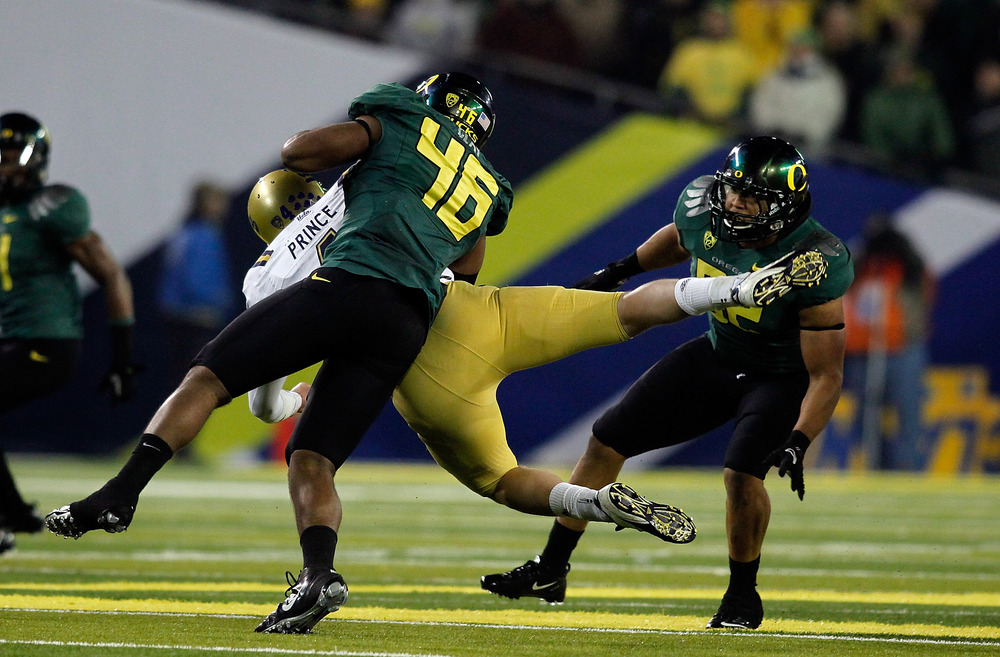 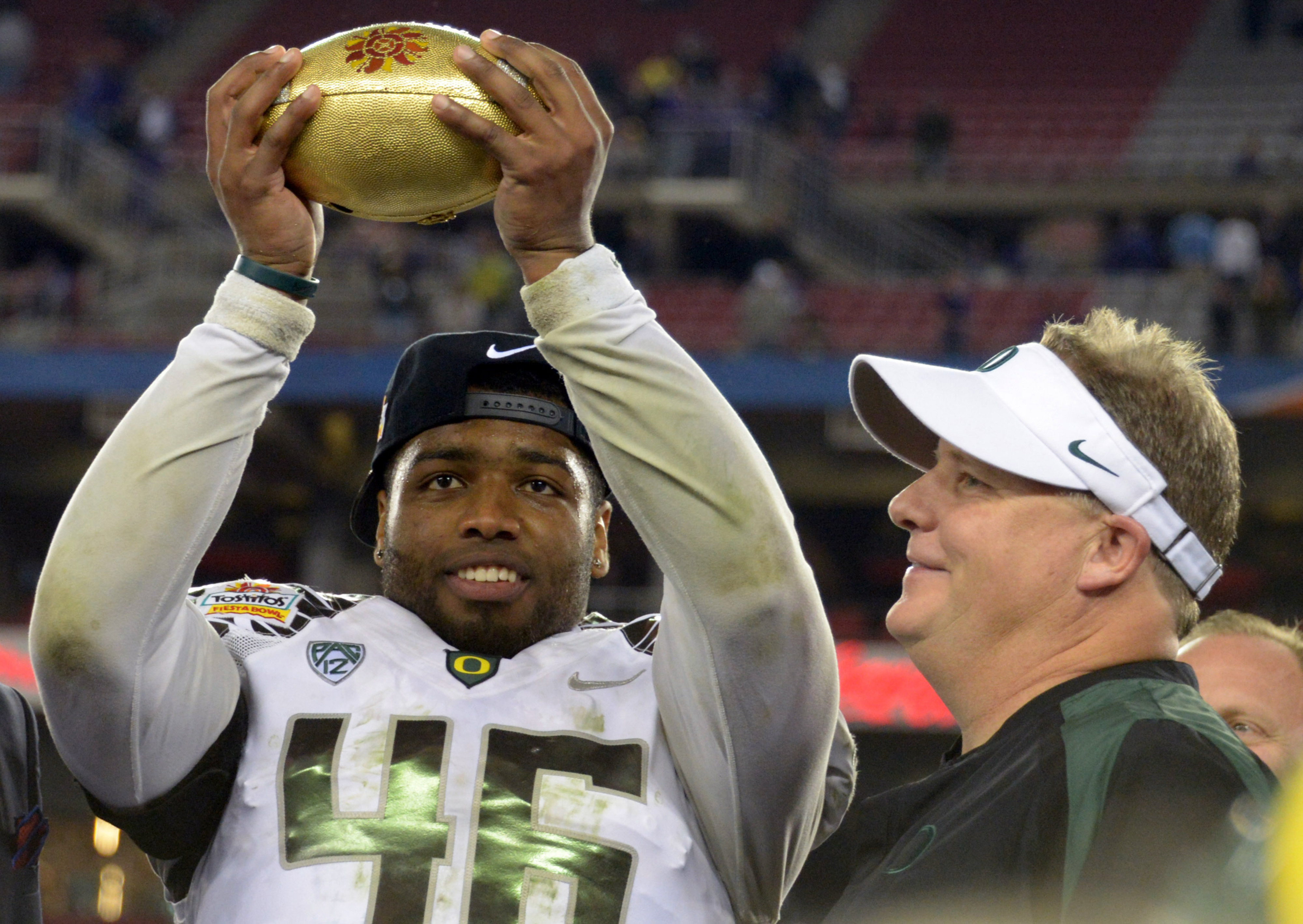 Clay's senior year fell right in line with what he had done in all four years at Oregon. Coming in as a true freshman in 2009, Clay say time as a reserve linebacker, recording 32 tackles (and serving as the starting long snapper, willing to do whatever was needed to get on the field). As a sophomore, he was once again a second team linebacker, still upping his tackles to 42 on the year. In 2011, Clay became a starter and dominated, recording 102 tackels, 8.5 for a loss, with three sacks and two interceptions. His 2012 senior campaign saw another 101 tackles, 10 for a loss, with three more sacks.

Clay played both the weakside, strongside, and nickel linebacker positions for Oregon, so he has the versatility to fill in wherever the Dolphins need him.

Stop me if you've heard this before. The Dolphins have a linebacker deemed too small to succeed at the NFL level, but is seen as having the sideline-to-sideline speed you would want in a prototypical linebacker and has the instincts to be able to get to a ball carrier, and knows how to read gaps to fill them against the run or pressure a quarterback on a blitz.

While no one is saying Clay is Zach Thomas, he sure seems to have the same scouting report as the Dolphins 5'11", 242 pound, 4.78 second 40-yard dash Ring of Honor member.

Clay has the versatility to play multiple positions among the linebackers, which could make him attractive to the coaching staff. He will not be asked to start on the defense, but instead to develop. His do whatever the team needs attitude will likely result in him happily playing special teams.

Zach Thomas was a unique player, and not one to easily be replicated. Even with similarities between the two, there's no guarantee Clay could ever reach the star level and Pro Bowls of Thomas. Clay will have to prove he can overcome the lack of height, which kept him from being invited to the NFL Scouting Combine and resulted him going undrafted.

It's probably 50/50 with Clay, and a slot on the practice squad cannot be ruled out. The linebackers are deep, with 12 on the roster right now, and some guys clearly ahead of Clay on the depth chart. But, given his willingness to play special teams and to do anything the team wants, he cannot be ruled out of grabbing a late spot and making the 53-man roster.