Yesterday, I asked Twitter for their predictions on how many sacks Cameron Wake will record in 2013. Here are the responses:

I posed another Miami Dolphins predictions question to Twitter yesterday, asking what defensive end Cameron Wake's season sacks total will be in 2013. Here is a look at the responses:

@thephinsider @Kold91- 13 hopefully Jordan will steal a few from him this year! #GoFins

@thephinsider @Kold91 at least one more than the NFL single season record!

@thephinsider @Kold91 I'm thinking around 10-12. Teams will pile people in front of him & make Vernon & Jordan beat the path to the QB. 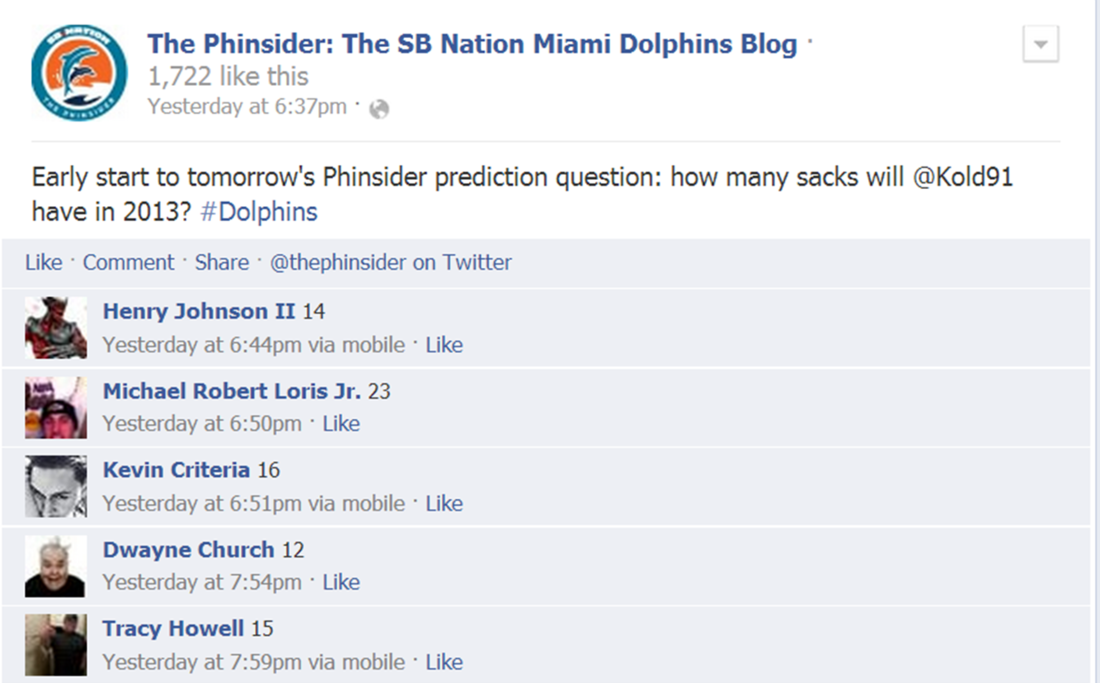 The Phinsider prediction, given all of the above answers, averages out to 17.75 sacks, so we will call that 18 sacks. A season total of 18 sacks would have given Wake the fourth highest total in 2012 - which is actually exactly where he finished with 15 sacks. The sack leader from 2012 was J.J. Watt with 20.5.

What do you think of the prediction? Vote in the poll, and comment below.