Over the course of the offseason, we will take an in-depth look at every member of the Miami Dolphins' roster. All 90 players will be spotlighted, with the goal being to complete the look before the team's first preseason game (25 days from today). Today, we look at running back/return man Marcus Thigpen.

We are currently making our way through the Miami Dolphins' 90-man offseason roster, breaking down last season for each player, as well as what could happen this year. Today, we continue today with a look at running back/ returner Marcus Thigpen. 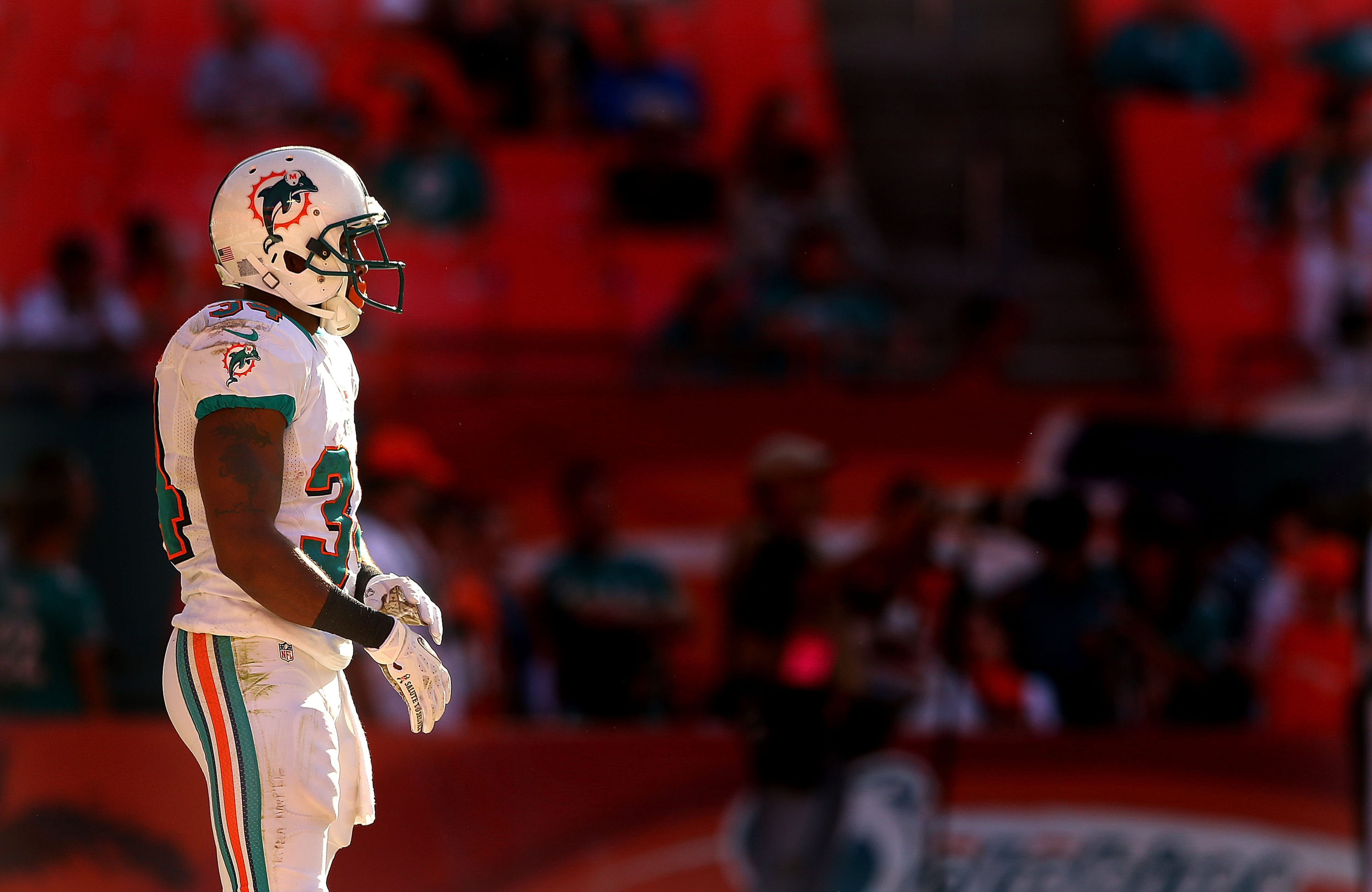 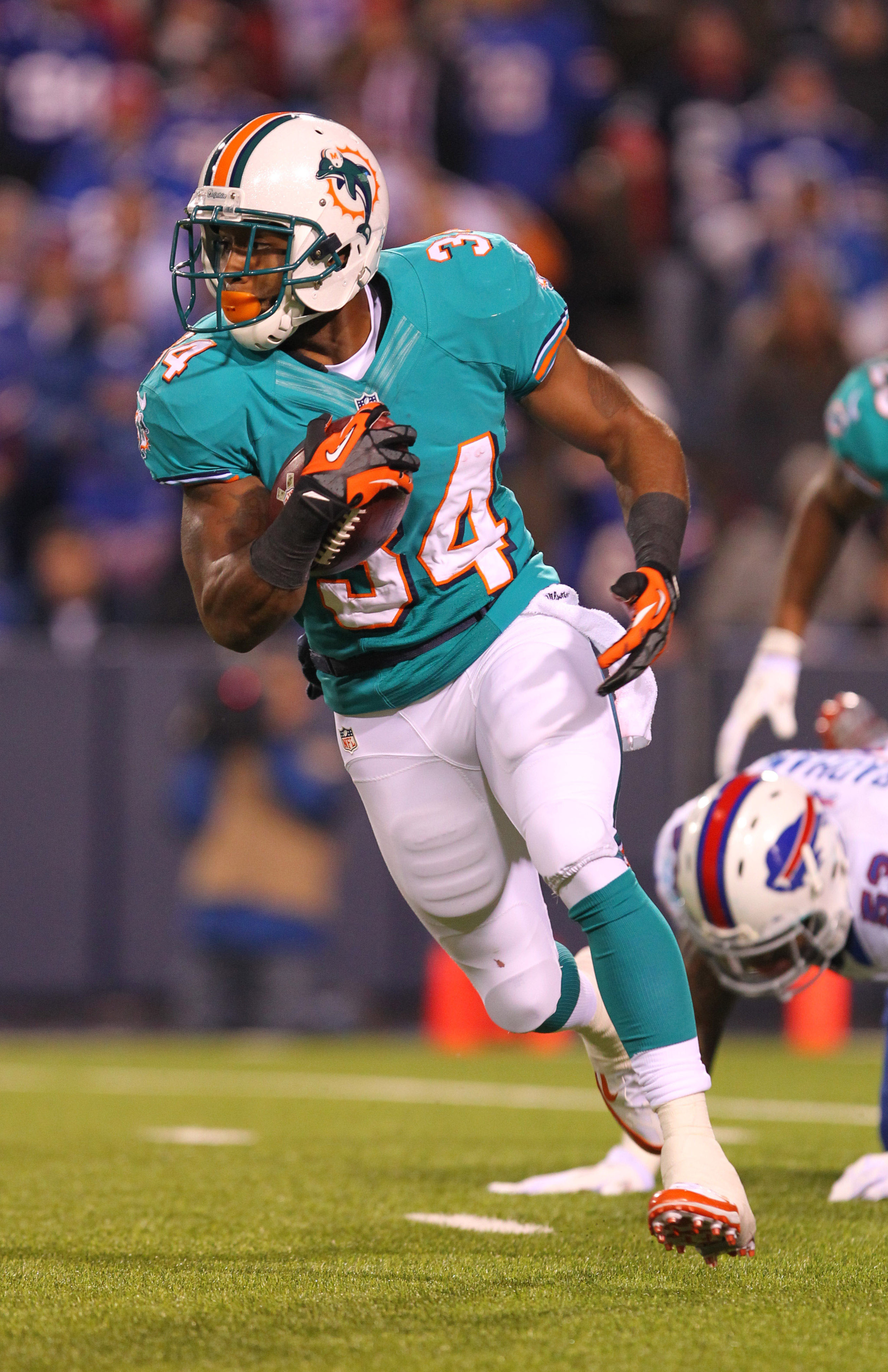 Undrafted out of Indiana in 2009, Thigpen originally signed with the Philadelphia Eagles. He then bounced over to the Denver Broncos before bouncing out of the league and into the Canadian Football League. There he spent one season with the Saskatchewan Roughriders and two years with the Hamilton Tiger-Cats.

The Dolphins signed Thigpen to a Reserve/Futures contract in January 2012, and the reserve running back showed exactly what he could do in the kick and punt return game throughout the preseason. Making the 53-man roster, Thigpen scored in his first NFL regular season game on a 72-yard punt return against the Houston Texans in Week 1 last season. He also scored a kickoff return touchdown later in the year, returning a ball 96-yards in Week 11 at the Buffalo Bills.

Thigpen's performance as a return man may have gone unnoticed around the NFL, but in Miami, he quickly became a favorite and a weapon. His 27.4 yards per kick return was good enough for fifth in the league last year, while the 12.2 yards per return on punts was fourth.

Last year, Thigpen was essentially an NFL rookie, although he was not listed as such having been signed into the league in 2009. In that first year of experience, he showed exactly what he could do with the ball in his hands on returns. Now, with a year of experience, and Davone Bess not cutting into his return numbers, Thigpen could become electric as a returner.

The team used Thigpen sparingly on offense, but did start working with him as a slot receiver, rather than a running back. If he can get comfortable this year with that kind of role, his flexibility to come in on offense and line up as either a running back or receiver could see him taking more snaps.

You could call it a sophomore slump. It could just be a one-year flash. Whatever you name it, it's possible that we do not see the same kind of explosiveness from Thigpen this season. Teams will have film on him now, and will be able to game plan their special teams coverage on him. There were times last season when he made "rookie" mistakes, fumbles or poor decisions, and he has to show that he has grown out of those.

While Bess being gone could mean more attempts for Thigpen, the team has been trying other players, including starting wide receiver Brian Hartline, as a punt returner. Bess was typically used deeper on the field, when the team was worried more about securing the ball than getting a good return. If the Dolphins' coaching staff does not feel like Thigpen has the hands to secure a punt deep into Miami territory, he could, again, see his punt returns split with someone else.

Thigpen should easily make the roster. The team has a good returner, who can explode and change field position, or score, when needed. What will be more interesting to watch is how Thigpen ends up being utilized in the offense. At best, he's the third running back on the roster right now (Lamar Miller, Daniel Thomas). Will he continue to only be a special teams player? Will they give him carries this year? Or, will he become a receiver?