Over the course of the offseason, we will take an in-depth look at every member of the Miami Dolphins' roster. All 90 players will be spotlighted, with the goal being to complete the look before the team's first preseason game (34 days from today). Today, we look at linebacker Austin Spitler.

We are currently making our way through the Miami Dolphins' 90-man offseason roster, breaking down last season for each player, as well as what could happen this year. Today, we continue today with a look at linebacker Austin Spitler. 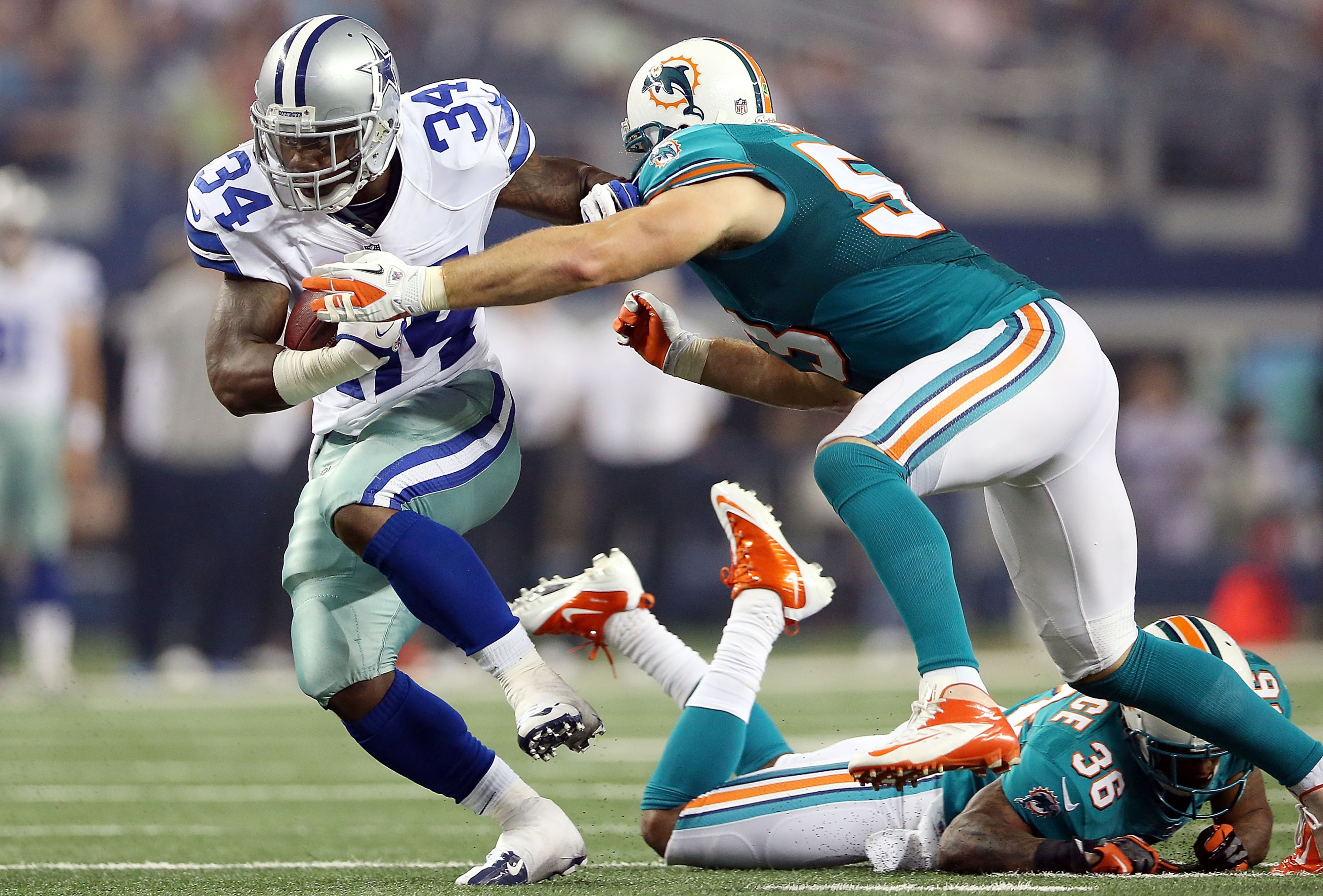 Spitler was purely a special teams contributor for Miami last season, seeing the field on defense on just 11 snaps. He is solid on special teams.

A restricted free agent after last season, Spitler signed a one year deal with the Dolphins for 2013.

Spitler continues to grow and develop, both as a special teams player and as a defensive reserve. He was a seventh round pick in 2010, so needing time to develop should not have been a surprise. Interestingly, Spitler spent time as the fourth linebacker during the team's offseason workouts, which could be a sign that he is getting ready to pay out on the three years of investment the team has put into him.

Of course, that was just a snapshot of what the media could see during the offseason workout, with the coaches just trying to get an idea of what Spitler brings back to the team in year four. In a crowded linebacker corps, Spitler could end up falling down the depth chart, which would make him once again have to prove himself as a special teams guru.

To be fair, Larry Izzo was that same type of player, and he made a career out of being a special teamer.

Honestly, I have no idea. Right now, I see him as the second string middle linebacker, but anyone could win that role, including Josh Kaddu, Jelani Jenkins, Alonzo Highsmith, David Hinds, or three or four other players. It really is a crowded linebacker group. I think I lean slight toward Spitler making the team, but that would be like 51% chance he makes it.