Over the course of the offseason, we will take an in-depth look at every member of the Miami Dolphins' roster. All 90 players will be spotlighted, with the goal being to complete the look before the team's first preseason game (57 days from today). For our second breakdown today, we look at punter Brandon Fields

We are currently making our way through the Miami Dolphins' 90-man offseason roster, breaking down last season for each player, as well as what could happen this year. We continue today with a look at punter Brandon Fields. 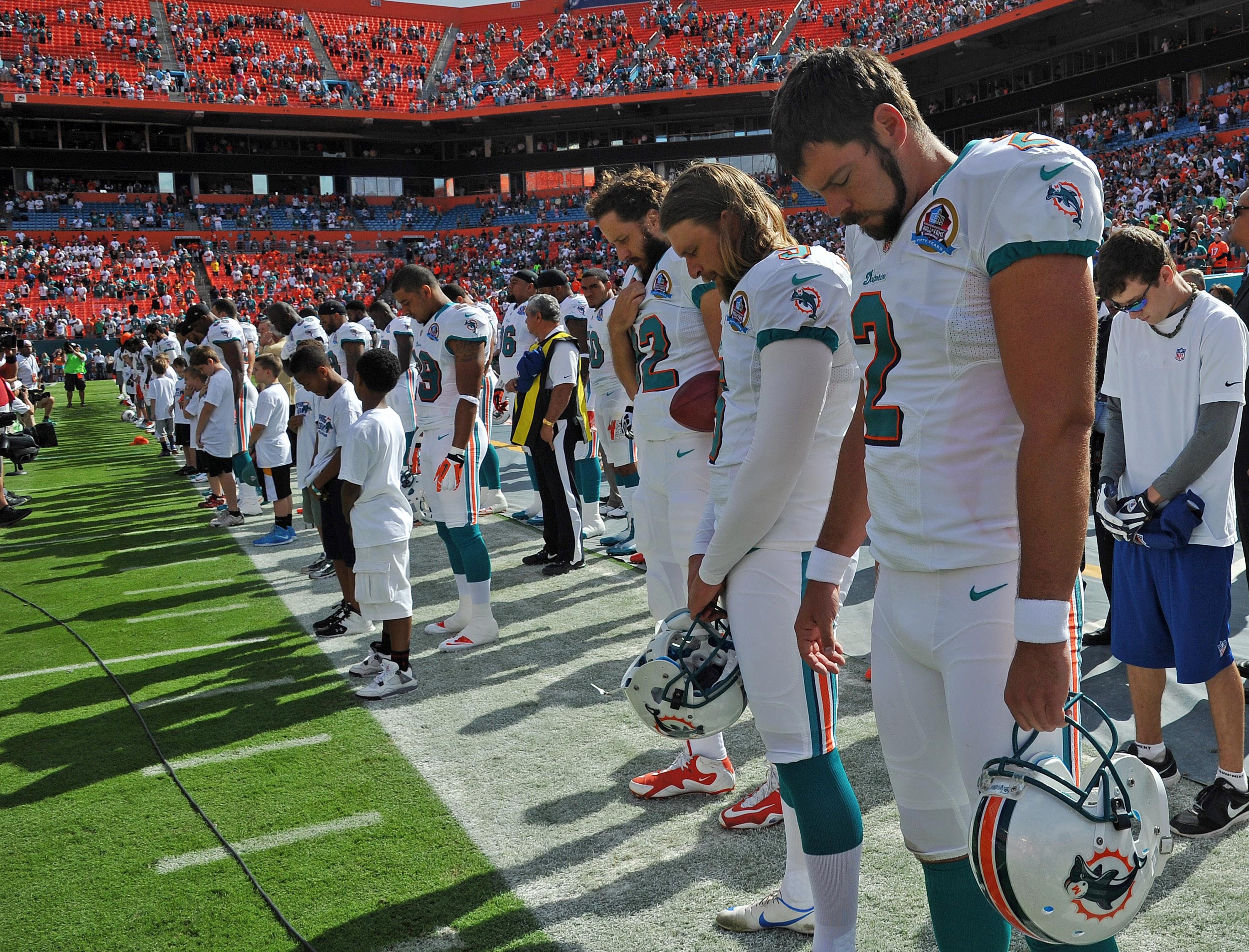 In 2012, Fields demonstrated again why he is considered a weapon for the Dolphins, despite being "just" a punter. He led the league with his ridiculous 50.2 yards per kick, and he truly changes field position every time he gets on the field. The Dolphins have a special punter, and 2012 showed that.

Somehow, Fields was left off the Pro Bowl, again. He was beaten out by Kansas City Chiefs punter Dustin Colquitt, who was 13th in the league in punt average (46.8), but had an AFC high 45 kicks inside the 20.

In the end, Fields is still a punter who is on the field about 70-75 times a season (not counting his position as the holder on field goals and extra points), but he really does have an impact in those limited times.

Fields punting average over his six year career has risen from the previous year each season, other than in 2010, where it dipped by one-tenth of a yard from 2009. Last season's average was 1.4 yards per kick more than in 2011. If he continues that upward trend, 2013 could be something really special.

But, let's be honest. Fields does not need to improve (except maybe in his fake field goal pass throwing abilities). Just stay consistent to last year's performance, and things will be just fine for Fields and the Dolphins.

You have to assume that the increasing yards per punt average will end at some point, and Fields will start to come down. Nothing says that this will be this year, but it will happen eventually. Even if there is some regression this season, coming down from over 50 yards per kick, and not being the top kicker in the league, will not be the end of the world.

Other than assuming Fields is human, there really isn't any other reason to think a regression is in his future.

Who else is going to punt for the team? There's not another punter on the roster right now, and there's not exactly a lot of 50+ yards per kick punters just hanging out somewhere. Fields is safe.