Over the course of the offseason, we will take an in-depth look at every member of the Miami Dolphins' roster. All 90 players will be spotlighted, with the goal being to complete the look before the team's first preseason game (57 days from today). Today, we look at cornerback Will Davis.

Share All sharing options for: Dolphins Roster Breakdown: Will Davis

We are currently making our way through the Miami Dolphins' 90-man offseason roster, breaking down last season for each player, as well as what could happen this year. We continue today with a look at cornerback Will Davis. 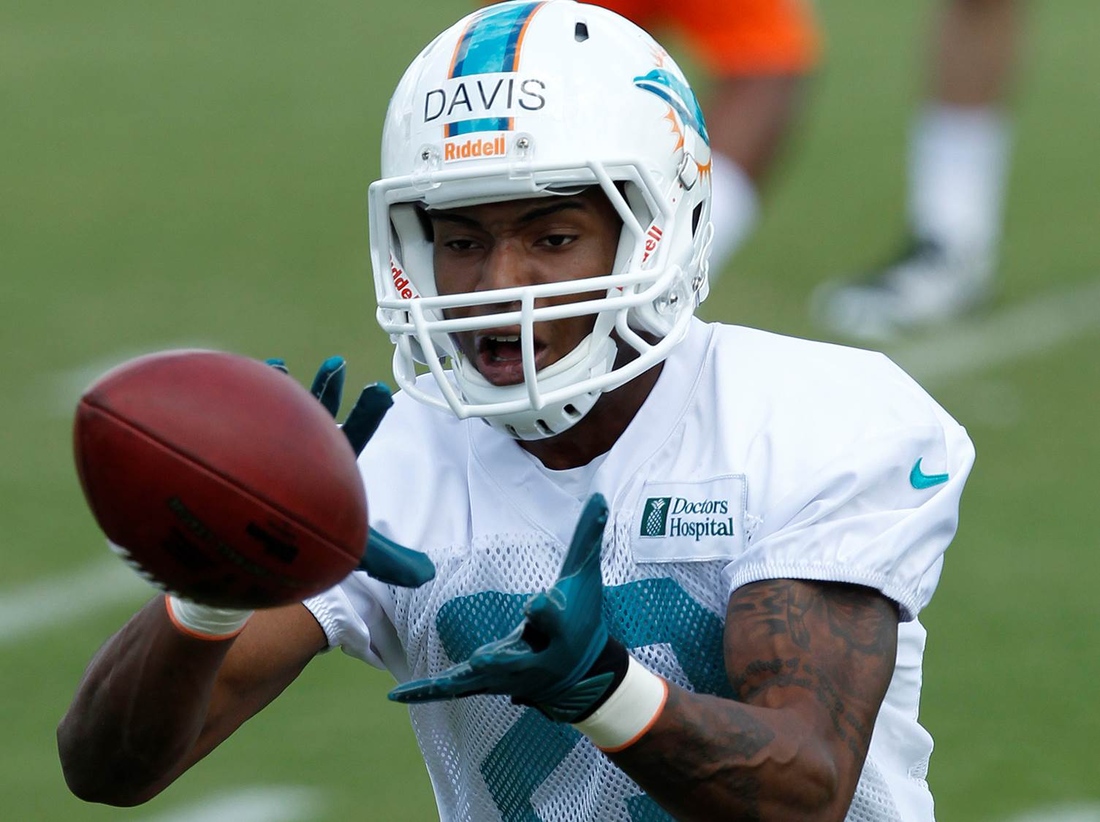 The Dolphins added Davis with their second third round pick in April's Draft, doubling down on cornerback on the selection meeting's second day after adding Boise State's Jamar Taylor in the second round. Davis is an athletic cornerback, with good size and speed. His pre-draft scouting reports state that he is fluid in coverage, and succeeds playing the press.

As a senior, Davis was a First Team All-WAC selection and demonstrated exceptional on-ball skills, as well as a physical style of play. He also proved that he is a solid, down field tackler.

Besides being a rookie, Davis is still learning the sport and the position. He only played one year of football in high school, instead running track and playing basketball. He started his college career at Western Washington in 2008, only to see the school disband the football program after Davis redshirtted his freshman year. He then began playing junior college football at De Anza (CA) College in 2009. In 2010, he transferred to Utah State, where he played the 2011 and 2012 seasons, playing in 26 games.

With just those 26 games at a Division I school, Davis has plenty to learn, but his potential is there. He could develop nicely for Miami, especially with defensive coordinator Kevin Coyle's secondary coach background.

Davis is simply raw. He has a steep learning curve in front of him, and he is going to have to work hard to get there. He's not going to be asked to start as a rookie, and may not be in the first set of reserves, so he has some time to work on his technique and develop. But it is all going to come down to him putting in that work and, in just his sixth year of football, be able to get ready for the NFL.

Like Michael Egnew last year, Davis may need his rookie campaign to simply be a "redshirt" season at the NFL level. But, he will probably do it like Egnew did - on the roster.