The NFL has suspended Cleveland Browns wide receiver Josh Gordon for the first two games of the 2013 NFL season. Those contests include the season opener with the Miami Dolphins.

In the second round of the 2012 NFL Supplemental Draft, the Cleveland Browns selected former Baylor wide receiver Josh Gordon. Gordon was considered a risk after having multiple drug incidents, ultimately leading to him being kicked off the Baylor team. He transferred to Utah, sitting out the 2011 season, then failed another drug test and declared for the 2012 Supplemental Draft. 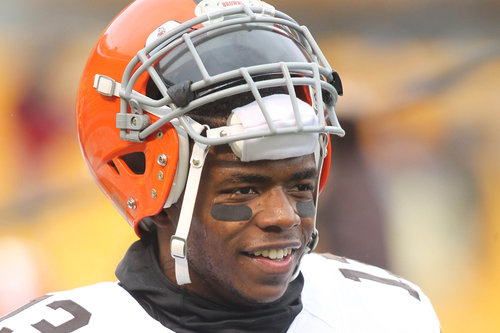 The Browns selected the receiver, who then thanked the team for "taking a risk on him, so that he can prove the problems of his past are history."

During the Browns' 2012 campaign, Gordon finished the season with 50 receptions on 96 targets, for 805 yards and 5 touchdowns. He was the most targeted receiver for Cleveland last year, with team highs in yards and touchdowns.

Now comes a two game suspension for failing a drug test within the NFL's testing program, along with a four game check fine. Gordon explained the test, including admitting it was for codeine, with the following statement:

In February, I was diagnosed with strep throat for which a doctor prescribed antibiotics and cough medicine. Apparently, the medicine I took contained codeine, which is prohibited by the NFL policy. The policy terms are strict about unintentional ingestion, but the NFL has not imposed the maximum punishment in light of the facts of my case. Therefore, I have chosen to be immediately accountable for the situation. I sincerely apologize for the impact on my team, coaches, and Browns fans. I look forward to working hard in training camp and pre-season, and contributing immediately when I return in week three.

The two game suspension for Gordon means he will miss the game against the Miami Dolphins. It will clearly be an assistance to the re-designed Dolphins secondary, having the Browns' top receiver from 2012 not available. Behind Gordon, the Browns have Greg Little, former Miami slot receiver Davoen Bess, and David Nelson.

Miami will play the Browns in the season opener Sunday, September 8, in Cleveland.

For more on the Gordon situation, or anything Browns related, check out Dawgs by Nature.